Sarah Anderson started City of Industry, her online business that’s since become a brick-and-mortar shop in Salt Lake City, Utah, because she wanted a pin that didn’t exist.

It was of an opened envelope, which she’d wear to signal her love for stationery. Despite not being a trained product designer - she majored in English Literature - Sarah decided to make it herself. 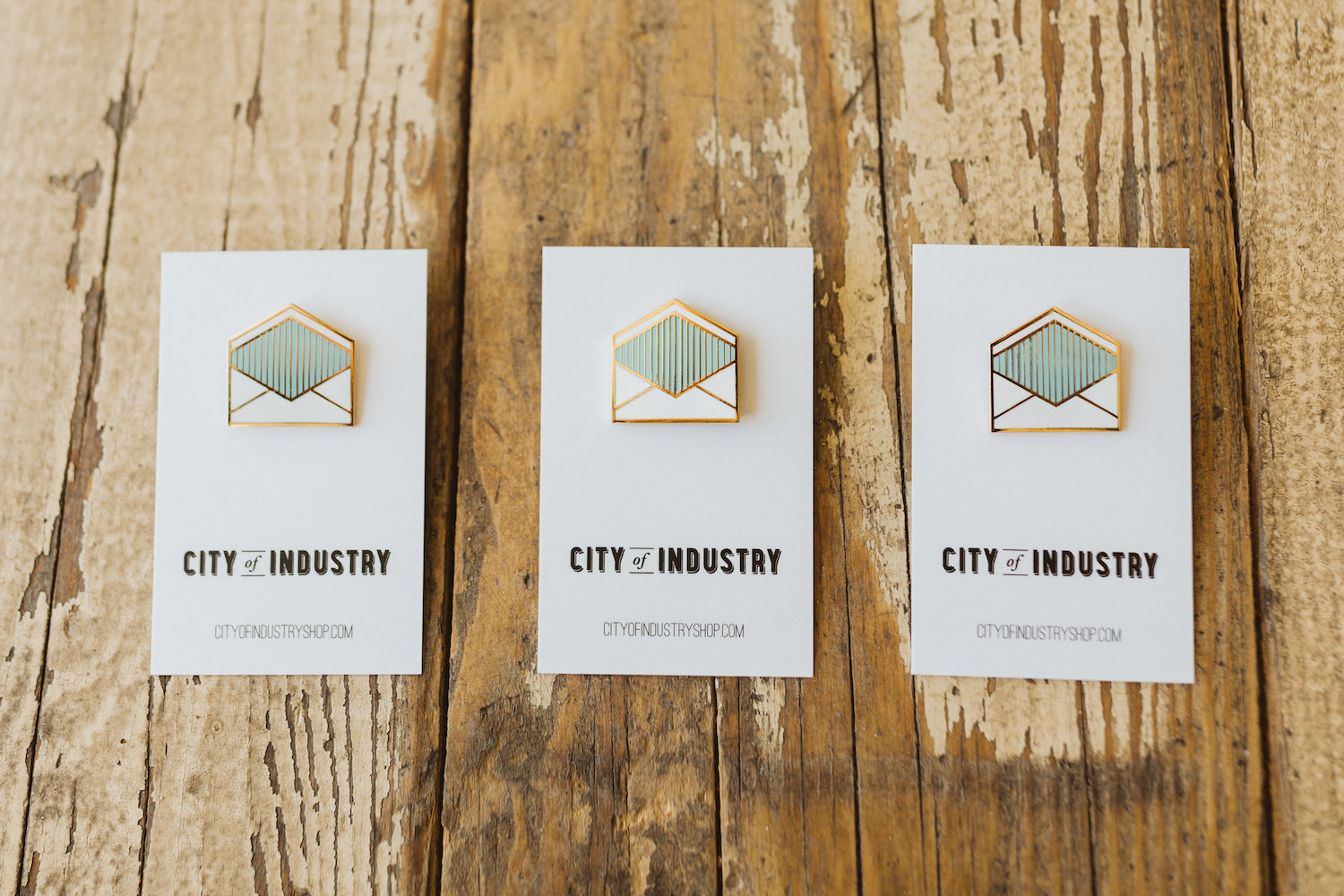 The only problem was a minimum order of one hundred units. She remembers asking herself: How bad do I want this? The answer was pretty bad. After receiving a box of 100 pins at her Brooklyn apartment, she launched an online shop called City of Industry, with one product for sale. She was suddenly, unwittingly, a business owner. She immediately received her first order. It was from her father. She needed to sell at least twenty more pins to recoup the cost of production.

At the the time, in 2013, Sarah worked at Tattly, the Brooklyn-based company specializing in temporary tattoos designed by contemporary artists. She had been there for about a year-and-a-half, working her way up from a packaging assistant to a wholesale manager, which gave her a behind the scenes look at how wearable art was produced, packaged, and sold. The job emboldened her. “Working at Tattly gave me a lot of confidence that I could make something work, because I saw that happening,” she says, over the phone from Salt Lake City. “It’s also not a coincidence that I chose a small wearable accessory that could be worn on any body regardless of size or gender.” 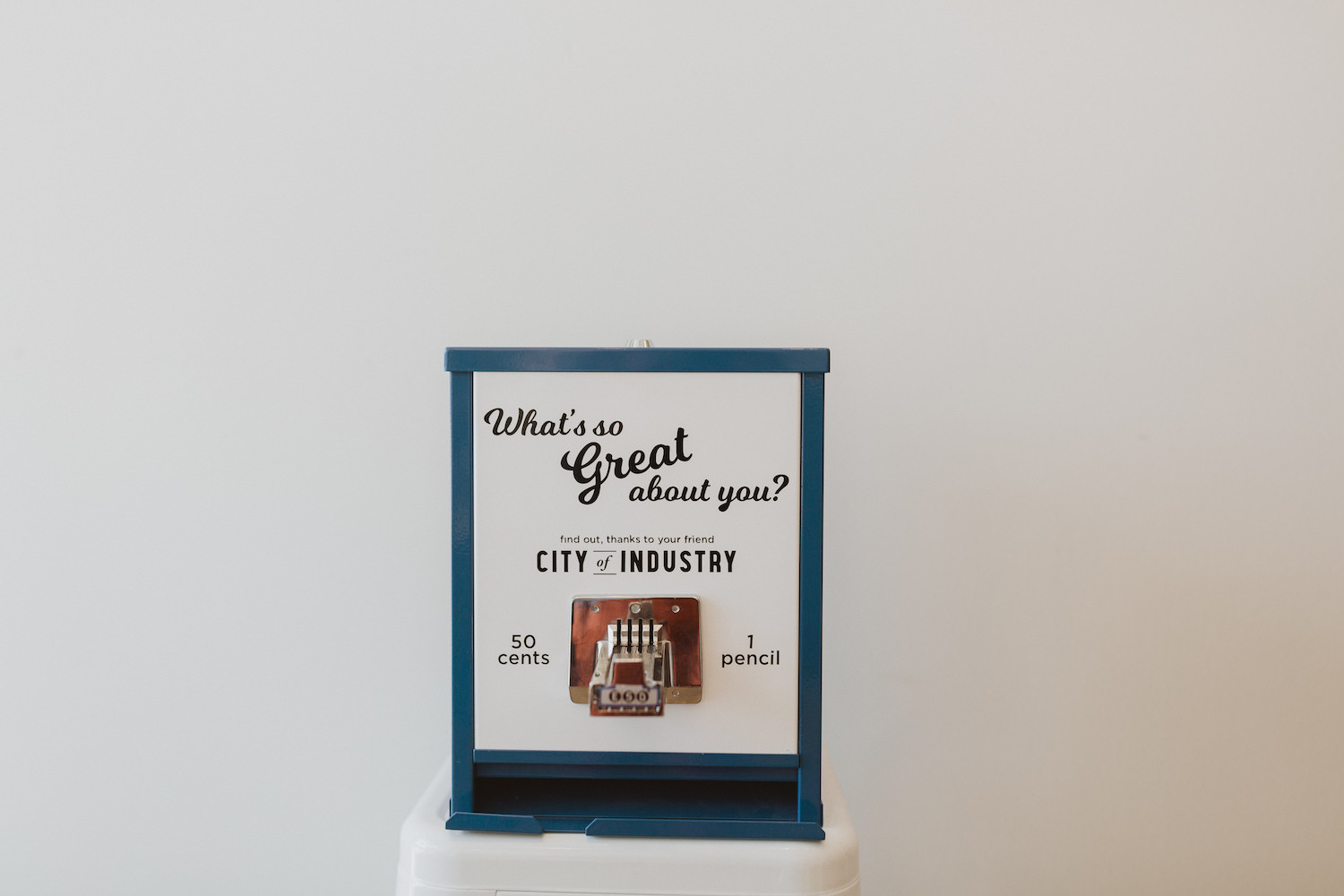 Tattly’s CEO Tina Roth Eisenberg posted Sarah’s pins on Swiss Miss, her influential design blog. That attention, coupled with the ascendance of pins as a millennial signifier of cultural expression, allowed her to invest extra income into designing and producing more products. “My shop looked so empty,” she recalls. “I needed to give that pin some friends.” Her next two products - a “Ruler Necklace” and “Paper Airplane” pin - were similarly stationery themed, intended to help like-minded people connect. “I like the idea that someone can wear something that helps them find their people,” she says.

Though inspired by the entrepreneurial spirit of Brooklyn, at the heart of City of Industry is Sarah’s home state of Utah, which adopted “Industry” as its motto in 1959. Utah also has a long history, as she puts it, of “crafty, DIY-obsessed Mormons.” She was raised Mormon to a mother who won her high school’s Betty Crocker Homemaker of Tomorrow award, and to a handyman father who built her a playhouse when she was little. “I was raised with the idea that there was a lot I could make with my hands,” says Sarah, “and that really influenced this spirit of wanting to make stuff - and also wanting to make stuff for people who make stuff.” 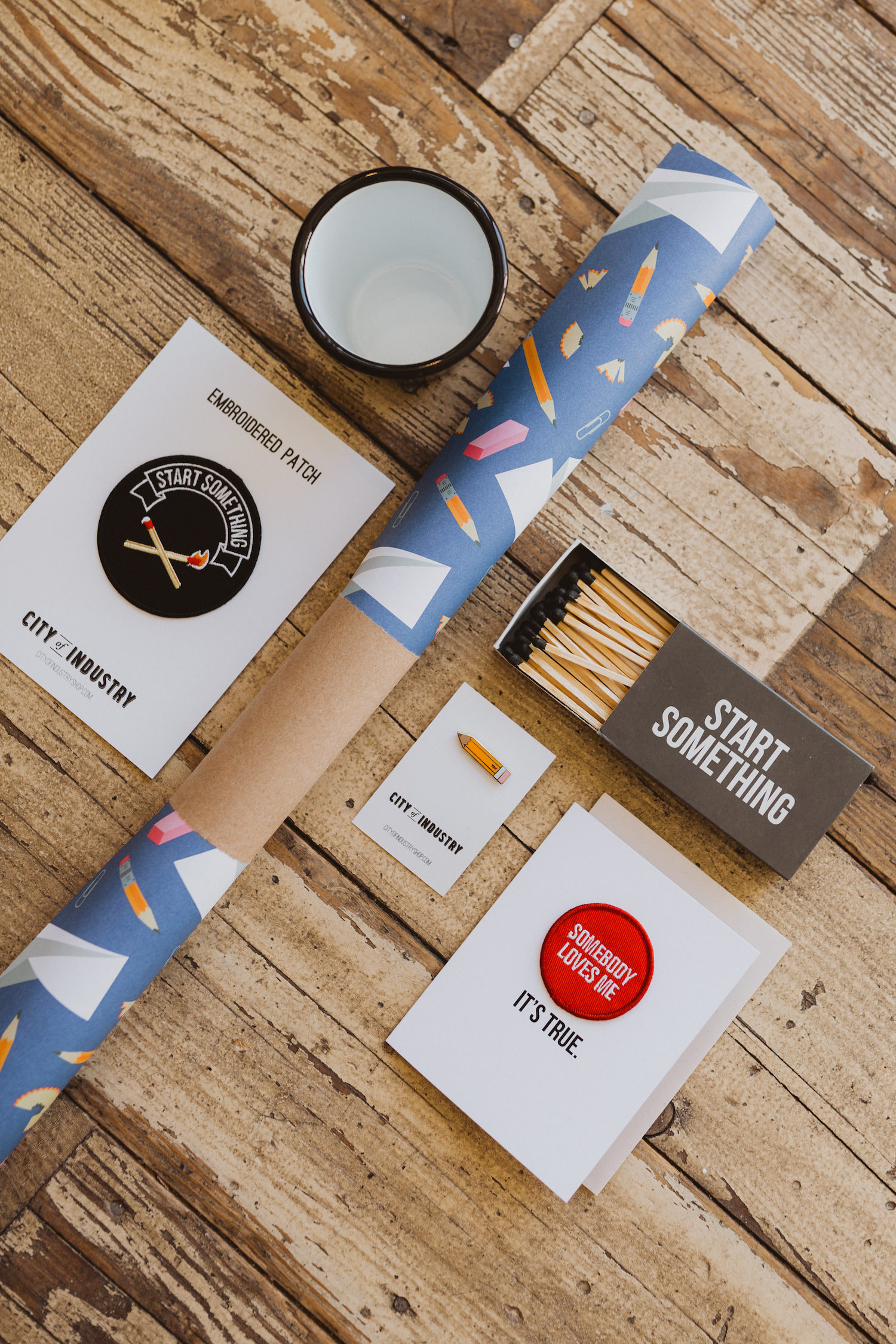 Her customer base skews female, but Sarah says she designs products like pins, patches, and jewelry that are intentionally gender neutral, stripping away the aesthetic frilliness of conventionally feminine objects, like spatulas or spools of thread. “The word ‘craft’ has such a female connotation and I think it’s a way of discounting the skills it takes,” she says. “In my view, Utah champions a self-motivated and DIY spirit, and it prospers because of hard-working women behind the scenes.” 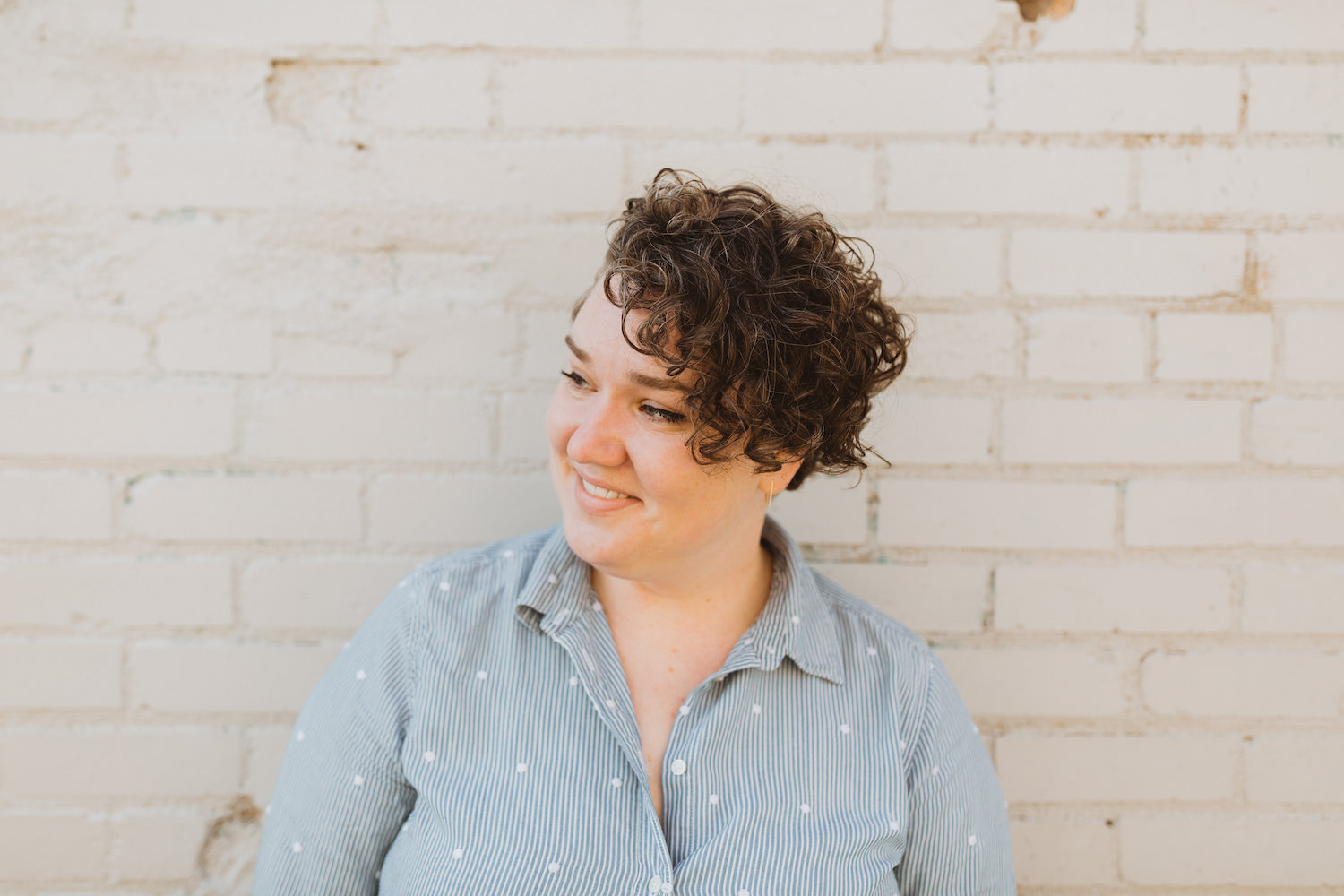 Today, when she isn’t running City of Industry she’s the Community Manager at Big Cartel’s Salt Lake City headquarters. She landed the job in 2015 after cold-emailing the company’s Community team and offering to write an educational wholesale guide for the website, informed by her experience at Tattly. Six months later, they asked her if she would relocate to Salt Lake City for a full-time position.

Sarah, who’s 34 years old, sees the relationship between running City of Industry and her role at Big Cartel as synergistic. “My hands-on experience with City of Industry doing a long-term physical space, pop-up events, and sales online have all given me perspective on what features would be really helpful on the site, or how I use certain settings in my shop,” she says. That experience has also allowed her to be more empathetic to the ups and downs specific to running a creative business. 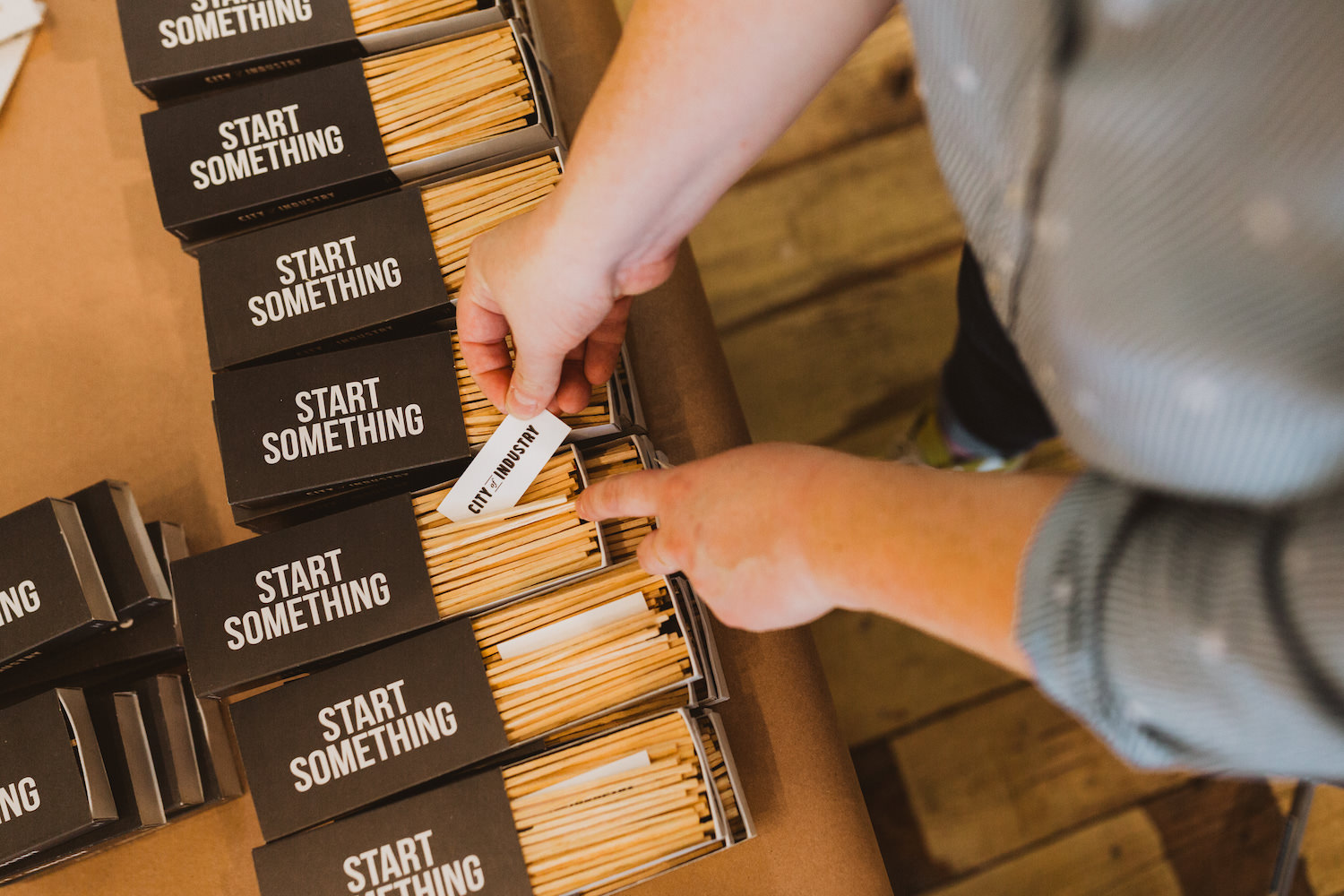 This includes major disappointments, like when a Canadian department store illegally sold 12 poorly rendered pins copied directly from City of Industry. She describes the experience as “heart-wrenching.” As part of the settlement, the store mailed her hundreds upon hundreds of her knockoffs, mostly because she didn’t trust that they would properly destroy them, and partly because she nursed a “sick curiosity” to see them in person. The pins are currently taking up storage space in the back of her shop. “Before I saw them, I thought of doing a weird sale with all the proceeds going to charity,” she says. “But they’re honestly not good enough to sell.”

Her settlement was modest, but it gave Sarah enough of a financial cushion to take a risk. In her twenties, she believed owning a physical store would only come true after she married a financially stable partner who supported her vision. “You get towards your mid-thirties and it’s like, OK, you can’t keep waiting for a partner to financially support you and make things happen,” she says. 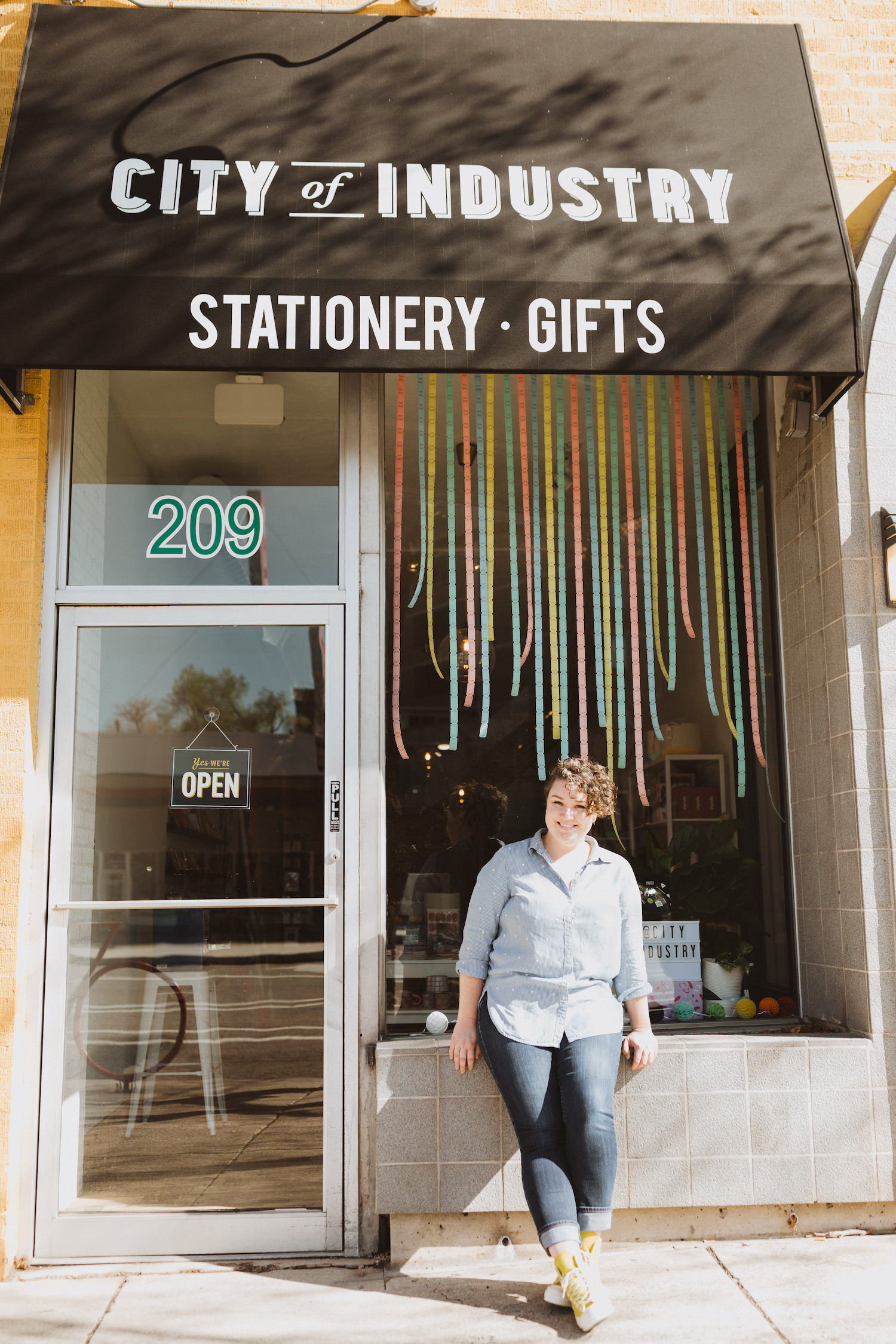 In 2018, she fulfilled a longtime dream, opening a City of Industry store in downtown Salt Lake City. The 800-square foot space houses around 400 different products - everything from greeting cards to detergent bottle-shaped vases. She’s developed around 100 products for her own City of Industry line, with the rest being culled from other small, women-led businesses, from both Utah and beyond. Throughout, the vibe is intentionally positive and family-friendly. “Mormons don’t like to swear,” she says. 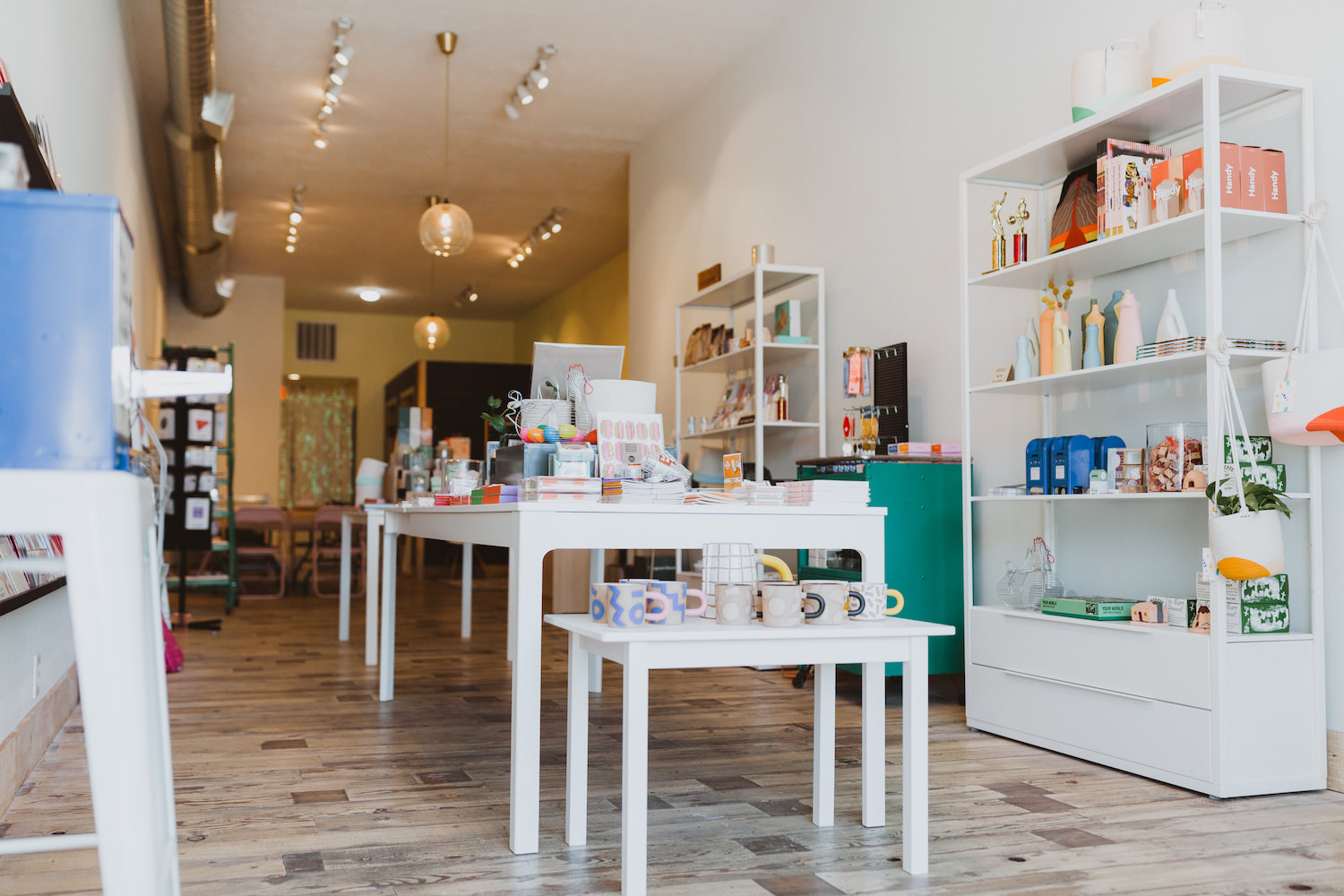 But Sarah also sees the store as a kind of rebuttal. “I am interested in pushing back against people’s perceptions of women and what they’re capable of,” she says. “The general impression of Utah is that it has a small town feel and is dominated by a patriarchal, conservative religion. I’m just trying to loudly celebrate my version of Utah: that so-called ‘crafters’ can make anything, and that, to paraphrase her highness Beyoncé, girls run the world.”

Recharging for Your Next Project