See Víctor Meléndez’s work once and there’s a good chance you’ll instantly recognize it when you see it again.

Scrolling through Twitter recently I saw an image promoting an event called THING and I immediately knew Víctor had created it. The illustration was vibrant, exquisitely detailed, and included some mystical elements in the form of otherworldly creatures. In fact, his drawings often remind me of the writings of Gabriel García Márquez - magical, poetic, captivating.

After working directly with Víctor on some commissioned pieces and repeatedly geeking out over his work, we knew it was about time to learn more about his story. From changing his career path to working with local organizations to his love of music influencing his work, Víctor shares a bit of his world with us and we’re pretty darn grateful for it. 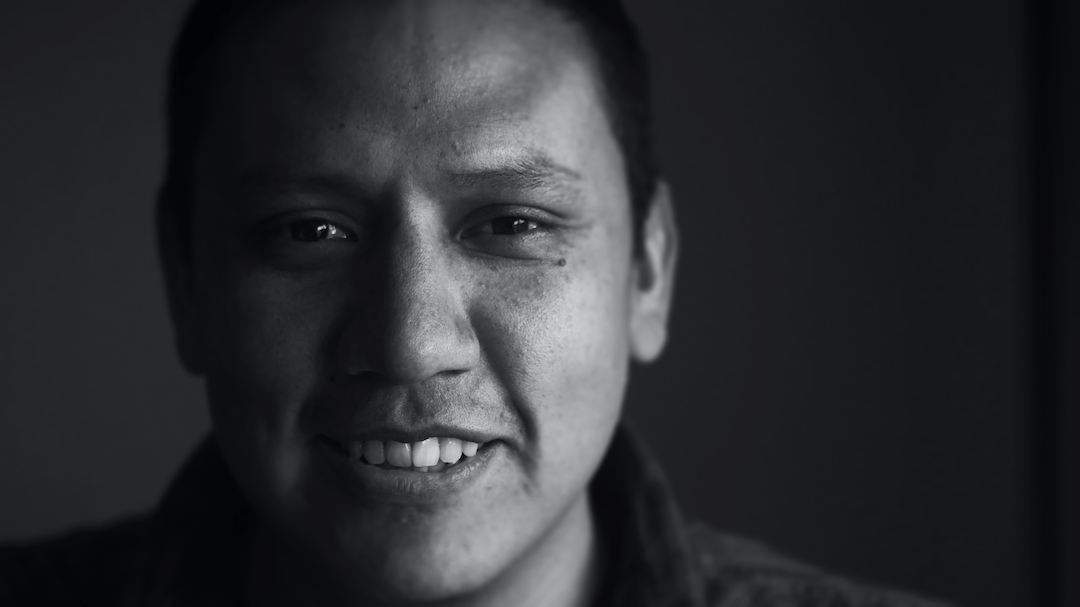 You studied electrical engineering before transitioning to graphic design - what prompted that shift for you?

My grades. I was doing really bad and just wasn’t enjoying school. I think I always knew that I wanted to go into something more on the creative side.

What advice would you give someone who’s considering changing their career paths?

Don’t waste any more time. Do it! But be ready to start from scratch and go full speed. I didn’t start design school until my mid 20’s.

You grew up in Mexico City and eventually moved to Seattle to attend the Cornish College of Arts. How did you find and connect with the creative community once you’d moved?

I had really good teachers that were working professionals. They introduced me to local designers/studios and it all grew from there. The creative community in Seattle is not that big and you end up running into some of the same people at design events.

How do you decide on what projects to take on?

I’m not that good at it, I tend to take on mostly everything. I’m getting better at picking projects that make sense to me, the easier ones to take are the ones with companies I admire or local clients that might not have a giant budget but are part of your community. 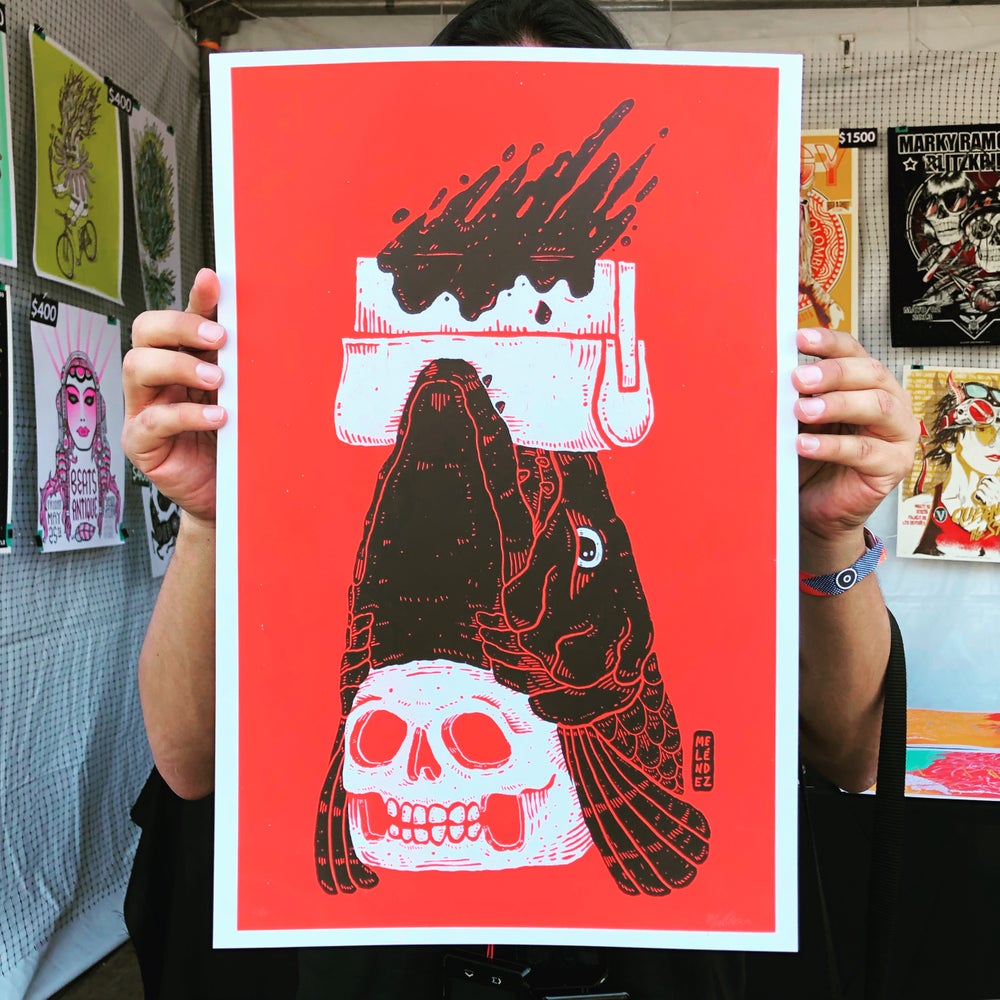 How do you get started on a new project?

I try to find as much information on the specific brand/client and ask questions on the things I’m not clear about. I then start to sketch and put together moodboards. I pitch a couple of concepts and then go into execution.

What’s your favorite part of the design process?

When an idea clicks and I can get started on the execution. That moment when you’re sketching something you already have in your mind and is coming together quickly.

Can you share a time when things didn’t go as planned? How did you recover?

I tried to do a calligraphy piece and bought pen and nibs, as I was trying to write letters, the ink exploded on the paper and created a mess. I realized I was using a heavy textured watercolor paper and it was totally the wrong kind for this project but this method could work for other types of illustration. I ended up using this nib + paper combo for another project. Learn from your mistakes is really good advice.

You’ve done murals in Mexico City and Seattle. When did you start painting murals?

I used to do graffiti when I was a kid so you can probably say I started when I was 15 or so. I didn’t start again until a few years ago as a professional when I had a chance to get involved with Urban Artworks and the Art Program at Starbucks. 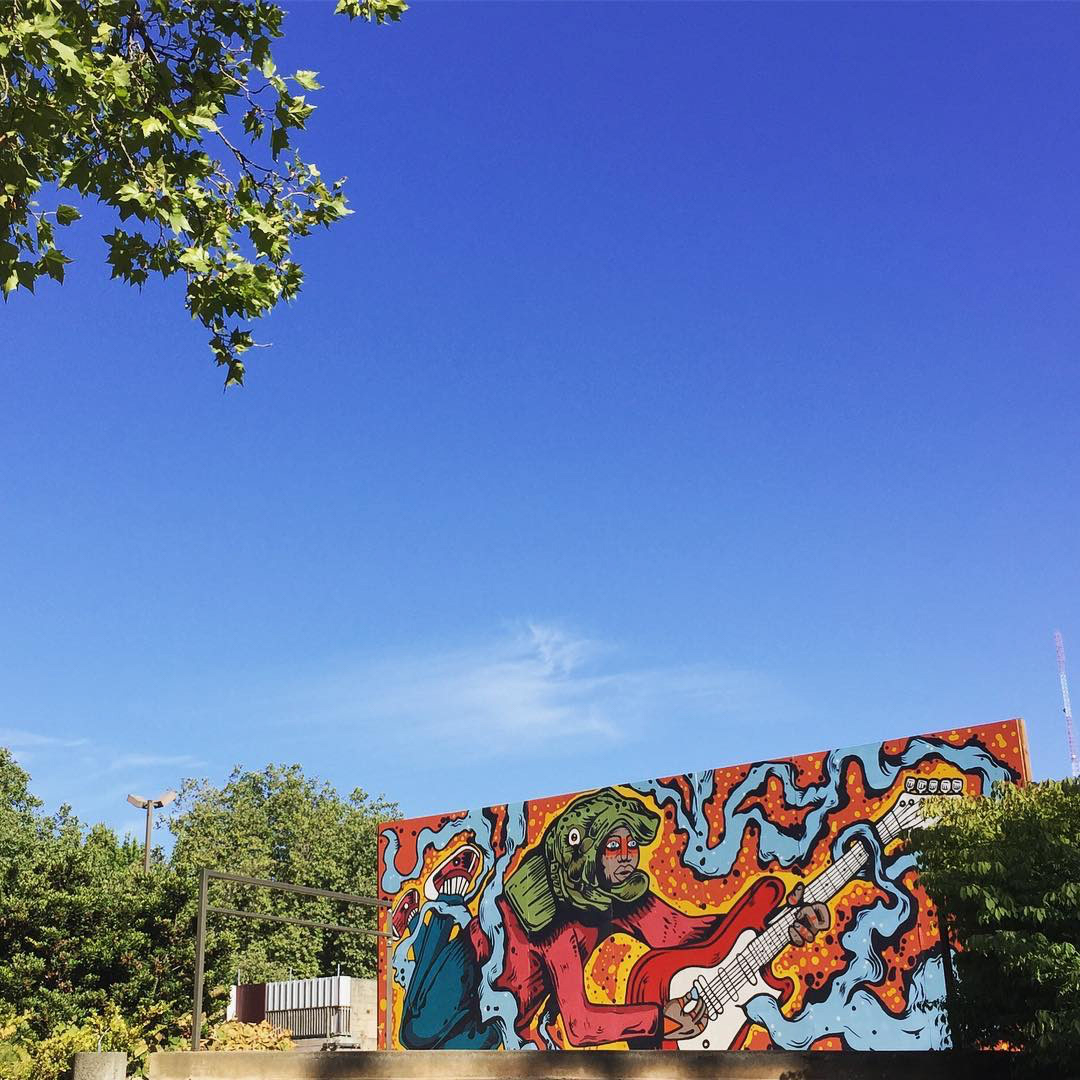 One of your murals in the Uptown neighborhood of Seattle was done in collaboration with the local non-profit, Urban Artworks. How important is it for you to work with and support organizations like this in your community?

I love doing it. More so when it involves art and youth. I wish there was something like that when I was young, a place where I can learn and channel my creativity.

Who or what have been the biggest influences on your art?

I grew up in Mexico, so my early influences are Mexican muralists, Rivera, Orozco and Siqueiros. I’m also inspired by the traditional dresses and handcrafts from indigenous artisans, my family is from Oaxaca and Veracruz, places with immense culture and traditions. When it comes to more modern influences I would say gig poster designers: Modern Dog, Art Chantry, Ames Bros, Jeff Kleinsmith, Invisible Creature, Sasha Barr, Eric Nyffeler. 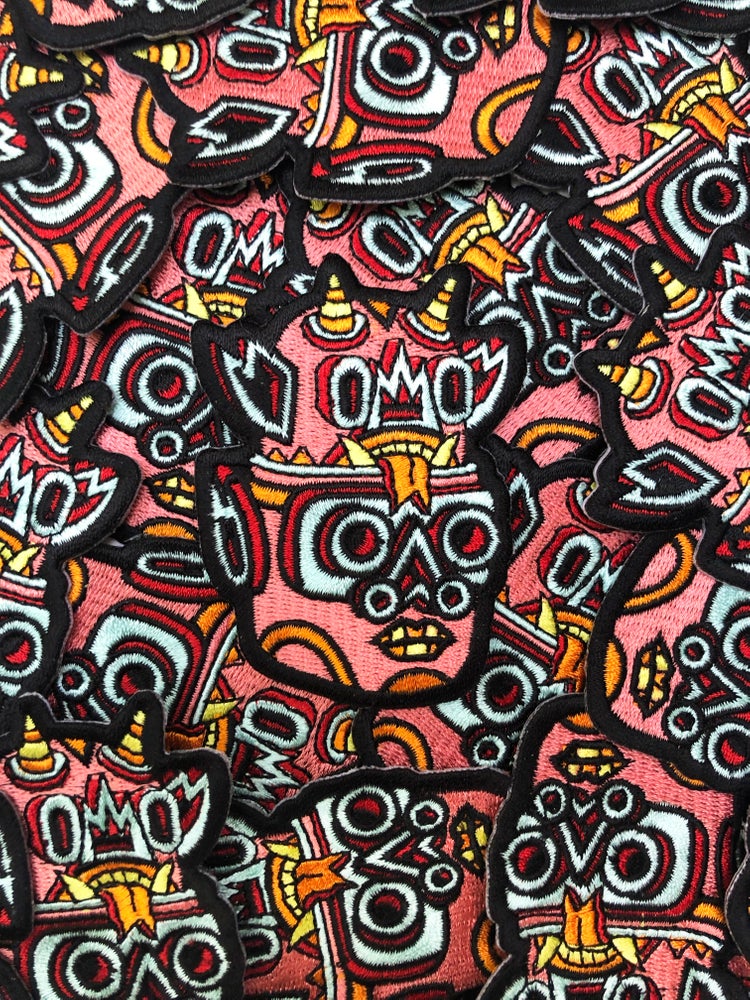 What’s one non-design inspiration or influence you couldn’t live without?

Music. I’m always listening to music and live music is something I enjoy quite a bit. It’s always inspiring to see a group of people get together and play their instruments.

Víctor filled up this playlist with songs he loves to draw to. From Lizzo to Pearl Jam to Q-Tip, it’s an eclectic mix of tunes to keep the ideas flowin’. Tune into Víctor’s Instagram to see what beautiful things he makes next and hit up his Big Cartel shop to snag one of his rad new patches pictured above.