Travis Barron Is in Motion

One of the perks of being a filmmaker is that watching tons and tons of movies and short films is part of the job. And that’s just how I found Travis Barron.

We’d sketched out some rough ideas for a short documentary series produced by Big Cartel and needed to find just the right creative partner to make it happen. When I came across Travis, I devoured all the videos on his Vimeo page for Unlimited Time Only, his film production company. It was specifically one video he produced for design studio OMFGCO that convinced me he was the right person to direct, edit, and shoot these films.

I sent him an email in July 2018 and we almost immediately got started and have been hard at work on Make Something - a short documentary series on working, living, and making it as an artist - ever since.

So far we’ve produced three short films featuring artists from Atlanta to Asheville to Portland: Kashmir Thompson, Holden Mesk, and Eric Nyffeler. You should hit play on our latest film below to see what we’ve been cooking up.

And if that’s not enough, in May we’ll be dropping the fourth installment with jewelry designer and rock enthusiast Alison Jean Cole. Holler at us on Instagram or Twitter and let us know who you’d like to see up next.

But before we get too far, if there’s one shame that can come from collaborations like this, it’s that the person showing up every day to make sure these videos are on point and on time doesn’t get enough love. So we wanted to shine the spotlight on Travis for just a minute to get an idea of how he got started with filmmaking, what keeps him motivated, and where he’s going next. 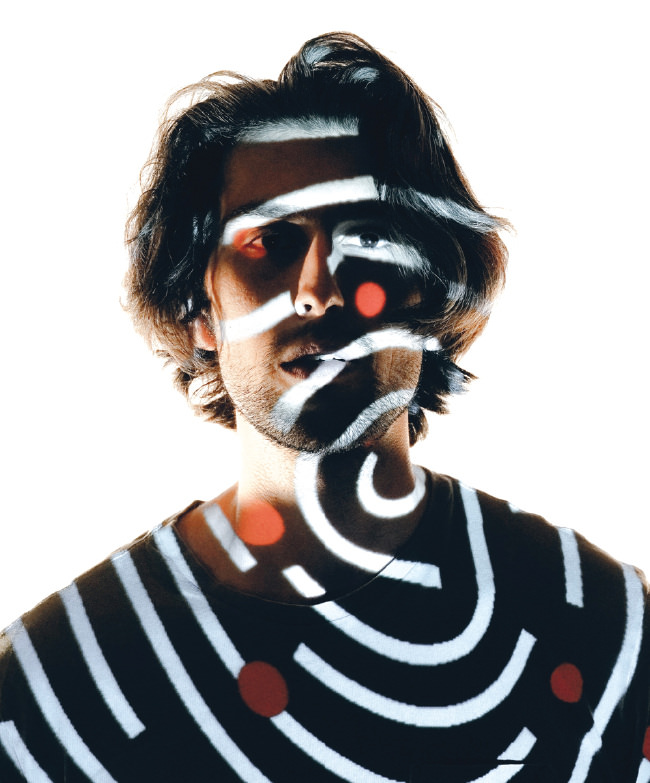 How did you get started making films?

My first taste of filmmaking came in 2014. I left my design job to walk from Mexico to Canada along the Pacific Crest Trail with my friend Eric Timmerman. Over a thousand people from around the world attempt the journey each year, so before the trip we decided that we wanted to film the hike and interview different people along the way.

After 6 months, 100 interviews, and 2660 miles we returned with about 50 hours of footage to edit. It was a stupid amount of work but I loved every second of the process. Sculpting a mountain of raw material into a meaningful story just clicked and made sense to me more than anything else ever had. After another six months of editing we released Do More With Less, a full-length documentary about the Pacific Crest Trail community. Although I’ve since grown as a cinematographer and storyteller, I’m still proud of how that film turned out.

When you were getting started, was there an artist who made you think, “I wanna do that”?

I can’t recall one specific artist, but growing up I was deeply inspired by pretty much every movie, skate video, and music video I could get my hands on. I deconstructed everything I watched and thought about how it was made.

It wasn’t until 2014 that I started cooking up my own stuff, largely because I was intimidated by “The Film Industry.” It seemed like you needed expertise, a big crew, and a huge budget to make films. All of that helps, but you don’t need any of that to get started. You can make something that excels on an artistic level within a limited budget, and I don’t believe that pumping a ton of money into something automatically makes it good. There are a lot of uninspired movies out there that were expensive to make.

What’s something you wish you knew when you started?

Nothing comes to mind right now. Probably because I still have so much to learn. I’m a big believer in the concept of “Beginner’s Mind” and while I need to apply my expertise to get the job done and justify my creative decisions, I always return to the idea that maybe I don’t know anything. I think that by adopting this view you’re more likely to observe the world as if you’re seeing it for the first time which is a good method for finding an exciting and original way to shoot something.

But I guess starting out I wish I knew the importance of constantly researching camera systems. I stuck with the same rig for yeeeeears without even wondering about what else might be out there. Now, if I can acquire the rental budget, I try to shoot with a new system every time to observe the pros and cons. People in the film and photography world also love shooting the shit about gear, myself included, so it’s good to be knowledgeable from a networking perspective.

What’s your balance between planning the elements of a video and discovering happy accidents during the shoot?

I try to plan as many elements as I can in advance, and I go into every shoot day with a detailed shot list or storyboard if I have more time to prepare. But those things are just guidelines. You have to be open to the potential of the moment. If you stick too closely to the script you might miss a wonderful opportunity, and that would be sad.

How do you keep moving forward when a plan isn’t working?

It might sound cliché but when something unexpected happens I try to just laugh, relax, and roll with it. As long as you capture the essence of what you set out to create and get what you need to tell your story, who cares if it didn’t go exactly the way you planned?

When I get into the edit room, I tend to already have an idea of how the story will go based on what we were able to capture. How do you approach editing? Are you sticking to a script or going more free-form?

I have an edit in my mind even before I start shooting. Not the entire edit, but two to three remarkable moments that I could build the rest of the story around. Those moments will usually stick with me throughout pre-production and the shoot. After I watch and organize all of the footage - I do this with every edit without exception - I’ll start by editing these moments. It’s pretty damn magical to see these come alive. It’s like an idea that’s been stubbornly living in my head for weeks and weeks and now I know it actually works. I’ll then build the rest of my edit around these.

What jumps out to me is your special talent for tying the audio and video together. What’s your process look like for connecting sound cues and other atmospheric elements with the visuals?

It’s absolute insanity, hahaha. Even in quiet atmospheric scenes there’s at least five layers of audio combining what I captured on location, foley sound effects I make, and stuff I find on the internet. I’m not sure if I can explain this process in a tidy way. An interesting part of my process I will note: before layering anything I’ll run the video on mute and make sounds with my voice to get a sense of how audio could be used to create momentum in the edit. It’s like a kid making sound effects while playing with action figures. It’s hilarious and embarrassing.

How has living in Portland shaped who you are and what you do?

It has increased my physical tolerance and love for coffee.

What’s been your biggest challenge with filmmaking?

It’s a lot of delayed……………………………………gratification. Even with smaller projects you have to carry around an idea for so long and fight to keep it alive as you wrestle with a very complicated process. But when you finally get it done the payoff is exhilarating. I do a lot of one-off art and photography to give myself little bursts of satisfaction. It feels nice to finish something.

I feel you so much on the delayed gratification. I can struggle with projects when it feels like I don’t get my “reps” in - especially because those bursts tend to lead to some of the best learning and growth in my experience. How do you balance your day-to-day to make sure you have time for those smaller projects?

This is something I’m still trying to master. I’ve gotten on my soapbox before and ranted about the importance of “work-life balance,” but truthfully I haven’t found it. The best thing I have done for myself recently is realize that it’s perfectly OK not to have a side project going ALL THE TIME.

Because half of the time I do have an art show, creative trip, or short film that I am working on while simultaneously balancing the things that pay me. These are the busy times. They are exciting times, but they are also unsustainable times. I’ve kind of surrendered to the fact that I might never achieve perfect balance and that my life will forever oscillate between working very hard, crashing, and allowing the well to fill up again. It’s not for everyone, but I enjoy it and it keeps things interesting.

Although I started in 2014, I’ve only been practicing filmmaking in earnest for two years. I think the next baby step for me is to make a short narrative film. I’m writing a script and beginning to organize a four day shoot for the end of May.

Who are your favorite indie filmmakers?

Corey Adams, Miranda July, Spike Jonez, Richard Linklater, The Cohen Brothers, Hayao Miyazaki, Jamie Hewlett, and Bob Ross. I’d only consider two of those people to be indie filmmakers, and two of them aren’t filmmakers, but all of them make my life better.

Top 5 movies? I’ll go first: The Social Network, There Will Be Blood, Rear Window, No Country for Old Men, Her.

Make Something was produced with Travis Barron of Unlimited Time Only.

Subscribe to Big Cartel on YouTube for more short documentaries featuring artists we love, tutorials for selling your work online, and classes on how to use Big Cartel.

Marketing at Big Cartel, writer, and dad of three. ✨

How to Improve Your Unboxing Experience

Make a store & sell your work with Big Cartel.