Robin Banks Fights the Good Fight With Help From the USPS

On September 8, hurricane-force winds slammed into Northern Utah, with gusts reaching up to 99 MPH. The storm ravaged the valley, uprooting ancient trees from sidewalks and leaving 160,000 people without power. Officials told everyone to sit tight until the weather cleared.

Meanwhile, essential workers did their jobs. A compact mail truck parked outside our house and the mail carrier dropped off packages as usual. By showing up, he affirmed the steadfast presence of the United States Postal Service - a calm constant in a year of chaos.

Until recently, the USPS was not something most of us actively thought about. It was ever present, like the grocery store. It served a utilitarian purpose. Even as email took center stage as our primary mode of daily communication, we still checked our mailboxes for bills, for magazines, and maybe the occasional letter.

We didn’t really consider how it actually worked until we realized it might stop working - and how its demise would mean much more than the end of postcards and subscriptions to The Atlantic. Ongoing attempts by corrupt government officials to undermine mail-in voting holds dire implications for our democracy; the situation also holds implications for artists who rely on the mail system to connect with customers.

In the past, Robin Banks didn’t send many items through the mail. But the Utah-based artist, activist and anarchist dramatically upped their production levels this summer after local law enforcement conducted sweeping mass arrests at protests against police brutality. In August, Banks mailed out 120 shirts to benefit Black Lives Matter. They managed to get those pieces out the door, but these days, when Banks hits the post office and they don’t have any international mailing forms, they see the hard reality ahead. They wonder, “Am I going to have to shut down my Big Cartel shop? Because that’s the only way this runs, through the USPS.” 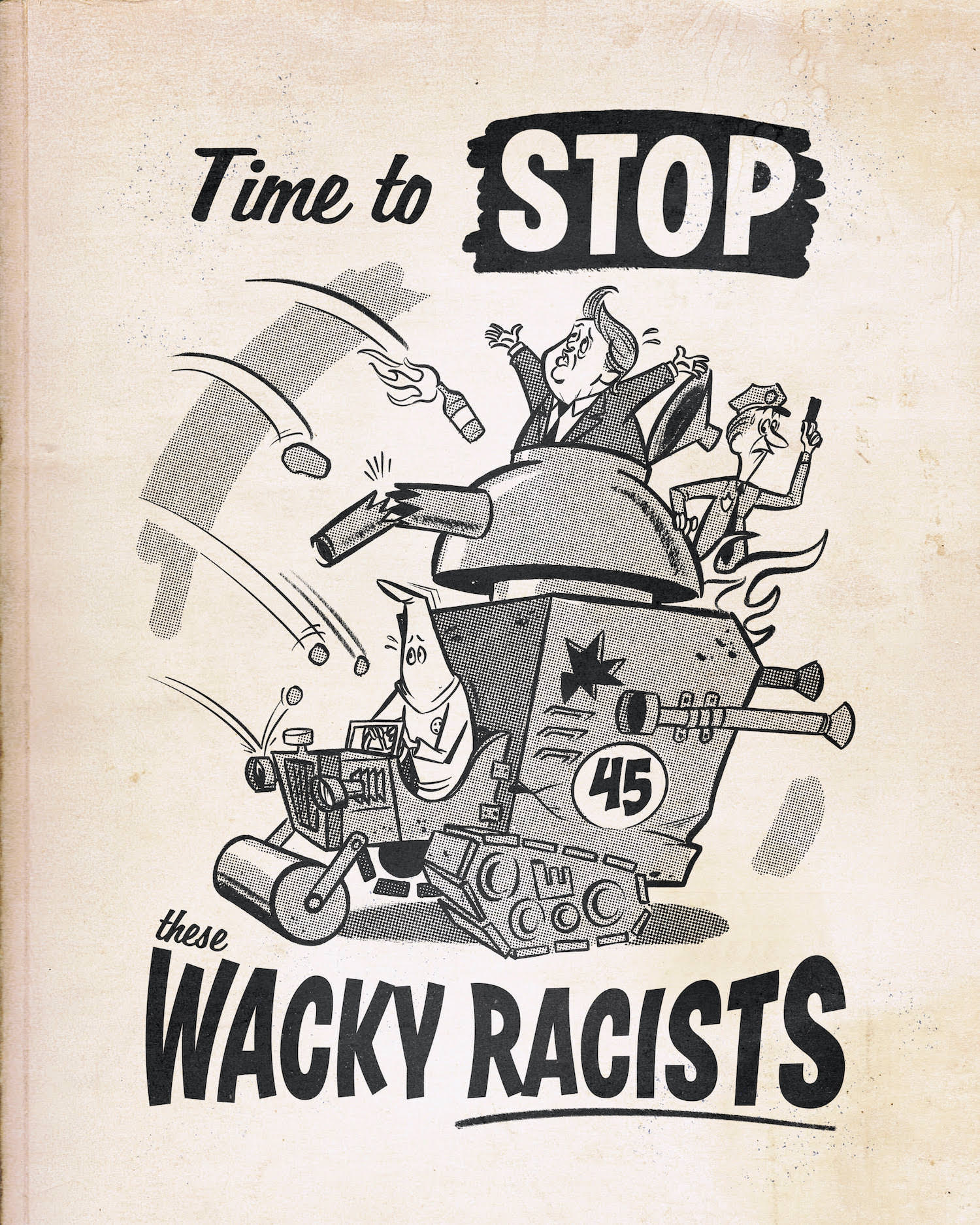 Banks creates vibrant artwork in the style of 1950’s and ‘60’s advertising and comic illustration. Their aesthetic is disarming, which makes it easier to start conversations around divisive subjects. For example, their illustration of Donald Trump riding in a tank with a KKK member at the wheel is somehow very disarming. It’s hard to see it and not think, you know, it really is “Time to Stop These Wacky Racists!”

“You want to put up a barrier if art comes at you like it’s preaching to you. When it’s something familiar and approachable like a cartoon, you can put down your defenses because you aren’t looking at it through the guise of realism,” Banks says, adding that they’re also fine with friction and intentionally court it on occasion. “The only time I got a lot of backlash is when I used a lot of MAGA hashtags to lure people in to see a piece. I worked the algorithm because I want those people to be exposed to the fact that there are a lot of people who disagree with the way things are being run in this country. I was more than happy to facilitate them being pissed off for a day.”

You won’t find Banks marching in the streets, though. “I’m not quick and I’m not strong, so I don’t know about that position for me,” they laugh. “But I’ve worked at building myself a platform for many, many years and worked at creating art that’s able to communicate really directly and really quickly.” 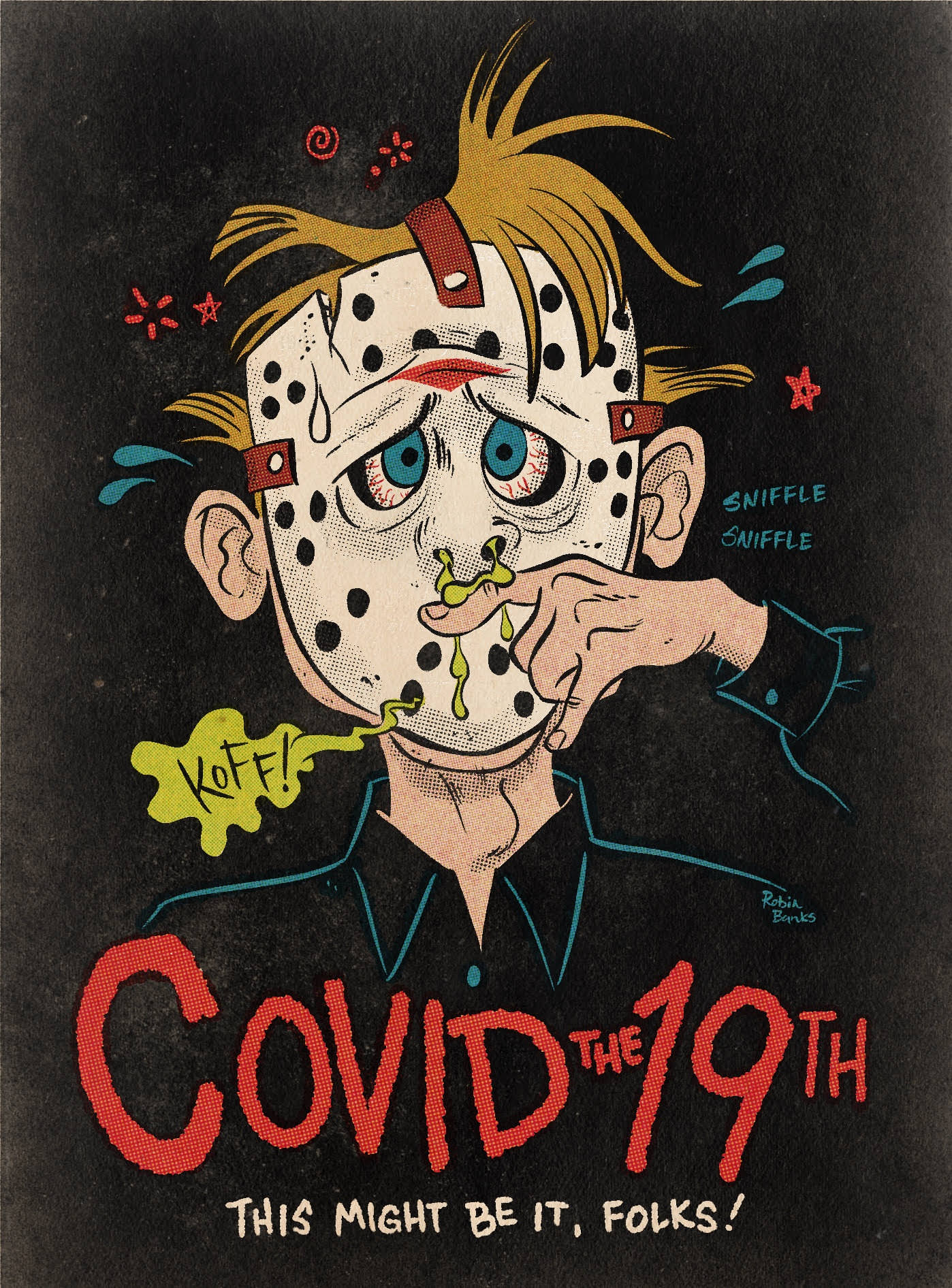 Their work is a natural fit for ongoing protests. Working with Posters for the People, they make free-to-download PDFs you can print at home, paste on a sign and bring to the street. They also create art specifically designed to benefit organizations including For the Gworls.

“I don’t want there to be really strict rules about how Black people can get money from this movement. I don’t want it to just be bail because that’s feeding straight back into the system. I think it’s great that you can apply and just get your rent paid.”

“I don’t have a clear answer. I think that’s something you’ve got to look at yourself and your strengths and figure out what you have to offer,” they say. “But the one thing that’s really important, especially if you’re a white person - don’t donate 50% of your profits to an organization and then take in the other 50%. I know it’s a hard thing to do but we owe it to the movement to do that - to put ourselves aside and give 100% if we’re doing it for their benefit. It should be for their benefit and not to prop ourselves up on a hashtag and make our shop be bigger.” 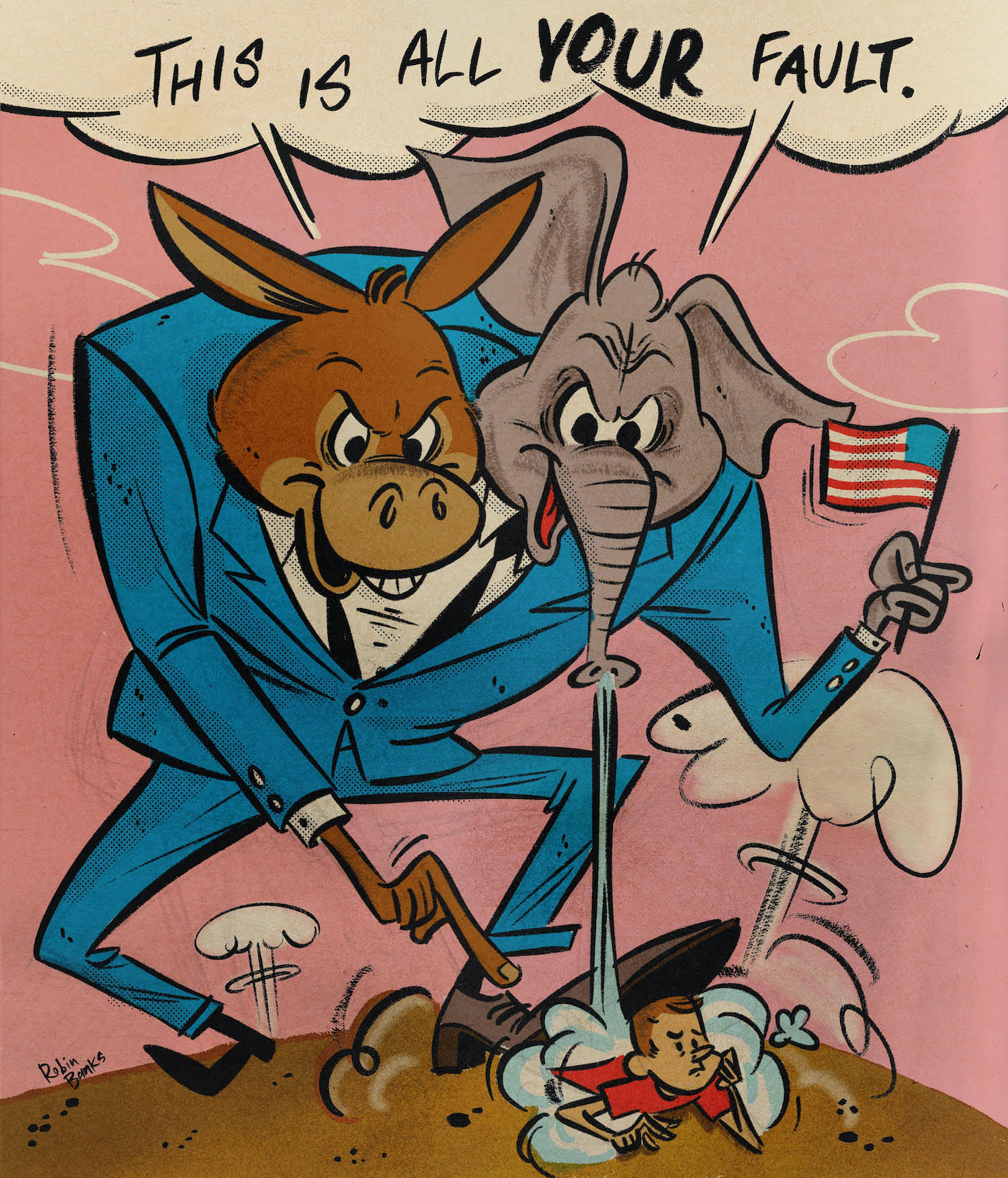 The USPS is critical to amplifying Banks’ art and message; to generating bigger proceeds for non-profits that are dedicated to dismantling injustice. Supporting the institution is, in itself, a joyful act of resistance.

“It’s always going to feel special to get stuff in the mail from small shops that include little stickers and a thank you note,” they say. “Nothing replaces that.”

What We Wish to See in This World