Rick Maguire of Pile on Appreciating the Journey

On Episode 51 of The Process podcast, host Shannon Byrne spoke with Rick Maguire of the band Pile about getting older, appreciating his past decisions and journey, committing to music as a career, what made their last album so different, moving to a new place, and more.

Rick Maguire feels good about the decisions (the good, the bad, the ugly, and the beautiful) that led to where he is today. Although he generally tries to avoid sentimentality, he recently took some time to reflect on the past ten years.

He’s been releasing music - both solo and with a band - under the name Pile for over a decade now; the band, known for their dark-leaning, thoughtful lyrics and hard-hitting, melodic sound, has gained a dedicated, cult-like following.

Their most recent album, Green and Gray, is especially intense in the best type of way. In our conversation, Rick shared how making this album was different and various ways the process led to some serious personal growth.

“Looking at the tour list I was like, ‘man, I could’ve gotten here so much faster’ but I’m glad I didn’t. There was a lot of weird, fun stuff that probably wouldn’t have happened if we just played rock clubs every night. It was fun playing those strange places.” He added, “We amassed weird adventure stories and kind of figured it out and are figuring it out along the way.”

With that reflection came thinking through what life would’ve been like if he had approached his music career differently. He said, “I’ve seen some of my friends take shortcuts or stop playing altogether. Seeing all of that helped me figure out what I wanted to do. Not by comparing myself to others, but by watching what happened to them. I believed in taking it slow to ensure exactly where I wanted to go and where I am going.”

One of the most important results from Rick’s approach is the personal connections he’s made: “You’re just traveling and at the whims of strangers. And I think that lent a lot to us growing on a personal level - just as human beings. And realizing we shouldn’t have any expectations other than to be able to play our set well and try to be decent human beings on the road. I think that taught us a lot.” 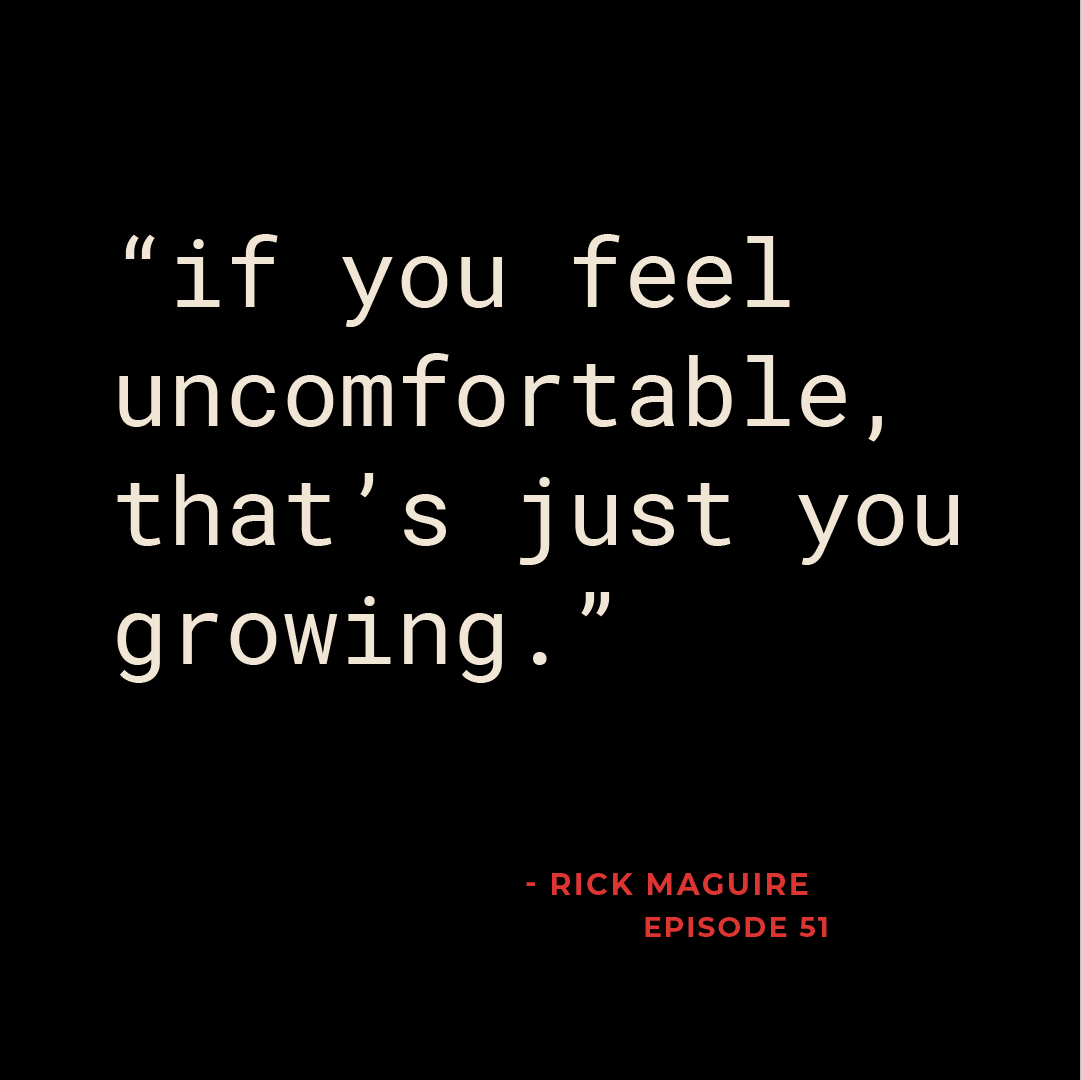 All that reflecting came on the tail of a lot of change for Rick. He moved from Boston to Nashville, two of his bandmates left (amicably), two new ones joined, he quit drinking and smoking, and made music his sole job. Naturally, there were many ways in which the making of Green and Gray was different from past albums. It was important to him to “step up his game and do a great job.” He said he feels that he did and grew a lot in the process. Being in a new place, sober and clear-headed, he was able to narrow his focus on what was working.

But the ever-growing momentum of Pile hasn’t come without pain.

When reflecting on personal sacrifices made for this career he’s so committed to, he’s most driven when working on new material. “There’s a moment of breakthrough that’s very validating. It’s a spark that makes me think, ‘I’m glad I’m alive and making this.’ It’s something bringing me joy. I’m making it myself and with others who are also invested in this, and I’m enjoying it.”

“It’s like a relationship - it’s great but it’s a lot of work. You can punish yourself for it, but in the end, it’s worth it. It’s very fulfilling and it’s yours; it can be as private or public as you want it to be.”

When I asked Rick how much he thinks about the future of Pile, he said he looks at where they’re going because he has to plan everything out a year in advance. But he can’t look too far beyond two years because he enters daydream land. He added, “I’m afraid if I stop, something terrible will happen and I won’t be able to do it anymore, so I just keep doing it.”

Writing music is an important outlet for Rick so he doesn’t have to “wrestle with as much dark shit.” He said, “You have to find someplace for that dark shit to go. Otherwise, it manifests itself in weird ways in your personality if you don’t, not to play armchair psychologist.” 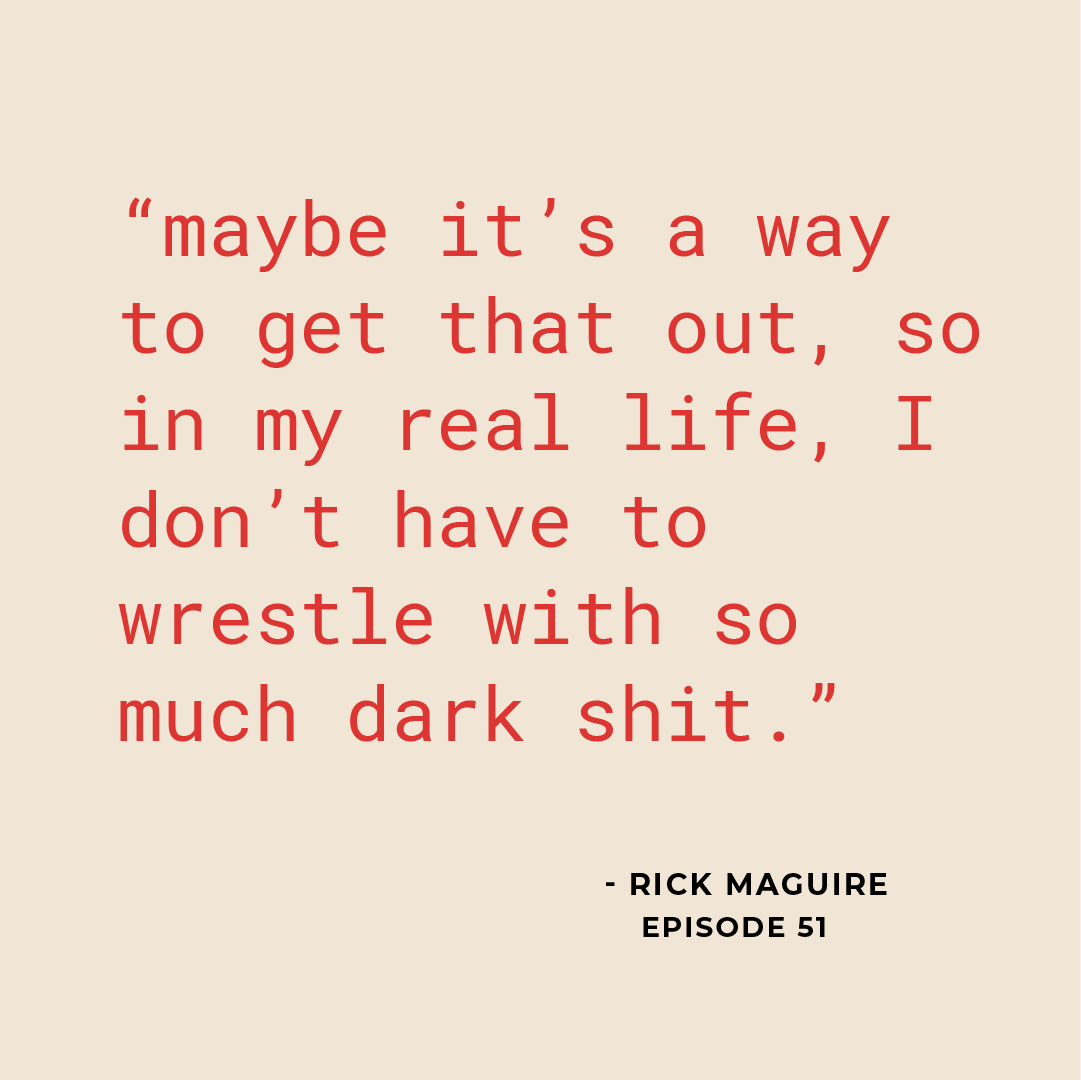 But it’s more than just an outlet for dark shit. “It’s emotionally lighter not to care about something,” he said. “But as a human, it’s important to care about things. It’s nice to put your energy into something even if it puts you out into a spot where you’re sensitive to what’s happening around you. As a human, I think it’s important to feel things and that [making music] is one way of making that happen.”

We also talk about being in our 30s, other bands, books, and more. Check out my full conversation with Rick below or read the show notes. You can also listen on iTunes, Spotify, or wherever you get your podcasts.