No Shade Berlin is Diversifying the DJ Scene

No Shade is an event series and mentoring program which aims to address the gender imbalance in club lineups by offering free DJ tutoring for female, non-binary and trans people based in Berlin. During a month long intensive course, participants learn from established names, and receive focused training on CDJs - a digital music player that you can use a USB stick or SD card to mix your set with. The course builds up to a paid gig at a No Shade party at the end of the month’s training - to play alongside a lineup of well known DJs.

During the mid June heat in sunny Berlin, we caught up with the co-founders and their graduates to find out more about this innovative program. 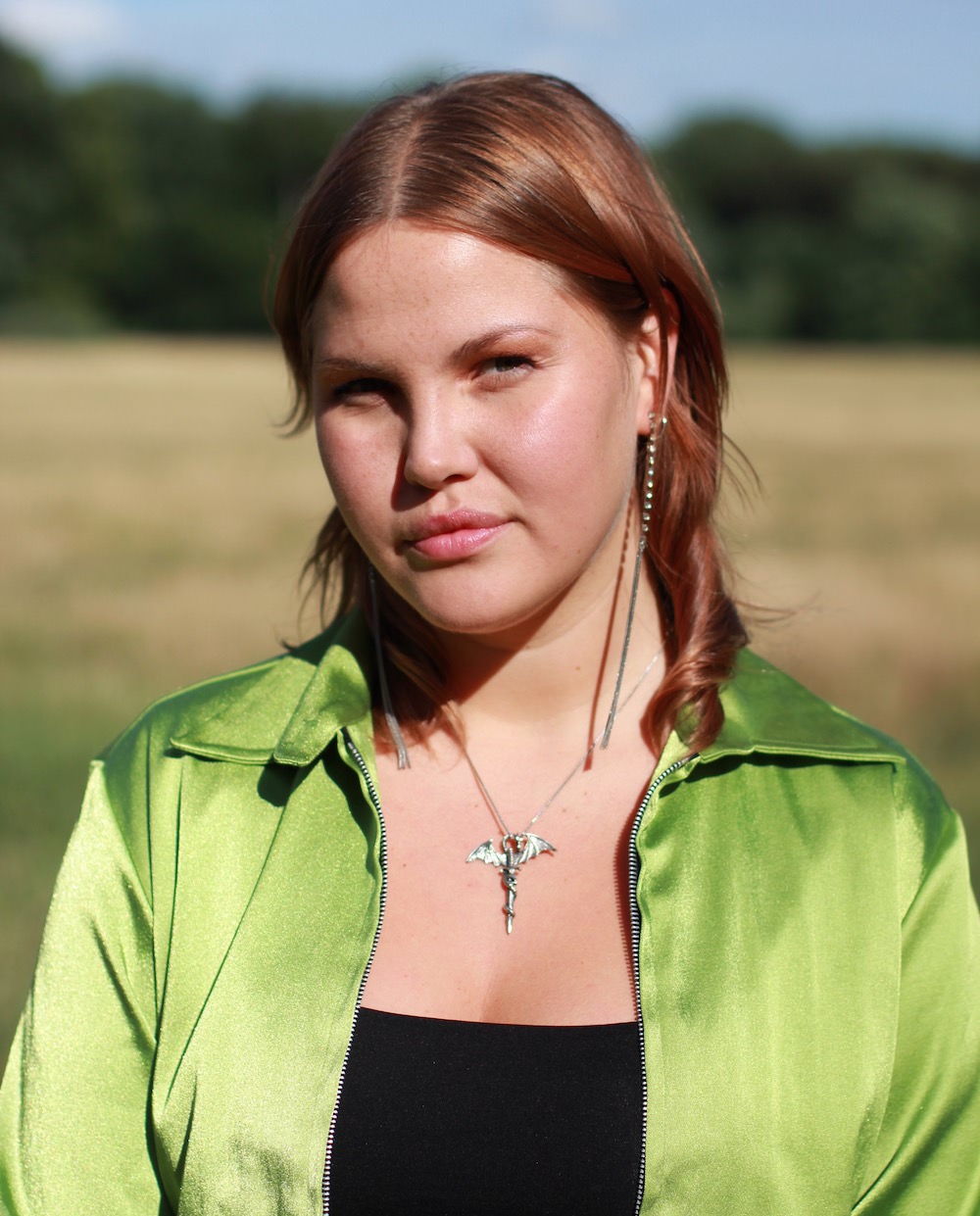 Co-founder and main No Shade teacher Linnea Palmestål, of Sweden, has been living in Berlin for eight years. She’s one of the key team members behind No Shade, fueled by a generosity to pay forward the DJ skills she taught herself. A DJ and producer, with a residency at the Trade party in Berlin venue OHM, and an EP coming out in 2018, Palmestäl has come a long way from inventively DJing from offline Spotify playlists, her improvised setup when she first began DJing. Playing R&B and pop for a drag party, she would set the playlist to “Offline” on her iPhone or iPad, so the music was available for her to mix from during a set without relying on an internet connection. As soon as she had saved up for her first Mac, Palmestäl quickly taught herself how to use Traktor and left Spotify behind.

Once Palmestål gained access to CDJ equipment in early 2016 through a party she was running, she then taught herself and began helping her beginner DJ friends to learn, hooking them up with DJ slots at her party to gain experience. Last year, Palmestål was hired by the Goethe institute to deliver her workshop in Jakarta. 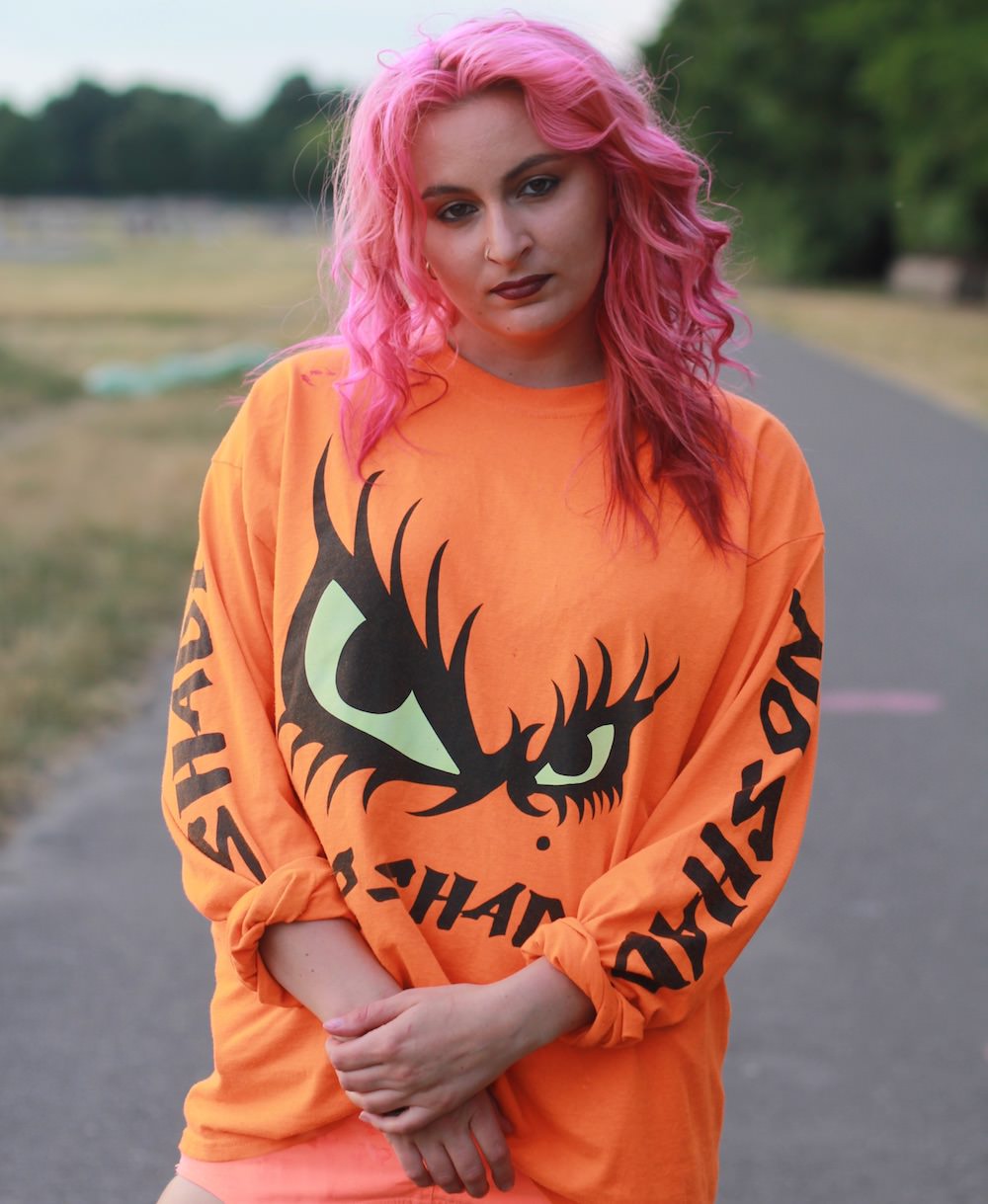 Carmel Koster, from Estonia, is a No Shade co-founder and helps organize and promote No Shade events, workshops, and merchandise. Before Palmestål put together her crew for No Shade, she and Koster knew each other from the music scene already for a few years, meeting at the same parties. Palmestål knew she wanted Koster on board, “Carmel has been one of the driving forces, for sure,” she says. Koster is a DJ, dance artist, and one half of Bass Köster, directing music videos for the likes of Boyz Noise and DAF.

After working on the “Sister” party on her own for a year (named after the online networking group for female, non-binary, and trans DJs and producers), Palmestål put together her core group of members a year and a half ago, rebranded from Sister to No Shade, and applied for funding so that she could focus on teaching. “The funding from Musicboard Berlin made everything possible in the beginning,” she explained.

Once they’ve been through the program, participants can be part of the No Shade crew if they want to - benefitting from industry contacts, recommendations for gigs, and opportunities to DJ as a group together. In recent months, the group has been booked to DJ together for Nike and Adidas events.

The mentoring program has run three times during its first year so far, with fifty to sixty applications on average each round. Two people from each application round are selected for the program. “It’s quite competitive,” Koster explained, “Everyone who has joined so far is very successful, they get booked a lot. It’s gone very well for them and the collective as a whole.”

First, there are introductory lessons as a group to learn the basics - music theory, how the software works, how to prep your digital music - everything you need to know to start collecting your own music and prep for your individual sessions. Participants then move on to practicing on the equipment alone, under Palmestål’s supervision - but can also book practice slots in their own time at the ACUD venue, a collaborator of the program, offering space and equipment for the workshops.

“I try to teach as much prep work as possible,” Palmestål explained, “To make the actual DJing as easy as possible, to reduce the stress while playing, so you can have fun, and have space and time to be creative.” 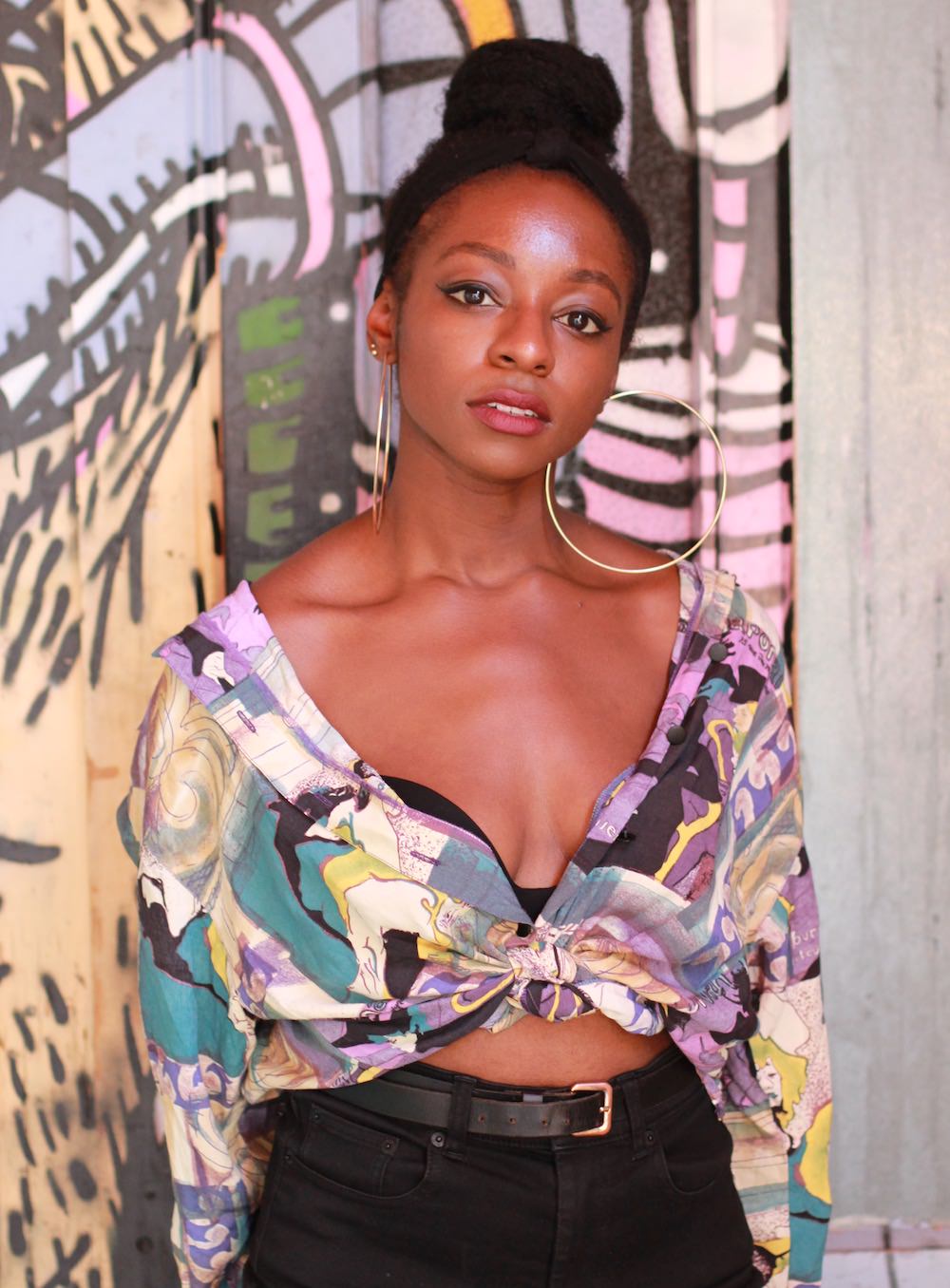 Kikelomo, a Londoner based in Berlin, used to play piano and sing opera. After completing the program one year ago, Kikelomo has firmly established herself, getting booked to play legendary clubs and high-profile festivals. “I didn’t anticipate my DJ career accelerating in the way that it has,” Kikelomo said, “I’ve played Berghain, CTM festival, and in a couple of weeks I’m playing Germany’s biggest hip hop festival, Splash Festival. I played in Oslo in June - hopefully I’ll be playing around Germany some more and I’m hoping to book more international gigs.”

The feedback from the participants is glowing. “Linnea’s an amazing teacher,” Kikelomo said, “She knows what she’s doing. And a lot of gigs afterwards came through recommendations from Linnea and No Shade, so I could make a name for myself, and now get booked independently.” 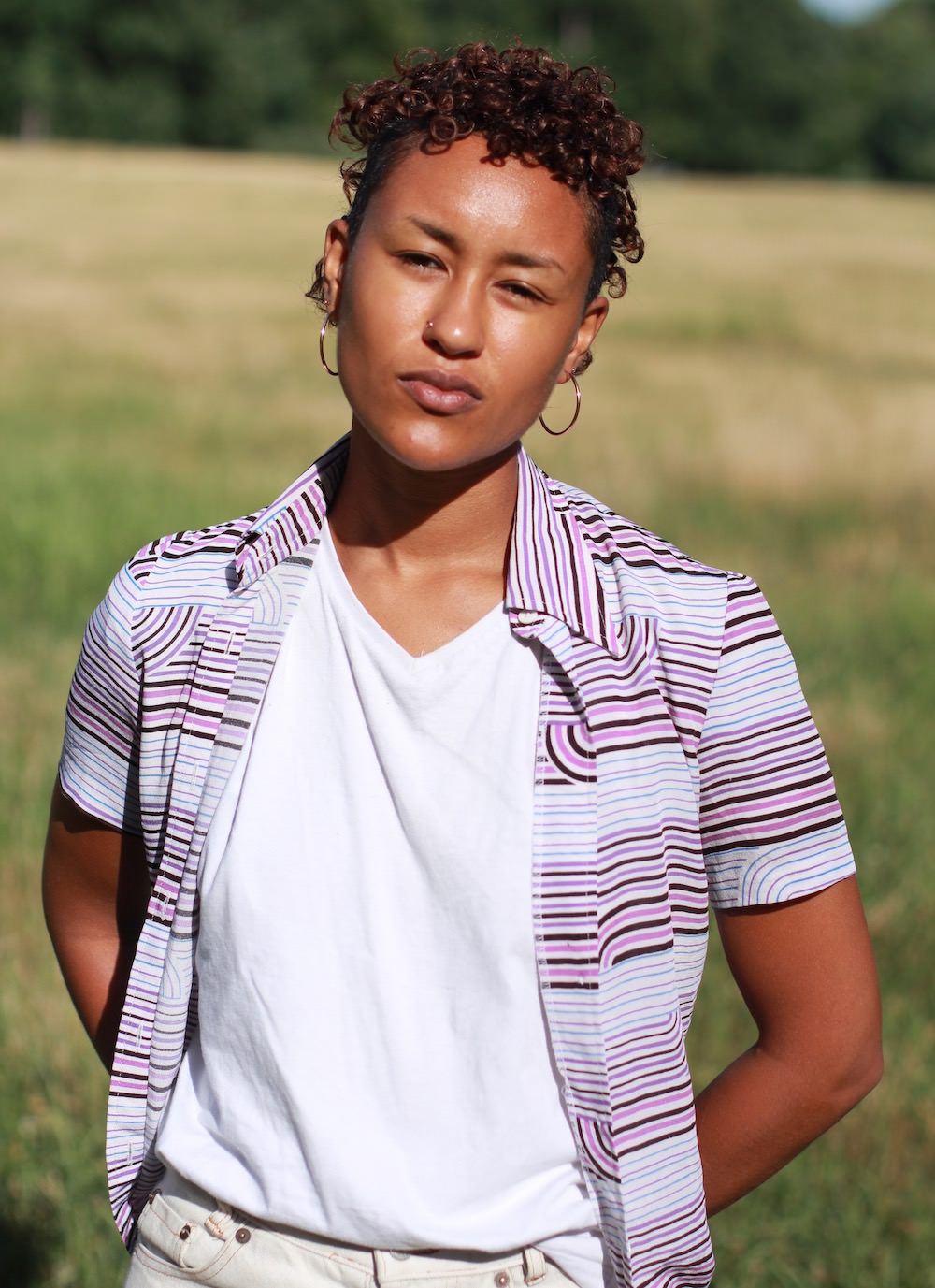 Jas Fullerton, also known as Auco, is another Londoner based in Berlin. Jas reflected on how frustrating it was before they knew about No Shade, the unwillingness they experienced from male peers when it came to sharing skills. “It’s more difficult to find a community where you feel accepted, every time I asked my guy friends about DJing, they didn’t want to share.”

It’s not only about building your library, but building your self-esteem, too. “I feel more confident, I feel very supported,” Jas explained, “It’s really nice - everyone is at different levels so you have the opportunity to progress. I’ve had a lot of incredible sets, both individually and together as a group.” 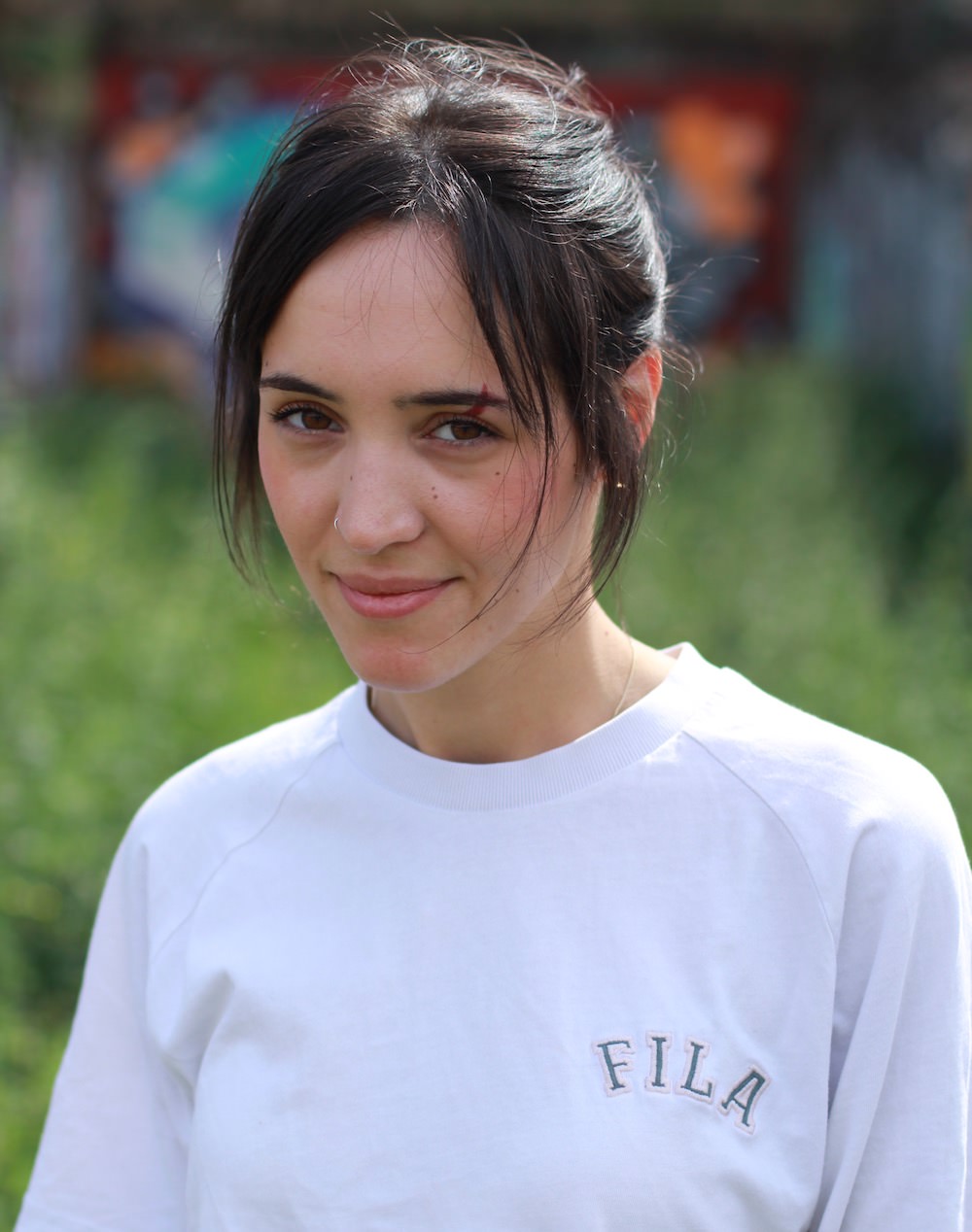 Sara Bonaparte is from Portugal and has been living in Berlin for three years. Although her background is in illustration and animation, she was attracted to the mentor program and now feels a new career is taking shape. “In the beginning, I thought DJing would be a side project, but as time goes by I spend more time digging new music instead of new visuals, I spend more time preparing playlists than doing illustrations, so it’s taking over.”

After completing the program earlier this year in February, Sara benefitted from getting booked for gigs through No Shade at first. Now that she’s been building her profile, she gets booked by people who attended those gigs and liked her style.

A year into the program, Palmestål feels that a shift might be happening in the industry, finally. “Promoters are more aware and demand is higher for non-male DJs now,” Palmestål said,“It’s becoming socially unacceptable to have all-male lineups. The demand of female, non-binary, and trans people out there who want to learn DJing is also super high, but a lot of times, playing with CDJs, you need some kind of access to get started.”

People can also join No Shade without participating in the mentoring program, “Just reach out and express interest in contributing,” Koster explained. “One member of the crew helps out by focusing on grant writing only, and the team is rounded out by two VJs who joined but didn’t go through the program.”

Also, men are not excluded from supporting No Shade - two important members of the crew include Shaun Bass and Shub Roy, who are an integral part of the program, helping with grant writing, visual communications, and merchandise. 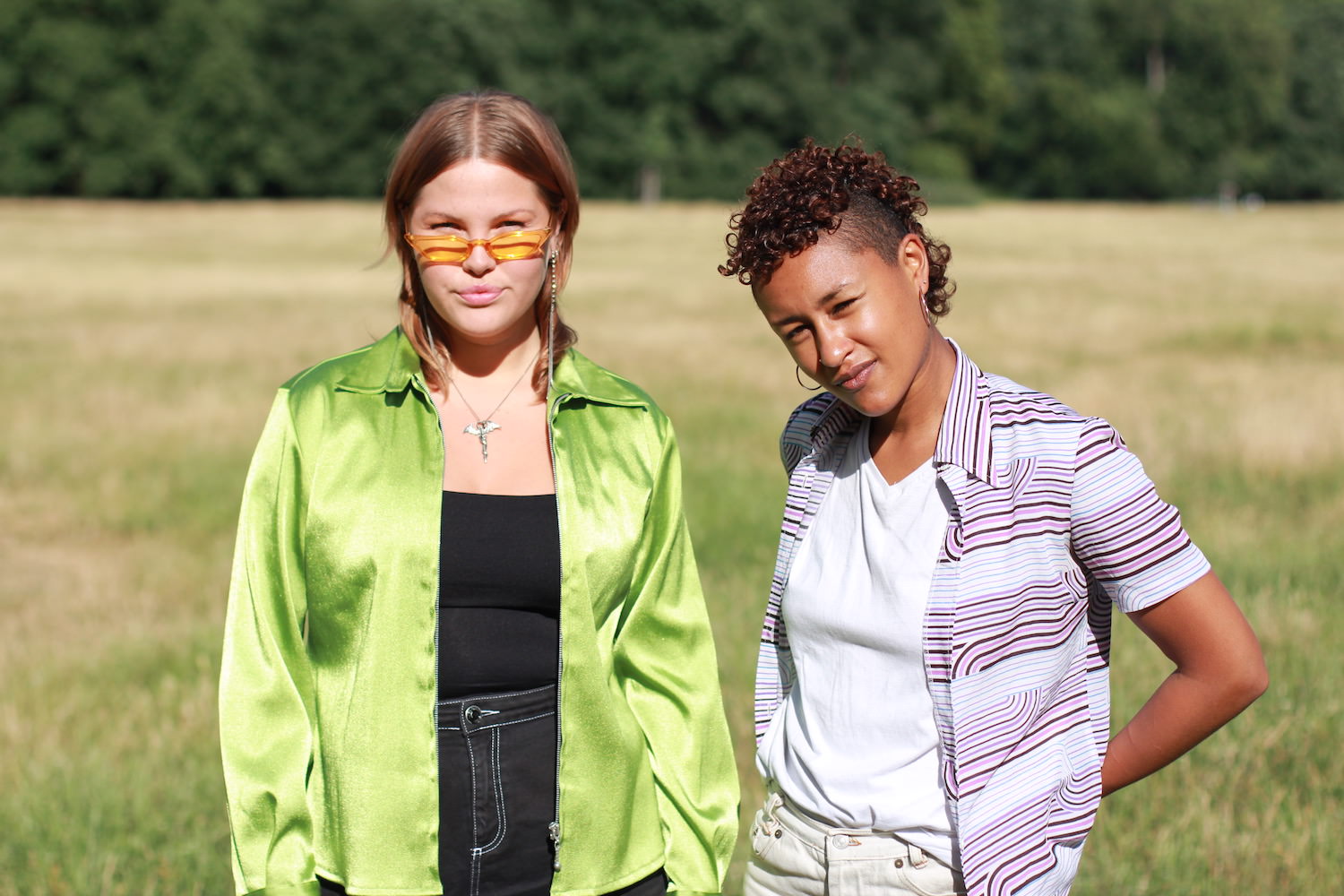 No Shade has a busy few months ahead, including curating a floor for Red Bull Academy in September, preparing open workshops outside of the mentor program, vinyl DJ workshops, a possible lecture series on rave music and music history, and providing their CDJ training to other events organisers.

The application period for the next No Shade mentor program should open up later this year. In the meantime, you can pick up some gear from their shop and follow them on Instagram.

Freelance writer and radio host from Ireland, based in Berlin.