Mel Kadel’s Path to Making it Herself

They have a warmth, perhaps from the paper she often uses that looks like it’s been stained with tea. Her subjects are often partly obscured: by a pile of flowers, by a cloud of color, by another subject’s body that seems to co-mingle with their own. And it’s up to the viewer to decide if the figure is being swallowed up, or if they’re finally coming into their own.

This room - to decide if someone is lost or found - is what I love about Mel’s work. I chatted with her to find out more about how her work developed and how she built a career as a full-time artist. 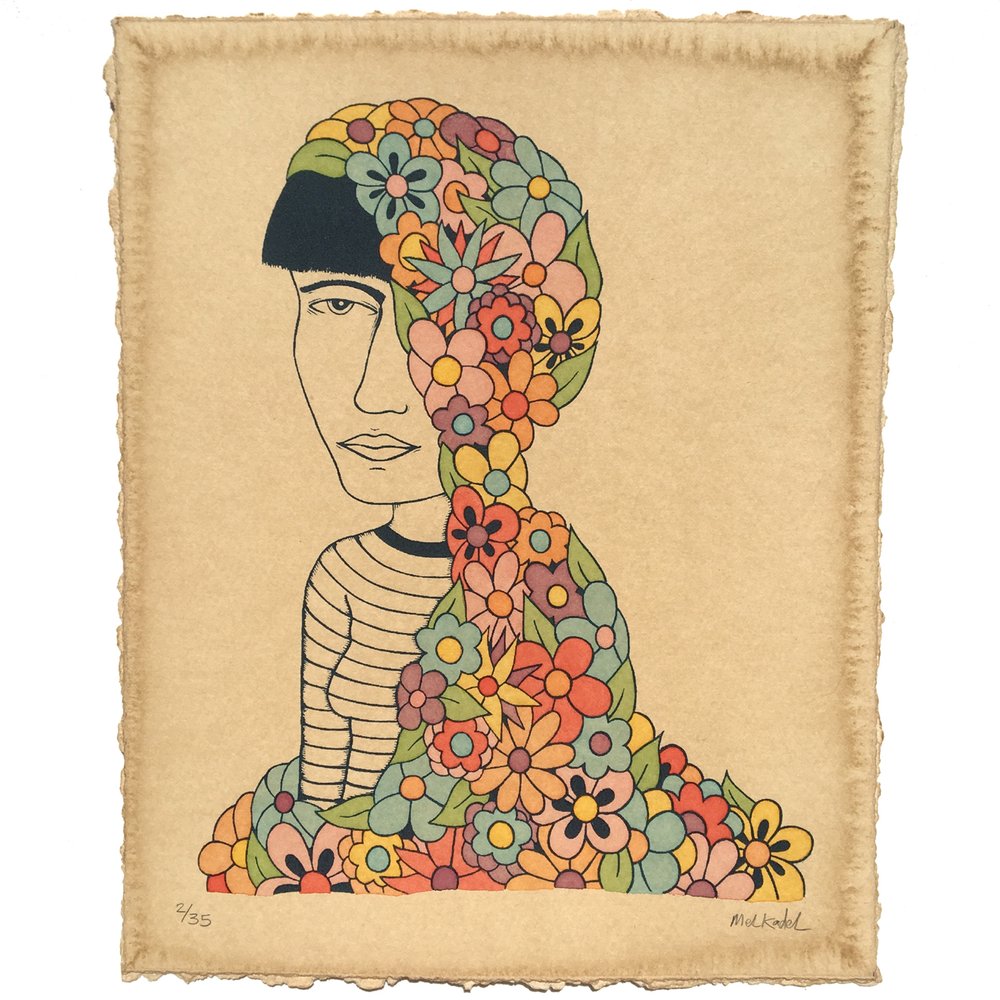 How did you get started on your artistic path?

It began with a lot of influence from my big brother Greg Kadel, along with Selby Doughty - an incredibly special teacher I had in high school.

When I was around 16 years old in Selby’s class, it became a total oasis to me and I knew I wanted to focus on art moving forward.

My high school was really large, and in most cases it felt like we were herded from one room to another. It was chaotic. In Selby’s room, when that door shut, it was like the world opened up. She would walk around the room while we worked, and fascinated us with personal stories, history, philosophy, geography. She blended teaching different processes and experimentation with a straight hour talk about the world. She spoke to us like we were older than we were; capable of more. As awkward as we all were at that age, she had us do self critiques, and the constructive critique of others. A very adult concept when I think back. It was not a blow-off class. It required a ton of work and respect. I was pushing myself, experiencing confidence and insecurity with harmony, and wondering what she would talk about the next day.

Who were some artists that inspired you early on?

My earliest inspiration probably came from Shel Silverstein. He still is one of the best, in my mind. I think everything I was exposed to at that time, where I grew up, came in the form of book illustrations, art on record sleeves, magazines, and art related to skateboarding. In high school someone showed me Edward Gorey’s work which totally opened up another part of my head. I fell in love with his heavy lines, how he blended narrative with something a little darker and less linear. The exposure changed drastically when I moved to Philadelphia and started spending time in New York. It just started pouring in from all directions. 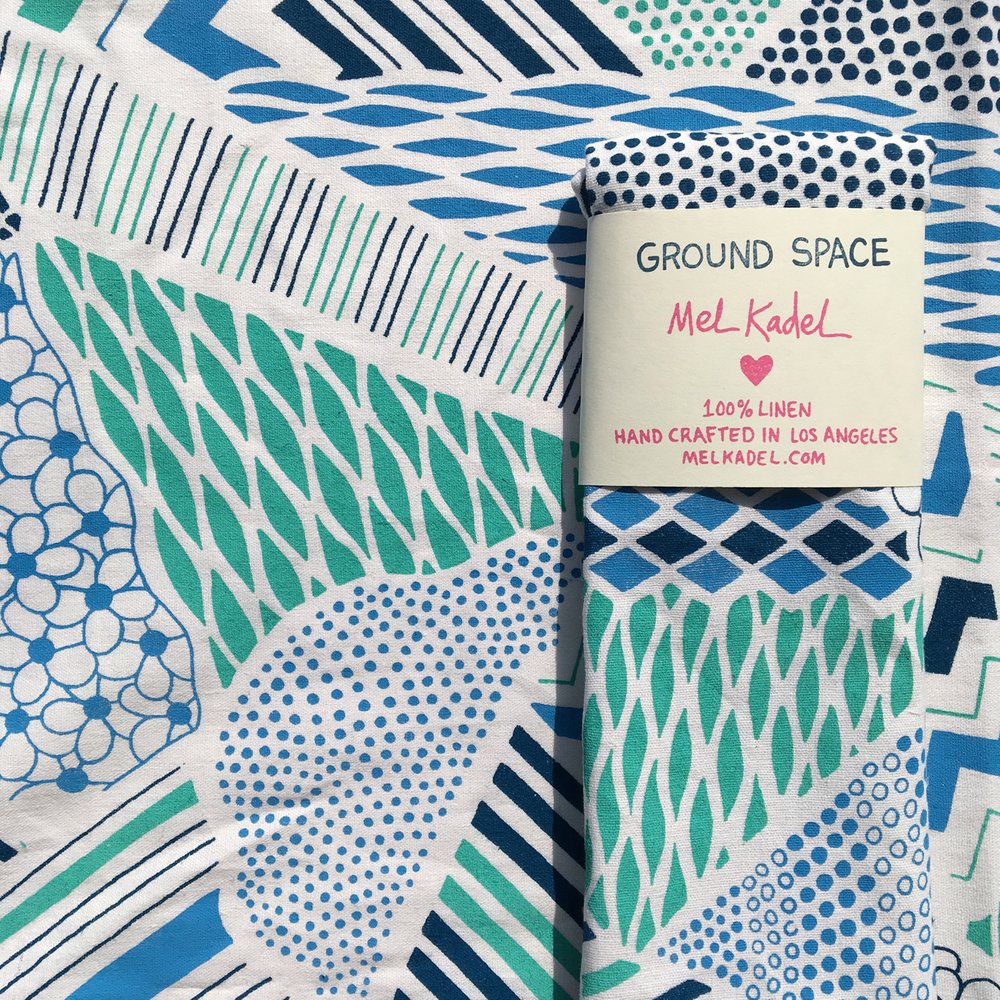 What are some of the recurring themes in your work, and what about them inspires you?

Most of my work stems from an emotional and psychological journey. I feel like it’s a universal topic that revolves around all of our inner struggles.

I think we all share in this challenge, of navigating our own thoughts, but I attempt to express the struggle with strength and perseverance.

We live in such a mess and simultaneously around so much beauty. It’s a very vast subject to me, that I feel connected to. I never have an outcome in mind of how I want someone to feel. But I know I don’t want it to be bleak. Visually, I want it to be nice to look at. Personally, I want someone to feel it. And, if an image connects with someone on a bigger level, then it’s really amazing, because it becomes their story more than mine.

If I had a daughter she’d be named Micron

How has the process of working on murals and smaller drawings influenced each other?

My smaller work influences the murals, more than the other way around. I normally work on a very small scale with little pens and a lot of detail. So when I work large, I really consider how I can translate the image while adjusting to the different size and materials. It’s a challenge for me, but I love seeing something so much larger and getting more of an impact from it.

Thinking about the beautiful poster that you offered as a free download for the Women’s March, how do your social and political views factor into your work?

I don’t usually work with a direct line to any political views. But as the Women’s March was approaching in 2017, it felt like a completely natural place to involve my work and make it available for people.

For two decades I’ve focused mostly on female characters with a very feminine point of view. As I was preparing to go to the march myself, and was making t-shirts and posters for friends, I quickly began to try and expand on that by making the download available for people all over the globe, with t-shirt sales benefitting Planned Parenthood. I was really proud to see the “Her Rights” image utilized in such a meaningful way and in such a larger context. 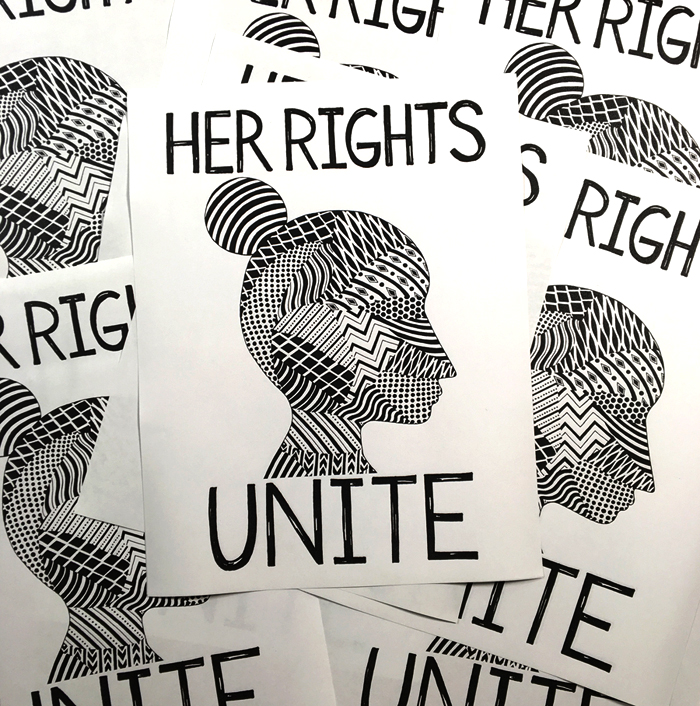 What is a favorite project you’ve worked on? Or a type of work you’d like to do more?

My favorite thing is to work on art shows, because I get to delve into large bodies of work over long periods of time. It’s the most rewarding for me. But project wise, I’ve loved to work on things that are functional or bring my work into an environment that doesn’t necessarily involve the art world. Like doing wine labels. The work gets to interact with people in their everyday lives, in ways it usually doesn’t get to do.

You’ve paired up with some companies to create products. How did working with those brands inform your own product line?

Having an online store gives me the platform to sell items that are just mine. It’s nice to collaborate with companies, and it has helped give me incentive to also make my own products. Nothing beats the freedom of just producing things yourself and having complete quality control without the logo of someone else. I enjoy the process of making shirts, tote bags, etc. and working with local printers. For me it’s a nice break from sitting at the desk and drawing, and to see the work being utilized in a different way. 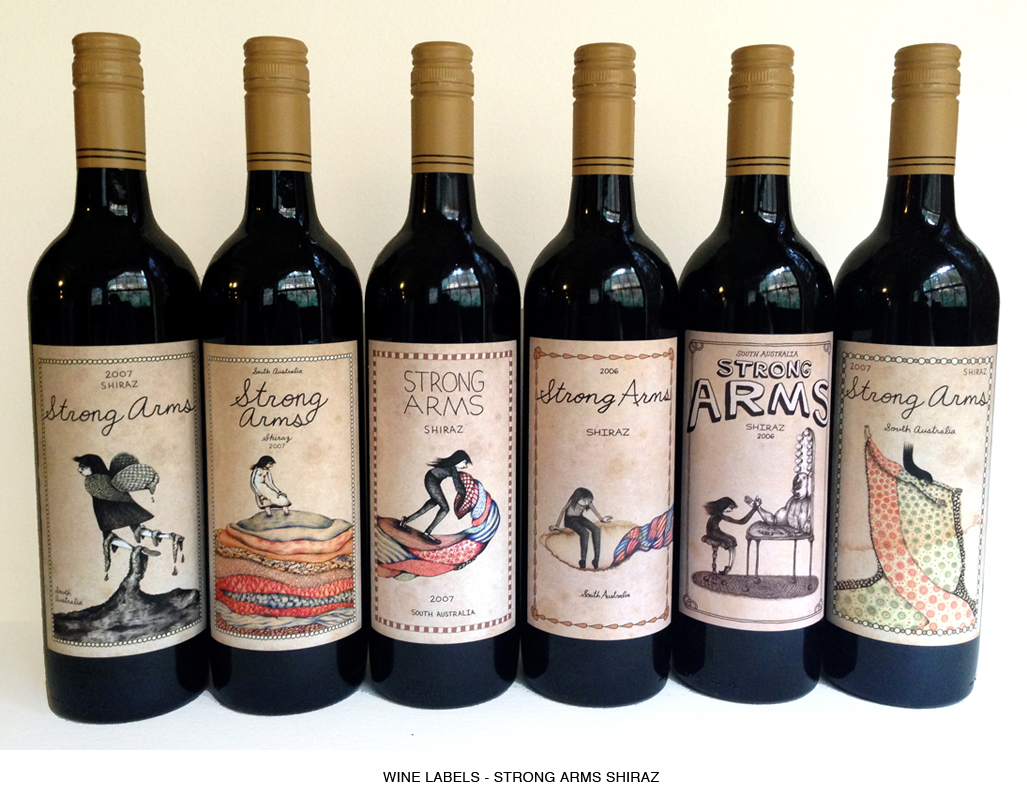 How did you connect with those different companies?

The wine labels (and some others), came to me. However, I’ve never been shy to approach a client or magazine to introduce my work, if I think they’d appreciate it. In a few cases they responded and it worked out, but most times I’ve wondered if they ever received my package or got my email? But, it’s totally worth it to try and find a creative way to get someone’s attention, if you think it’s a good fit. Generally speaking, I think people have a bunch of eyes on each other these days with social media, whether they engage with each other or not, they’re looking around. I continue to put my focus on my own projects and exhibitions, while the other stuff seems to happen with no particular rhyme or reason.

What have you learned from running an online shop that you didn’t learn from selling your work in a gallery setting?

I love running my little online shop. I look at it as a way to make small editions and items that are more accessible and affordable. So for those people that can’t afford original work or aren’t in areas with a lot of galleries, it’s a place to still collect something unique. What I’ve learned is that the online shop still has to represent my work in a hand made way, so the pieces still feel special, and not manufactured.