Starting a business is not for the faint of heart. Doing it with your new spouse? A feat.

But Sean and Joanna Widman-French are doing it, and doing it well. They married in August of 2018, and just eight months later, have found themselves running a fledgling, food-focused marketing and creative services business together from their home in Boston. Successfully. They help young businesses just like themselves find their voice, create content for them, photograph their products, and market to a wider audience.

Harbinger’s focus on young, food-based businesses allows them to be extremely flexible with the services they offer; each of their clients has different needs, and Sean and Joanna have adapted well to all of them.

Both have backgrounds in this line of work - Sean went to school for design, Joanna for marketing, both at Champlain College (where I got to know them). And though Harbinger has been their dream for a while, they never thought it would materialize as quickly as it did.

When Sean’s freelance food styling allowed him to leave his corporate art directing job in October 2018, he leapt at the opportunity while Joanna held down a steady income stream at her job in the food industry. This past January, she was unexpectedly laid off from that job, leaving the two of them at a crossroads.

Where it went from there is impressive, and just keeps getting better. I chatted with Sean and Joanna recently to ask about how their first year in business (and marriage) was going. 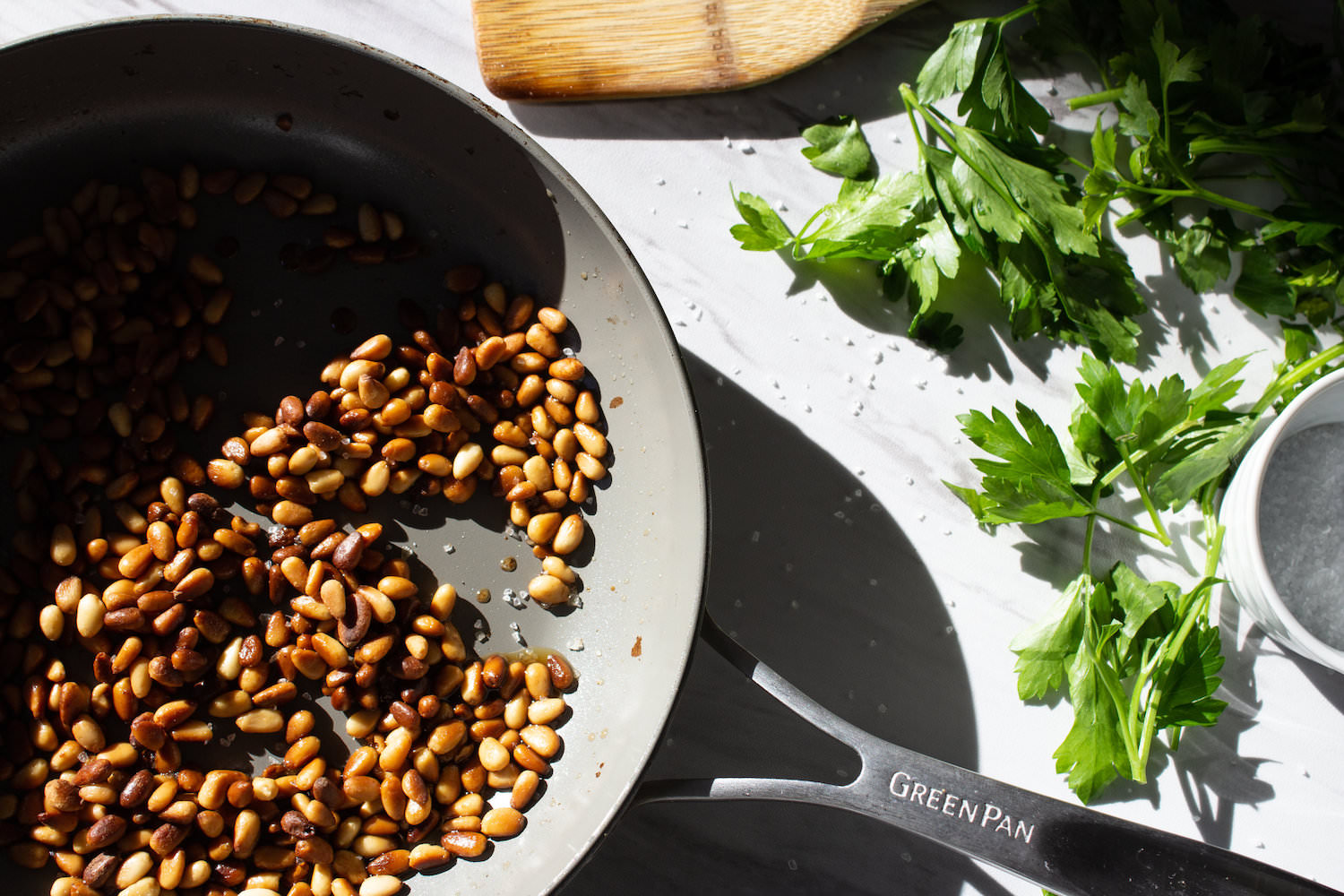 First thing’s first: where did the name Harbinger come from?

Sean: I actually just asked my friend one day what some of his favorite words were and he said “harbinger” was one of them. I looked it up and found that it meant a forerunner, or someone who goes ahead of the pack. It’s a prelude or someone who can signal the future. So we had the idea that we, as a creative service, can help others by showing them “the future” in a way.

Joanna: We view ourselves as harbingers for our clients. They may not be marketers or a creatives, but we’re five steps ahead of them and can bring them that knowledge. We help them to get five steps ahead too, so they can compete with larger companies. 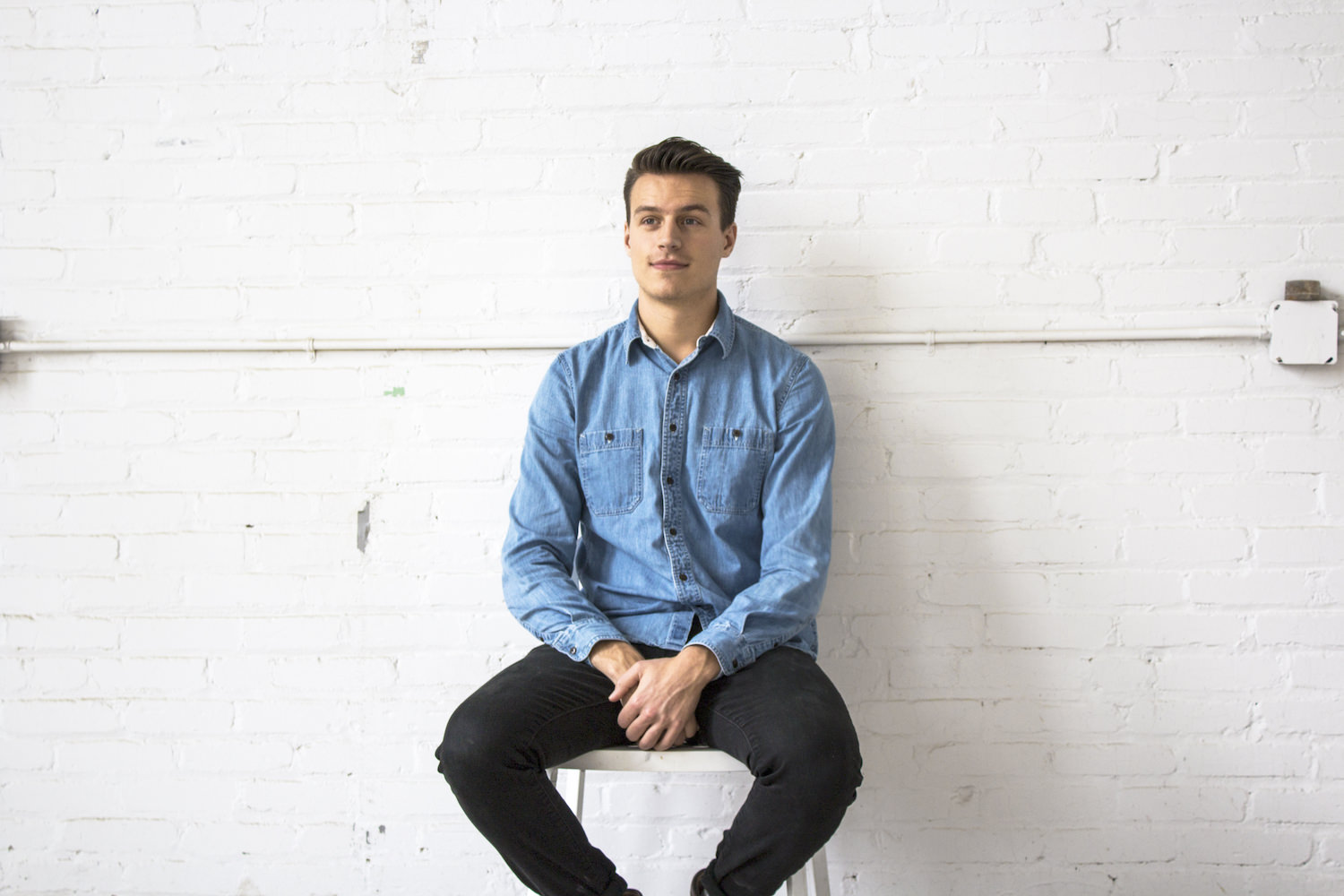 Sean, what led you to begin dabbling in freelancing while working at your most recent job?

Sean: When I moved to Boston, I took a job as an art director at a creative agency whose clients were mostly in the healthcare or finance sector. I saw the opportunity to be really creative there because a lot of those types of businesses aren’t known for their creative branding or marketing. But there was always a certain level of bureaucracy and red tape surrounding projects at such a large agency, so I never got to talk with clients directly, and there were so many people on accounts that it really boxed in my creative thinking.

So I made my own creative outlet; I started a project where I designed a poster every day for 100 days. After I finished that project, I started reaching out and trying to network with other creative people, specifically food stylists. As I started to gain all of this freelance work, I realized there was a market for what I was offering in the food industry. I got so busy with the styling that I realized it made sense for me to transition to it full time. 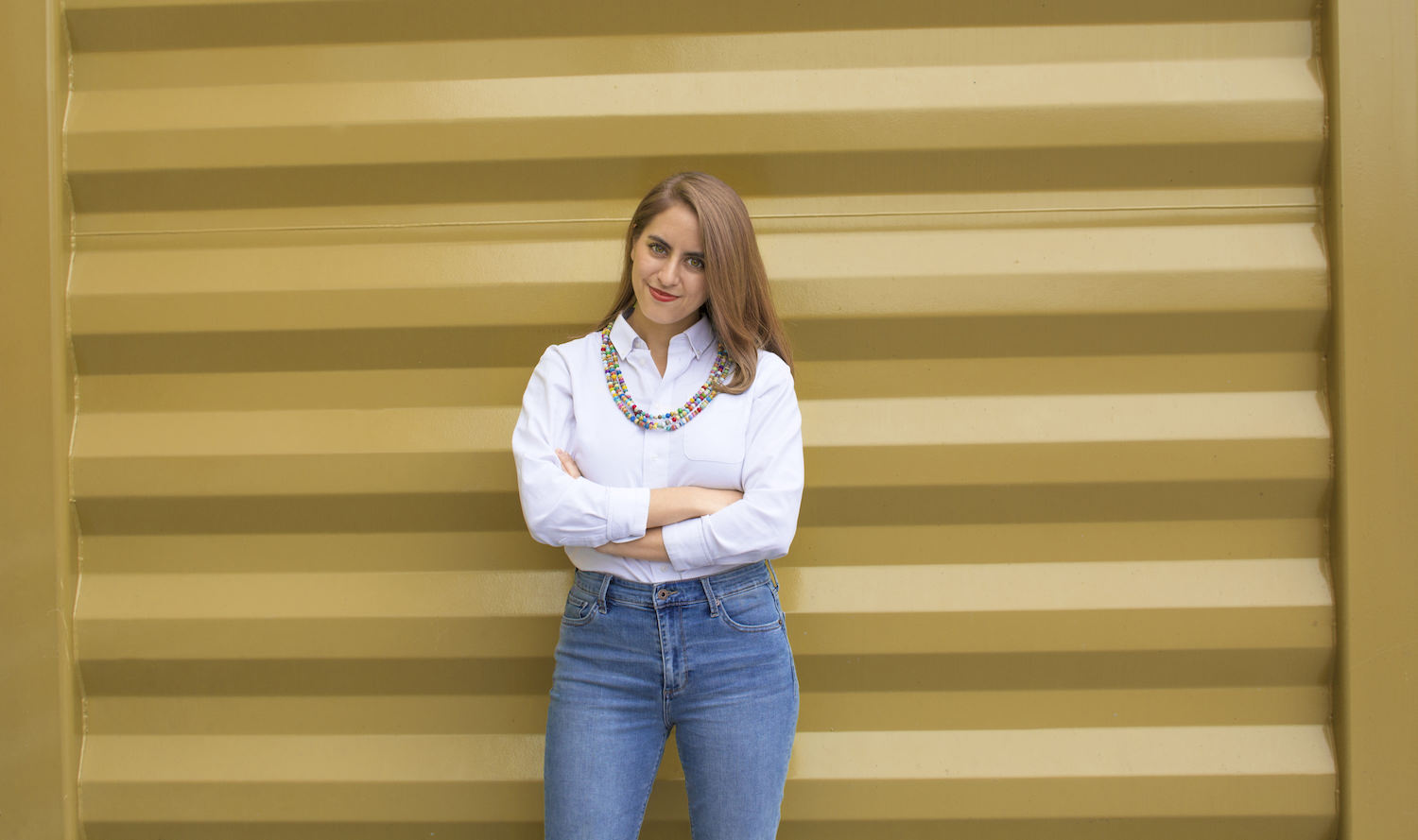 Joanna, what did it feel like to join Harbinger after being laid off from your job just a few months after Sean started the business?

Joanna: Well, I’ve always wanted to help small businesses. When Sean was doing his freelancing, I knew it was my turn to pull the weight of having an income and benefits, and that I had to stick with it for a while. Even though I wasn’t very happy in my job, I wanted to support Sean’s passion, knowing at some point I would be able to follow my passion as well. But we hadn’t realized how well it would work for us to do it together.

When I was laid off in January, immediately I was shocked, in a financial sense, because Sean only had one client at the time. But I also felt a huge sense of relief, and I saw it as a sign that I needed to jump start whatever it was that I wanted to do.

At the same time, we realized this business that Sean had could work very well with what I wanted to do. And this was the perfect time for us to do it together because Sean’s photography was really beginning to directly support these small food businesses, and I had just come from working in the food industry and I had that interest in helping small businesses, it just made so much sense for us to work together. Now, a few months later, I’m just so happy that it all happened earlier.

It really seems like the universe was conspiring to make this work for you two. How has it been working together as a couple?

Sean: We’re recently married, in August, so we’re in the first year of our marriage as well. Even if we weren’t working together every day, and just working our separate jobs, finding a balance in our relationship as newlyweds would still be there. Seeing each other all day, every day, it’s challenging to remember to take off the “work hat” and replace it with the “relationship hat.” We’re mostly working from home too, so there’s no routine of us going into an office and coming home at the end of the day. That separation isn’t there.

Joanna: Work and personal life are very blurred, but I think the way we’re trying to improve that situation is by keeping our work and personal life separate. We have to be fully present with our work life and married life to make both of those lives work. We’ve really tried to make quality time for each other, and physically put our work and laptops away at night to make room for that quality time.

We’re already very good communicators, so I think that’s really helped us be able to work together. We’re able to share our feelings and be transparent with each other without fear of judgement.

So now that you’re not tied to a corporation or a boss anymore, you must have a new set of obstacles and challenges that weren’t there when you were working for someone else. Even when everything fell together and your dreams came true like they have for you both, what are the realities of working for yourself versus working for another business?

Joanna: The stress of everything counting so much more, everything has so much more weight, because every client is our actual income. If you work for a company, you can mess up and it’s not going to cost you your rent. The wins feel greater and the losses hurt more. Just from the past couple months, being able to grow thick skin to handle that feedback and keeping business as business is so important.

Sean: As soon as I left my job in October I realized how I needed to be my own marketer and accountant, and all of that. There was so much that needed to come before the creative work I wanted to be doing.

What marketing strategies have you implemented for your own business? Anything surprising?

Joanna: Networking within the Boston / NYC food start-up community has been the most effective way to market our services. Starting out, we attended as many networking events as possible. We volunteered at industry events, attended food shows, and did things like pro-bono speed consulting events. It’s so much easier (and better) to connect with people when you’re meeting them face-to-face. With such a tight-knit community, we started receiving referrals pretty early on which was definitely surprising. 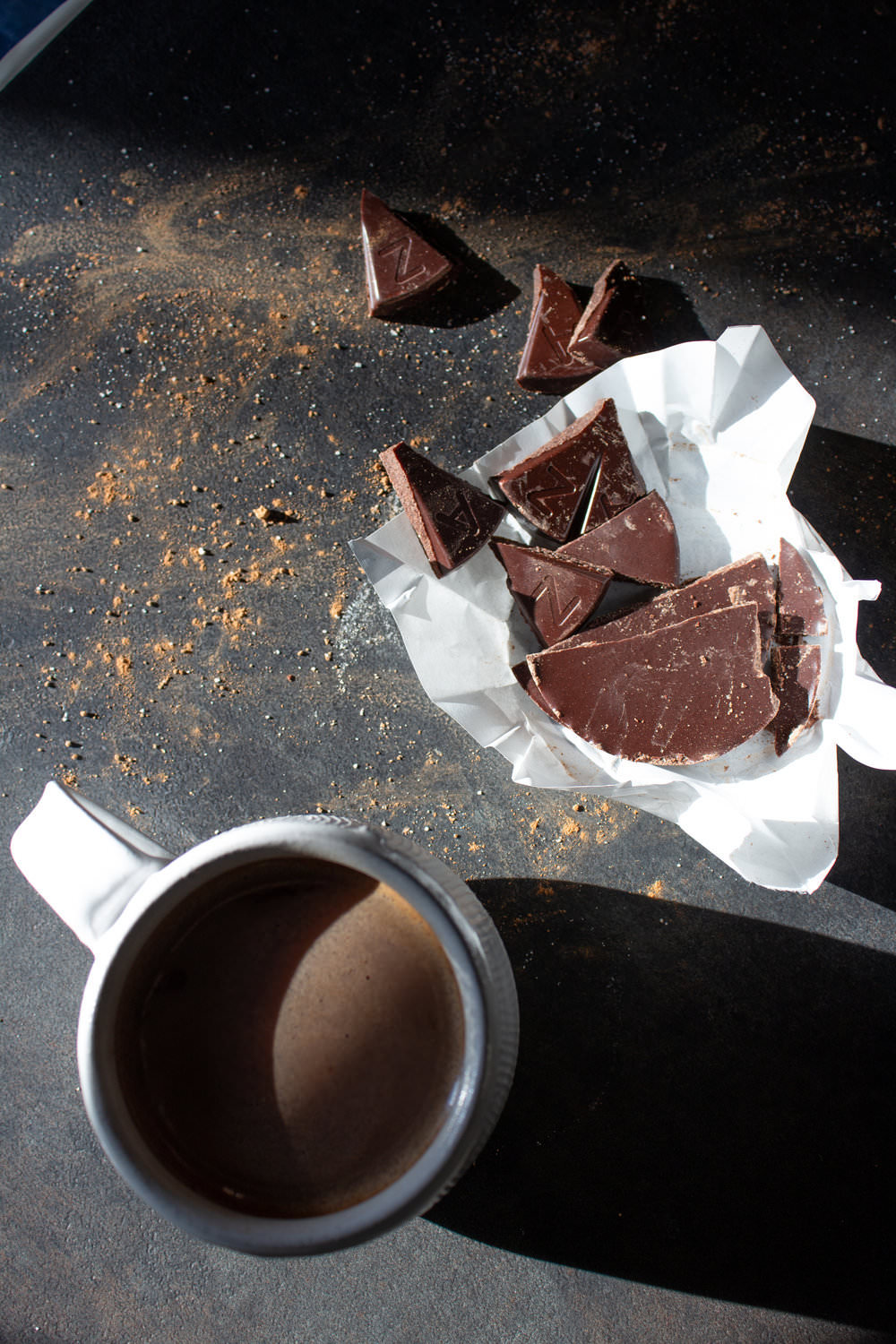 Are you getting to develop your creative muscles as you hoped to when starting Harbinger?

Joanna: Yes. These startups we work with are so new and flexible. They’re still building their brand, so we have such a direct impact in what that’s going to shape up to be. When you work for a company, you’re just one piece of a team so you have less of an impact on the final product.

Sean: For me, before my previous job there was a certain level of monotonous work, just checking boxes. Now that every day is different, I get to hit on a different aspect of my creativity that I haven’t been able to in awhile.

Do you feel financially stable?

Sean: When we first started Harbinger we were just hemorrhaging money every month. We were losing so much. So we’ve had to step back and change our mentality. For me, it’s about developing this new understanding of how we look at finances. Not to say that we shouldn’t save as much, but to be comfortable to know that one month we might not make any money, but next month we could make twice as much. If we keep trending the way that we’re trending, I think there is stability in that, but we need to be sure we don’t take it for granted.

Joanna: I’m always thinking in worst case scenario, so there’s just that constant feeling of anxiety. But at the same time, I guess there wasn’t stability with our office jobs either, because I got laid off! It actually is a little freeing, knowing that we can totally survive this way. Even if you don’t have a lot of clients at first, there is so much gig work out there, you’ll be fine. You can make it work.

We’re just getting comfortable with the ups and downs financially, and changing our mindset around that. There is always hesitation to take a leap into a job less traditional than your family pictured for you. Like, I was so worried about health insurance. Everyone was asking about our health insurance! But you can just buy insurance. It’s fine! If that’s what’s standing between you and what you really want to do, that’s crazy. You’ll figure it out. And once you can get out of the traditional career mindset, it’s so freeing.

Sean and Joanna Widman-French might just be the quintessential millennial power couple. Only in their late twenties, they dove headfirst (with some mindful planning and good luck) into an industry they’re passionate about and haven’t had much time to look back. Being a small business themselves, they use their own experiences - good and bad - to connect with business people like them to help them overcome the challenges that so, so many small companies deal with.

And though simultaneously being a couple and running a startup can be challenging, the Widman-Frenchs have taken the flexibility they offer their customers and applied it to their relationship. Their communication and patience has helped them adapt to life as shared business owners, while maintaining the connection they had long before Harbinger came to fruition.

And you know what? Maybe what’s helped them more than anything is their plain old kindness. Joanna and Sean meet everyone with a smile and a lending hand. Though they might not admit it, that could be their best token of advice out of them all. Be kind. But for good measure, the two of them leave you with these final tips: