Making Art As a Parent

Mike Murdock makes art “on the sidelines of real life.”

That means his radical, humorous, playful artwork happens somewhere between packing lunches, combing hair, reading books and enjoying epic My Little Pony marathons. As a stay-at-home dad of two daughters, he creates when he isn’t caring for young children. In other words, when he isn’t exhausted. 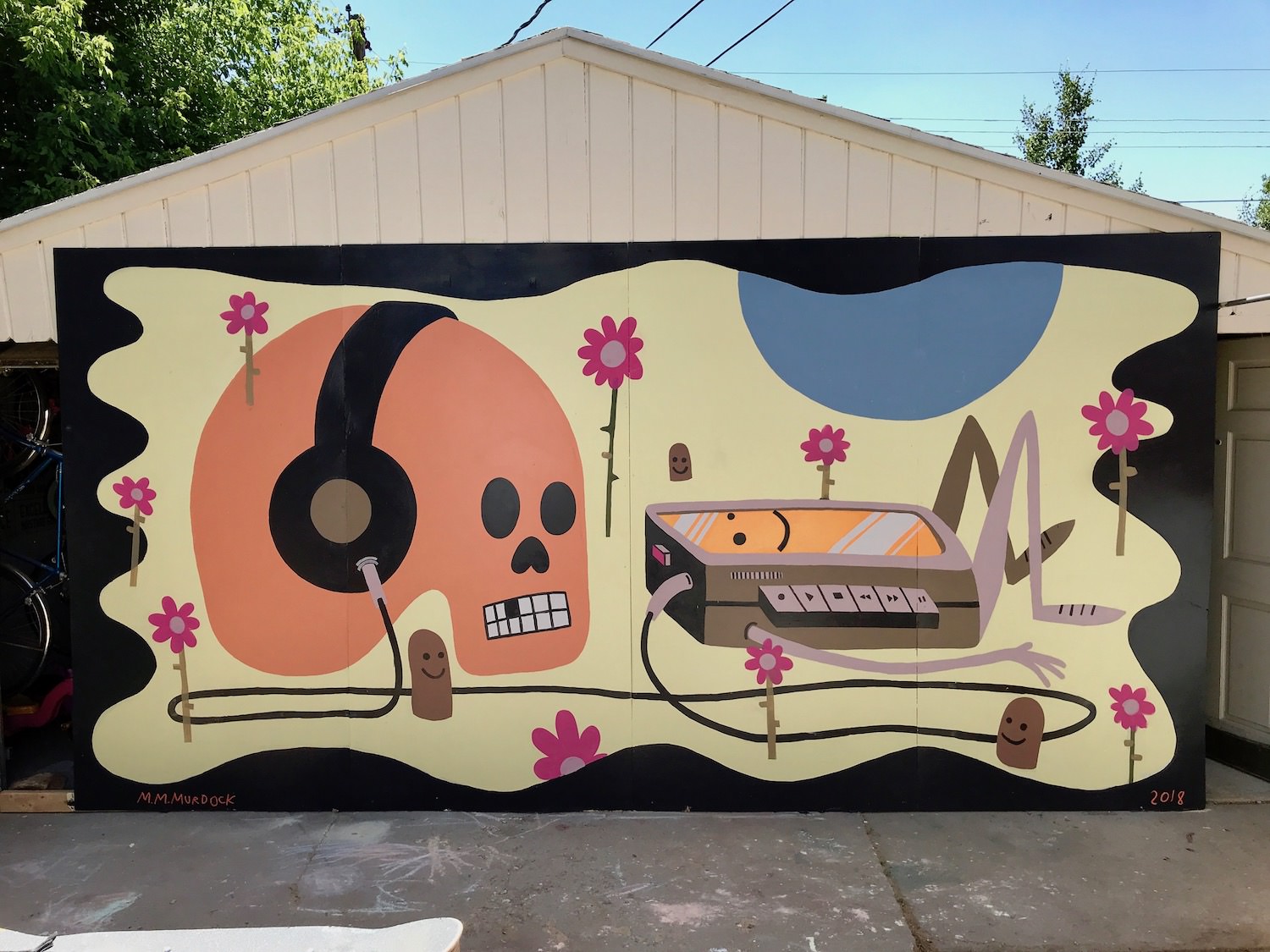 Being an artist involves “tons of messing stuff up, doodling, over-thinking, and trying to drum up those creative juices to get the wheels turning,” he says. “It takes a lot of time and I always feel like there’s other stuff to get done around the house. It’s hard for me to focus on something if there’s underwear on the floor and dishes in the sink.”

Most parents can relate to the struggle for extra hours in the day. Sometimes, it’s challenging just to keep your eyes open, let alone crank out brilliant paintings, prints, and murals. And yet, Mike gets it done. So does Heather Leeflang, a former teacher who hit her artistic stride about a year after becoming a mom.

“I knew my soul needed the outlet. But silver is expensive and my family had grown by one child and shrunken by one career. The idea of searching for an immediate job was tempting, but I had an inkling that if I could invest some time and effort into this jewelry endeavor, it could end up paying off in the future,” she says. “I set some measurable goals and within a few months I found myself participating in my first pop-up shop. People bought things from me, and I could hardly believe it. I was off and running.” 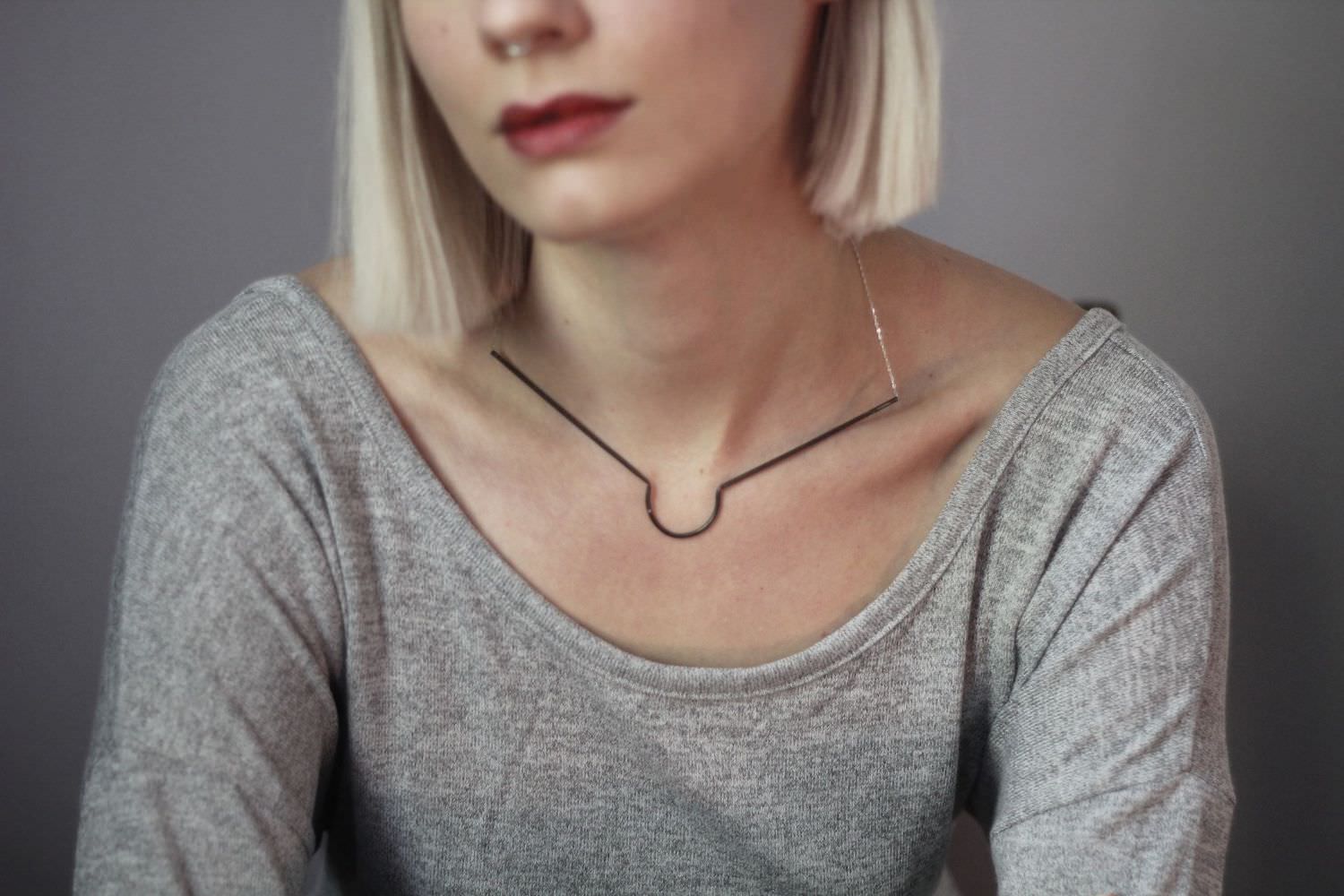 Parenting can mean the end of making art as you once knew it - and that can be a very good thing. It can unleash creativity in unexpected ways. You just need to get creative about how you put your ideas into motion.

This might sound counterintuitive, but before you even get started, don’t be afraid to hit pause on the whole endeavor.

“You’ll probably stop making art or at least slow down for a while, which is totally fine when you look at the bigger picture,” says Mike. “The tradeoff of putting the needs of a new little human before your own is kind of where the magic happens. It’s insane and hard and frustrating and confusing sometimes - OK, a lot of times - but you also discover what it is to have an unconditional love for someone else. Looking back on the whole scenario it makes me cringe to consider not having kids in lieu of being able to paint more or sleep more or whatever else I would be trading off for the family experience.”

Once you’re awake (enough) and ready to jump in wholeheartedly, figure out when it’s most realistic for you to focus and create.

“For a while I was trying to multitask and work on whatever while watching the kids, it just ends up frustrating for everyone because you can’t actually get anything done and they don’t get the proper attention they need and desire,” says Mike. “It’s a lose-lose scenario. If you’re going to be with your kids, make it special kid time where they have your complete and undivided attention and you can all goof off or whatever and enjoy this special time with your crew as it truly does go by insanely fast. If you’re gonna try to work on some stuff, pick a time when there is nothing there to distract you.”

Mike feels most creative early in the morning, so he tries to draw before his kids wake up. Heather, on the other hand, prefers to burn the midnight oil. 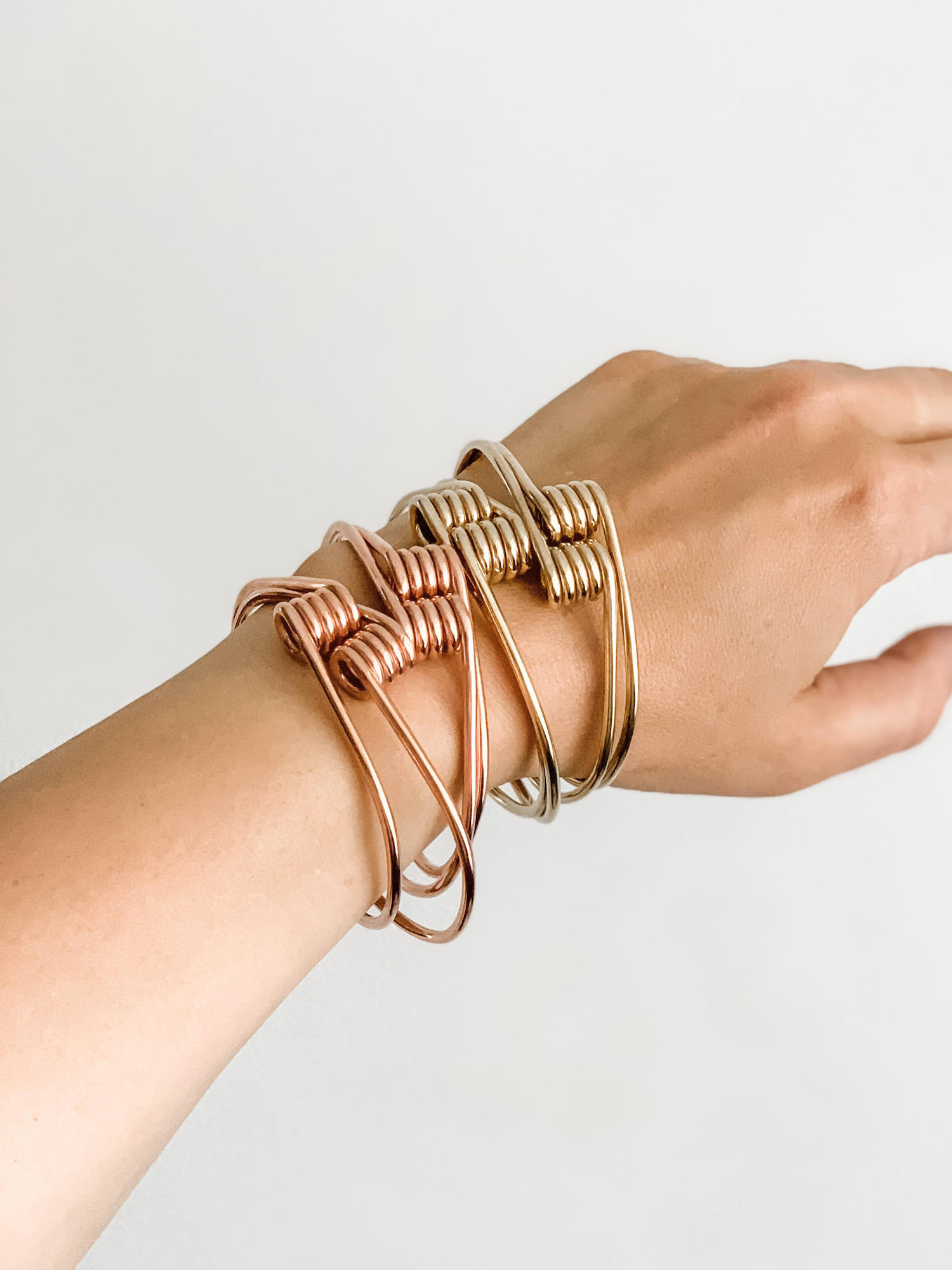 “My real uninterrupted time is after the kids and husband are sleeping,” she says. “I’m blessed and cursed with an internal clock that does not match the ‘early to bed and early to rise’ crowd. I set an alarm for when it’s time to go to bed, and get to work.”

Still, both Heather and Mike embrace their unpredictable routines. They can’t always work when they want. Sometimes he heads to the home studio after tucking in his wife and kids; often, she works like an athlete - running in intervals.

“I drop the kids at their respective schools, then have about two hours before needing to return for pick up,” she says. That’s when she checks off the top of her list, whether it’s fabricating jewelry or working through the clerical side of things.

When she can engage her kids in post-school activity, she’ll take the opportunity to “sneak downstairs for a few 10-minute sessions here and there. It’s a piecemeal approach, and certainly not ideal, but if I’m consistent I can surprise myself with the little bits of progress I’m able to make.”

While solo time is necessary to creating art, it’s amazing what happens when you involve your kids and welcome their influence.

When Heather’s kids were much younger, she moved away from large earrings and long necklaces in favor of tiny studs, hoops, bangles, cuff bracelets, and shorter necklaces that baby hands couldn’t easily grab and remove. She credits that period of parenthood with some of her best-selling designs. Today, her children want to create alongside her. She bought a few extra sets of pliers and mallets so they can manipulate scrap metal while she works. It broadens her perspective - and theirs as well.

“I appreciate that my children are direct witnesses to my work. When they ask why I need to go deliver some jewelry, or they’re frustrated that I need to finish a project instead of doing something more fun, I’m able to have the ‘this is how I am earning the money we need to be able to do the fun things’ conversation with them,” she says.

“I can see their minds chewing on the conundrum of work and money. They’re being introduced to a version of work that could be theirs for the taking if they so choose it.”

For Mike, painting with his kids is a radical jolt of energy that keeps him young - and keeps his art youthful, including a children’s book whose illustrations bring to mind the spirit of Shel Silverstein and Quentin Blake, a collaborator of Roald Dahl. 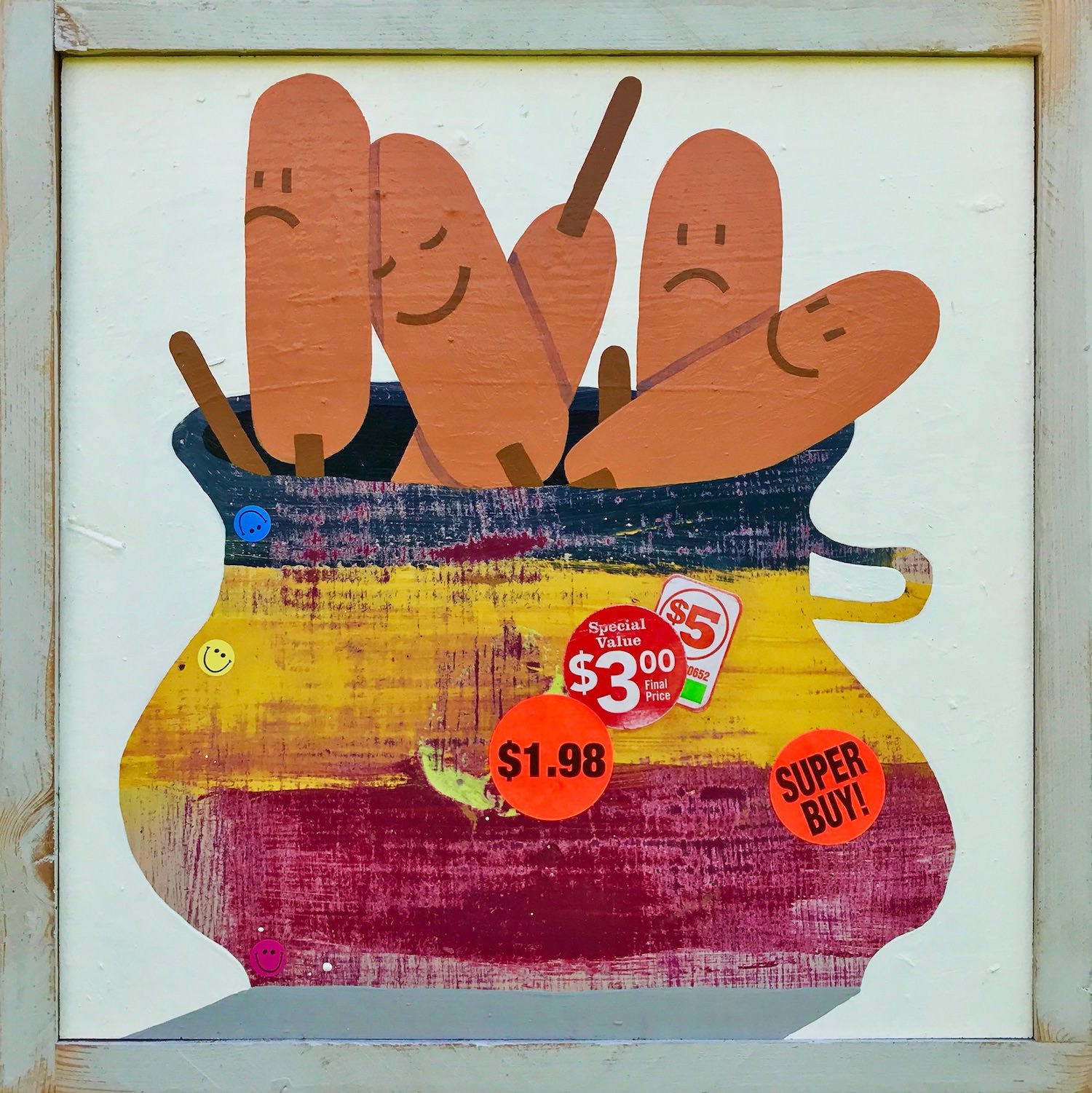 “Kids are so creative and it’s super inspiring even doing the most basic things with them because they have such a unique way of looking at the world,” he says, adding that having a fresh set of eyes on everything definitely helps the creative process. “I feel like no matter what kids are doing, whether it’s making a magic potion or a sand castle for bugs, the amount of thought and detail that goes into these things turns it into art by default. I don’t know if they’re looking at it like ‘I’m making art,’ but it gets me stoked.”

Parenthood is a balancing act. There’s no single trick to keeping everything together. Sometimes it’s smart to let everything fall apart. Mostly, it’s best to watch closely and listen. Pay attention to the moments of inspiration - whether it’s a glimmer of hope or a full-blown wake-up call. Seize them, wholeheartedly, whenever and wherever you can.

“I owe my current artistic journey to parenthood. It wasn’t until I had become a restless stay-at-home mom that I found the mental and emotional space to take a chance on myself,” says Heather. “Creating jewelry scratched my artistic itch and also turned into a form of mediation and mental catharsis. I needed the process in my life. I often wonder if this path I’m on ever would have happened had I never ventured into parenthood.”

Playlist: Working From Home With Kids