Jacqueline Suskin of The Poem Store on Risk and Purpose

On Episode 26 of The Process, host Shannon Byrne talked with poet Jacqueline Suskin on the risks she took to build a fulfilling and sustainable career filled with purpose.

It hasn’t only been a fulfilling career, it’s also been a (mostly) sustainable one for ten years - all while following a ‘pay-what-you-can’ model for much of her work. Jacqueline Suskin harnesses and shares the healing powers of poetry at private events, workshops, and through bespoke poems requested via her website. She has also written four beautiful books of poetry.

A writer and performance poet, Jacqueline operates under the name The Poem Store. She has built a beautiful career writing poems for people on-demand based on just a word or phrase given to her by a customer. She does so at the drop of a hat. I’ve seen it.

Jacqueline has a refreshing perspective on letting her business grow and evolve naturally. She doesn’t believe in pushing things based on societal and industry norms. She fully believes in change and the importance of being adaptable while blazing her own path. Jacqueline’s in tune with her intuition and is on a mission to help people fully see themselves.

She did major in poetry in college, but she didn’t take the traditional path of a professional poet. Most follow an academic road, eventually becoming a professor while publishing their works. Though she respects that journey, Jacqueline wanted something different for herself: “I want to be in service and to help people. I thought, if I’m going to be in the world as a writer, I want to actually be in the world, not sequestered to a university.”

That’s exactly what she did. She traveled and saw the world, serendipitously meeting Zach Houston in Oakland who was performing as The Poem Store. After joining him at a street fair, it was incredibly clear she had a knack for on-demand poetry. After a year and a half of running The Poem Store at the farmers market in Arcata, California, she realized she could make this her career. When it became clear she needed to be in service for more people, she moved to Los Angeles.

Since then, her career has continued to grow by letting The Poem Store be what it wants to be. “I feel that everything that’s happened with my career has come from letting it be and not grasping too hard,” she said. “Keep up the work but don’t try to cut yourself off or push yourself in one direction too hard because you might miss something super special coming your way. And that’s definitely been the way this career has evolved so far, so I’m not about to stand in its way.” 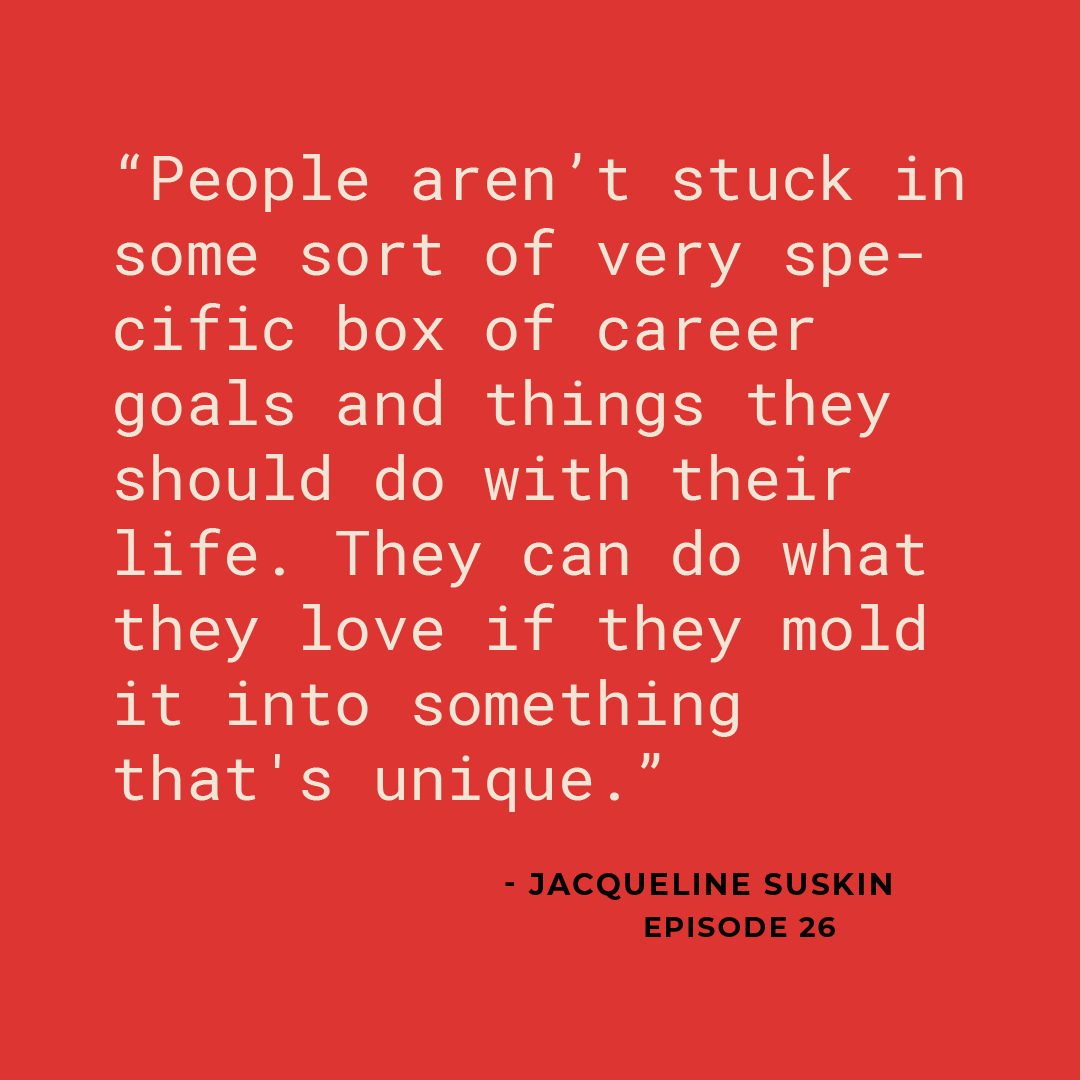 When I asked her if it was hard to make big changes to The Poem Store - like moving to LA or later moving on from the Hollywood Farmers Market - she responded, “It is just a project. It’s my career but it’s a project. It can change.” With that has also come learning to create boundaries, saying no, and taking care of herself in a way that works best for her.

The pay-what-you-can model has worked. People are honored to pay for such an experience when they can, and as a freelance professional, Jacqueline has come to fully expect the financial ebb and flow that comes with that arrangement. She added that living modestly helps while keeping an eye toward finding a more sustainable income model, “I’m just trying to be patient because I do think the sustainable aspect of it will solidify. I think if you stick out anything you love long enough and just keep doing it, that’s what happens. It transforms and takes on different levels of professionalism. I’ve seen that happen over the years so I’m just aiming onwards.”

One of the things that fascinated me the most about Jacqueline is that she knew what she wanted to do from a very young age and ran with it. Today, she helps people answer that very question. People often come to her wanting to know or understand their direction. Her work helps them sift through moments of transformation, doubt, or questions. By the end of the process, even if it’s a small moment of illumination, she helps people see themselves.

“I’m doing something for a reason and I know why I’m doing it. I have a very clear understanding of that so it doesn’t feel like a sacrifice. And if it is a sacrifice, it’s totally worth it.”

In this episode, we also chatted about her self-care and spiritual routines, her connection to the earth, how she moved to Los Angeles, and more. Check out my full conversation with Jacqueline below or read the show notes. You can also listen on iTunes, Spotify, or wherever you get your podcasts.