Eric Nyffeler’s design work projects a tactility that belies its digital roots. Though you’ll still find clean lines and symmetry in his illustrations, he embraces texture in a way that makes you want to reach out and touch the screen.

He brings the free-flowing energy and adaptability of a musician to his work - when your client list includes everyone from The Black Keys to Hasbro, there’s only so much room to play. Eric is one of the subjects of Make Something, shot and edited by the wonderful Travis Barron of Unlimited Time Only. You can check it out now!

And once you’re sufficiently inspired after watching that vid, here’s a little bit more about Eric’s story. He’s an artist on the rise who has already accomplished so, so much. In our quick chat, Eric shared a little bit about what it means to him to be a good designer, how he keeps things fresh, and how he approaches securing a big client. 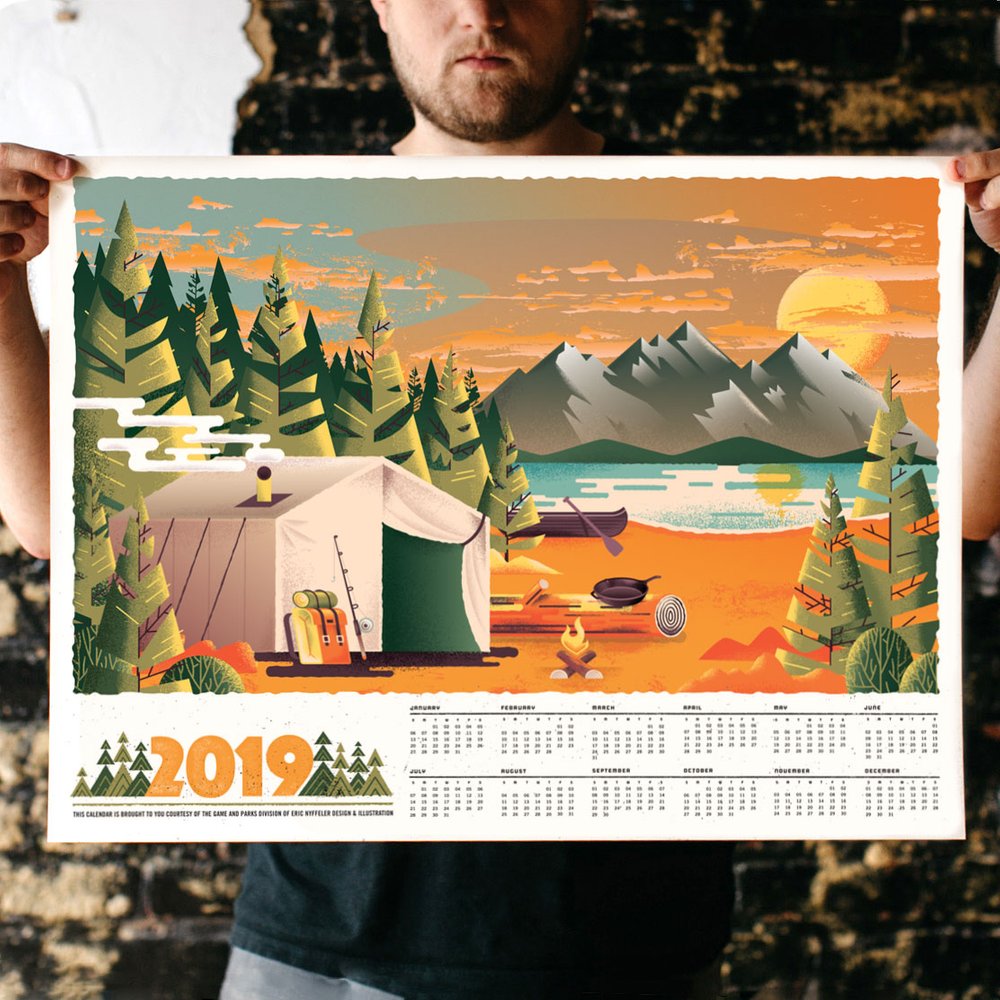 What sparked your interest in design and illustration?

Oddly enough, I got into design and illustration through playing in bands. Starting with my grade school and high school bands, I always loved making t-shirts designs, album covers, or show posters, even if it was all predictably and uniformly awful. Fast forward to college when I enrolled in some design and art classes, thinking that it would be handy for my bands. Much to my surprise, signing up for those classes turned out to be an absolute watershed moment. I still remember thinking, “Oh wow, this might want to be what I do with my life!” I immediately started doing design work for friends’ bands, and friends of friends’ bands, which also lead to making posters for venues for shows that I wasn’t even playing. Fast forward another few years and I’ve designed a few hundred posters for some of the biggest bands on the planet. Weird how that works out!

How would you describe your style?

This is giving me too much credit, but someone once described me as a “punk rock Charley Harper,” which made me blush until I passed out. But I suppose it’s not entirely inaccurate? I love taking the bold flatness of mid-century design and illustration and trashing it up with a broken photocopier and giving it a kaleidoscope color palette. I have to imagine that Charley would have drawn some pretty rad gig posters if he were alive today. 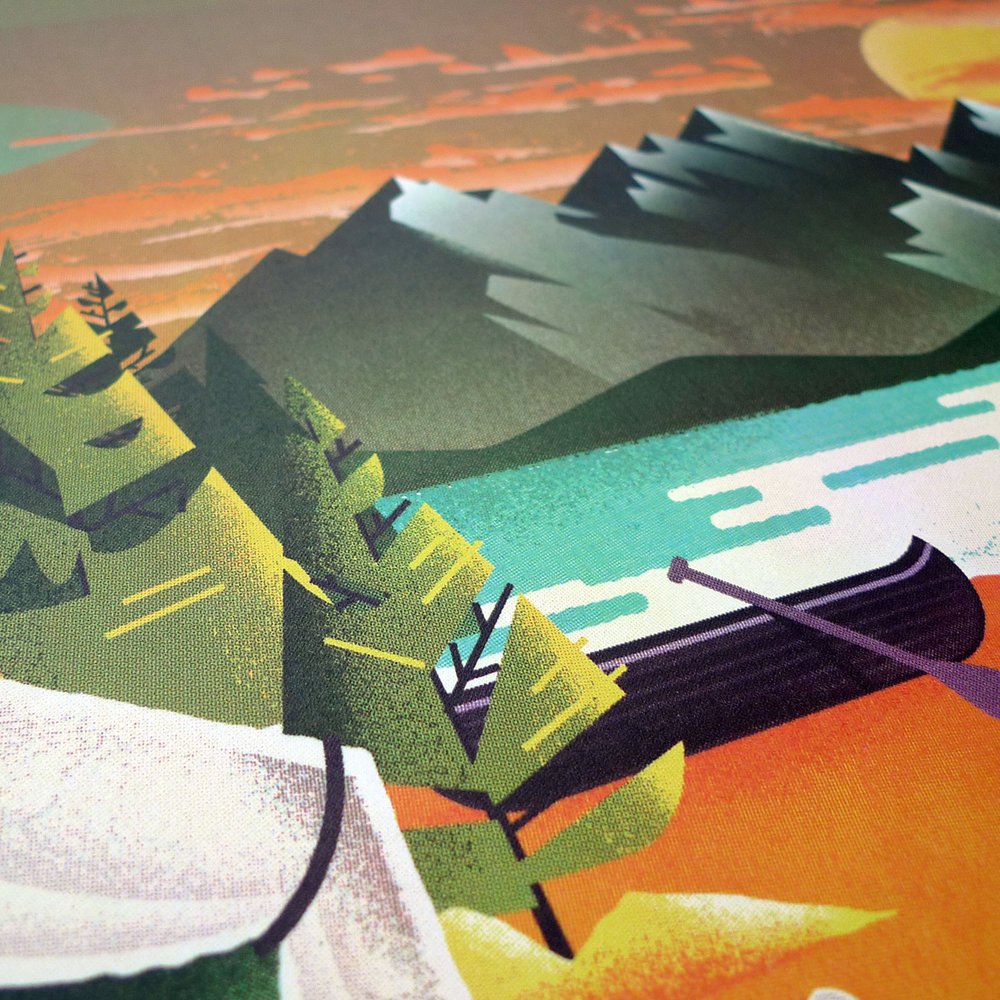 What does being a good designer mean to you?

To me, being a good designer means pleasing the client/project while still being true to yourself and your own tastes. Anyone can put together a mood board of influences and copy stuff they like until the client is happy, but that’s a recipe for leaving the work feeling soulless and generic. For me, the best feeling is when I can find the overlap between the aesthetics of the client and myself, which hopefully keeps the work from looking like it was bought off a shelf. 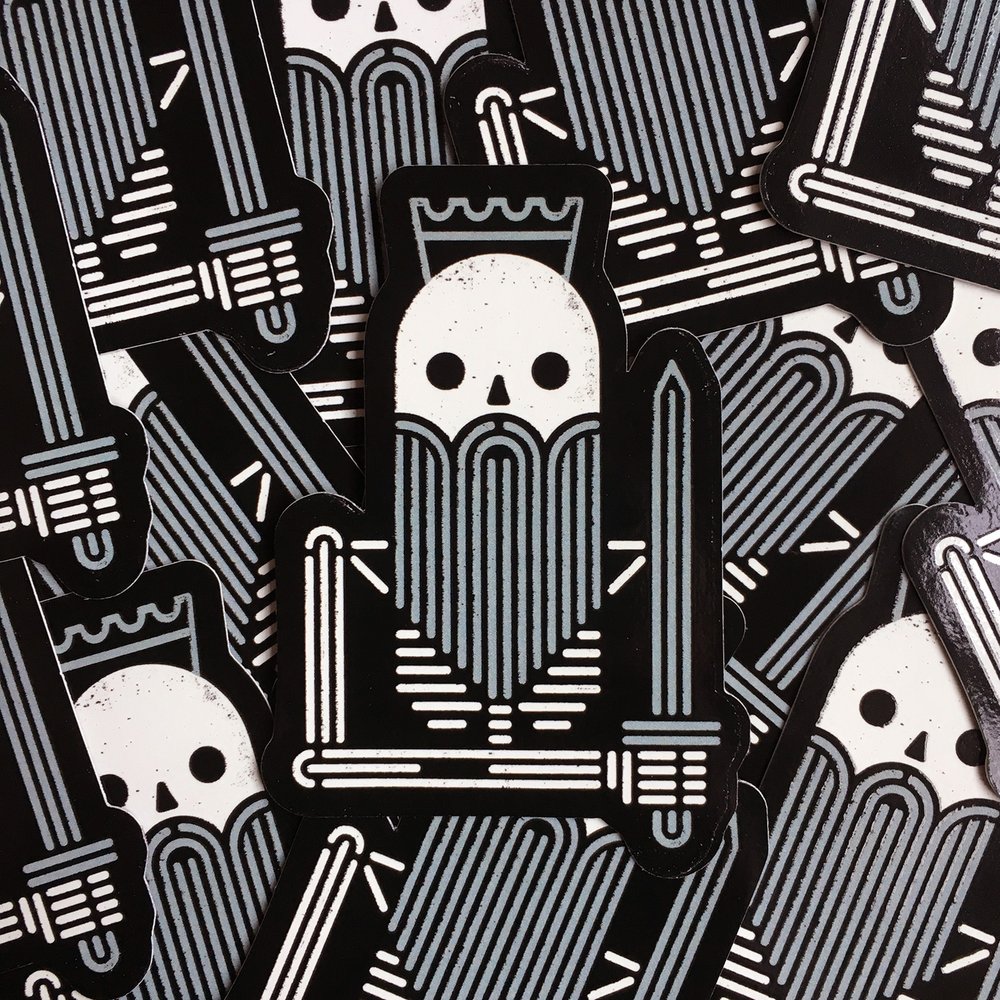 Your résumé is seriously impressive - Patagonia, Nike, and Airbnb are just a few of your high-profile clients. How do you land a big project? And then how do you get started on the work?

Bribery and flattery! But seriously, yeah, bribery. But actually seriously, it’s mostly a combination of being friends with talented people and not being afraid to ask for the work you want. I’ve discovered that talented people are often friends with other talented people, and occasionally that leads to some amazing collaborations. I also spend a lot of time thinking about what sort of clients and work I want, and I will dig through the darkest reaches of the internet to track them out and introduce myself. It doesn’t always lead to projects, but when it does, it feels amazing to know that you landed that fish yourself. As much as design-y people like hiding out in their studios (myself included), you gotta be on peoples’ radar to even be considered for projects! To quote Morrissey, “Shyness is nice and shyness can stop you from doing all the things in life you’d like to.”

I usually like to let a new project bounce around in my head for a while before ever putting a pencil to paper. I think it’s really helpful to chew on a concept while walking around my neighborhood, hiking in a forest, or even just driving around with my mind half focused on something else, and then BOOM! an idea sneaks into the back of my brain that I never would have thought up otherwise. I think it’s a good method for weeding through the expected or trite ideas. 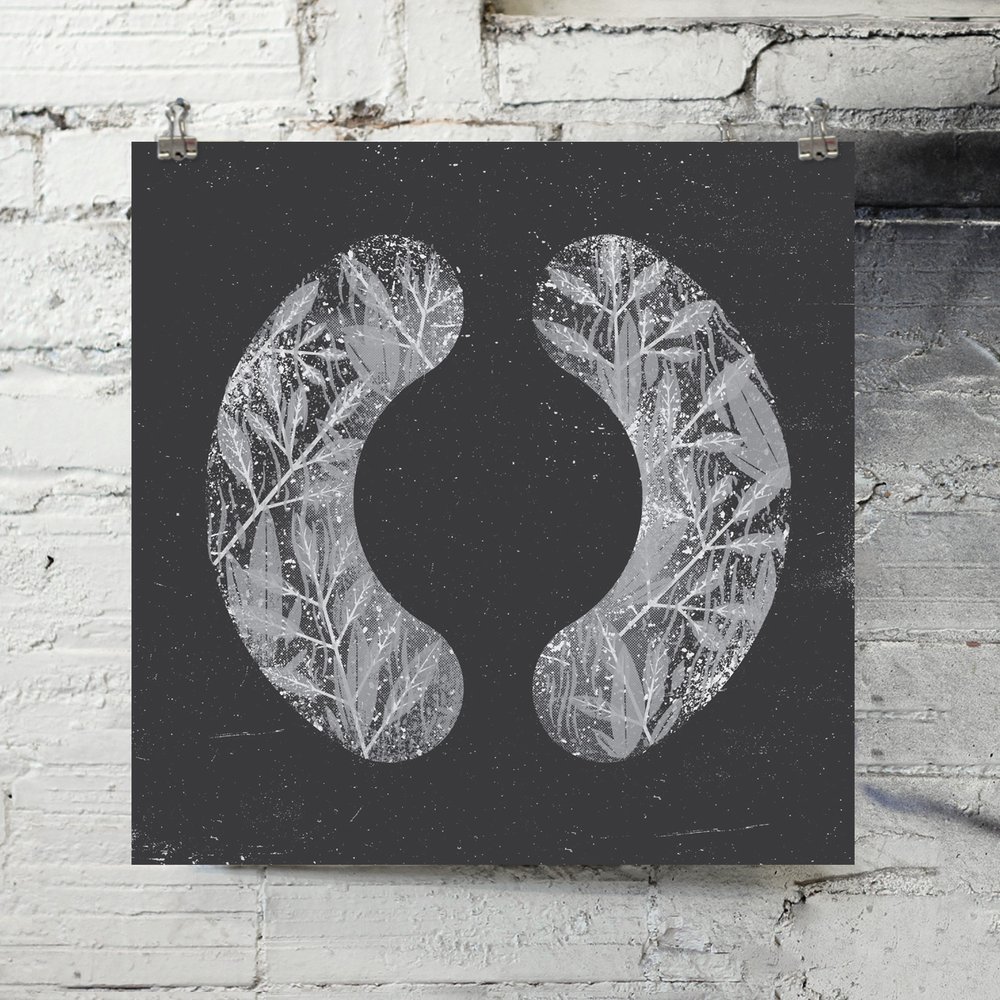 You also focus a lot on music-related projects, working with everyone from The Roots to Phish to recent Grammy winner St. Vincent - what’s your favorite part of collaborating with musicians?

It’s always fun to work with musicians for the opportunity to peek behind the curtains and find out what makes them tick and what inspires them. It’s almost always guaranteed to be something unexpected and totally left-field that results in me making something I never would have made otherwise.

What do you wish you knew when you started? And what would you say is the biggest risk you’ve taken that’s paid off?

I wish I would have been brave and/or confident enough to know that the best way to get new projects and new work is to actually reach out and introduce myself to the kinds of clients with whom I want to work - to actually ask for the work and to sell myself as a valuable partner. No one can hire you if they don’t know you even exist. The squeaky wheel gets the oil!

Without a doubt, the biggest and best risk I ever took was quitting the comfort of my day job to work for myself. The last nine years have been a rollercoaster ride of ups and downs, but I wouldn’t trade it for anything! 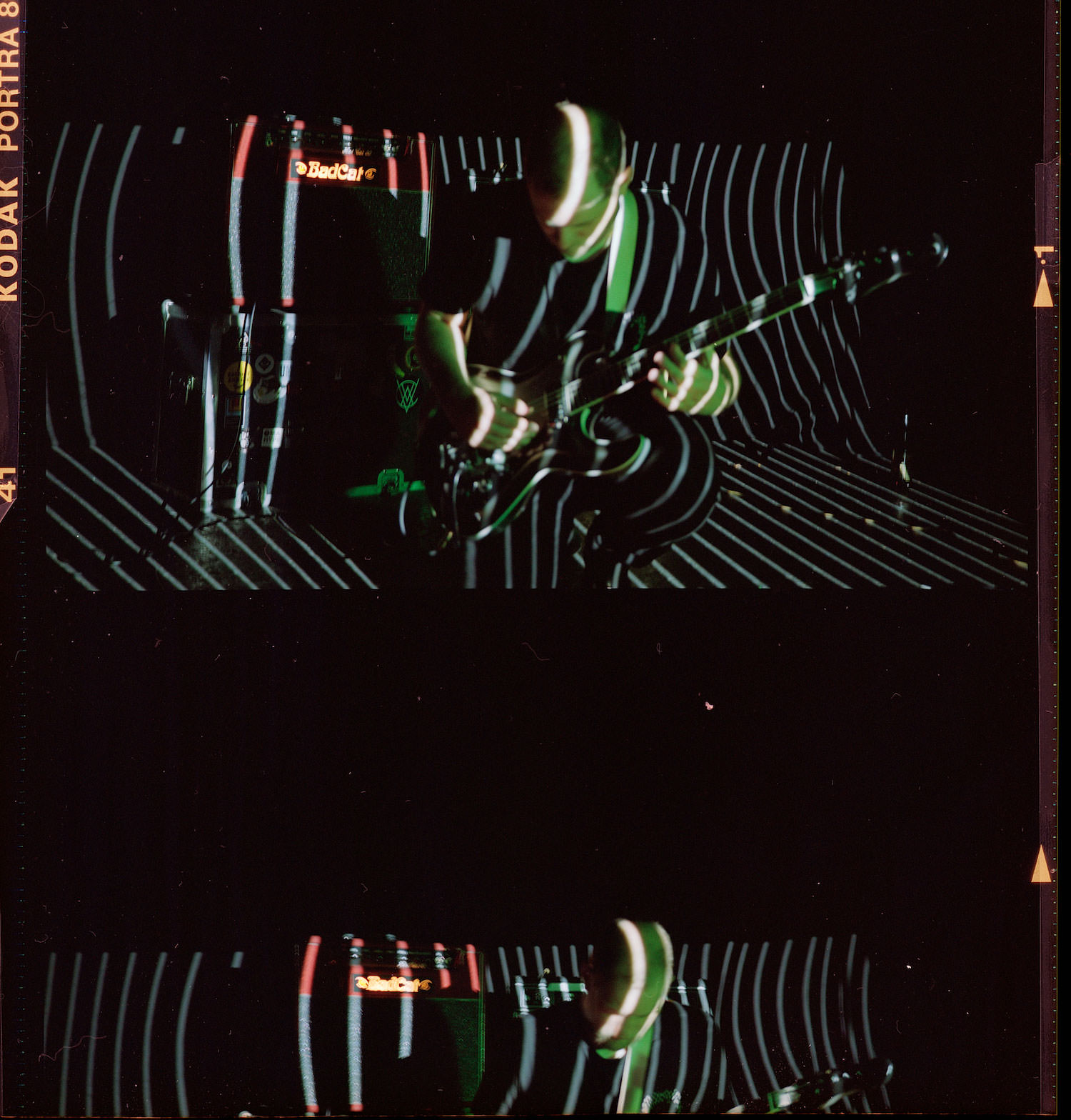 Behind the scenes of Make Something. Photo by Travis Barron.

How do you keep your day-to-day workflow fresh?

I require a regular semi-weekly dosage of outside vibes to keep my brain from melting down. Whether it’s hiking, camping, canoeing, or skipping rocks in a lake, I need some nature to clear the vectors and Gmails out of my noggin.

Visually, I’ve been on a huge Eyvind Earle kick, after picking up the book “Awaking Beauty.” Maybe the best trees of all time. ALL TIME. Musically, I’ve been listening to lots of weirdo 1980s Japanese “city pop” which as been giving me all the wonky, colorful synth flavors I crave.

Marketing at Big Cartel, writer, and dad of three. ✨

A Studio Visit With Sofia Lacin

Make a store & sell your work with Big Cartel.