Combatting Anxiety With Swirl, A Zine That Helps You Cope

Ever have thoughts churn in your head?

Meet Andy Walton, founder of Swirl, a straightforward, accessible guide to managing worry and rumination. Mailchimp’s Kasia Galazka called Andy to learn more about how he uses the Mailchimp for Big Cartel integration to engage the mental health community. 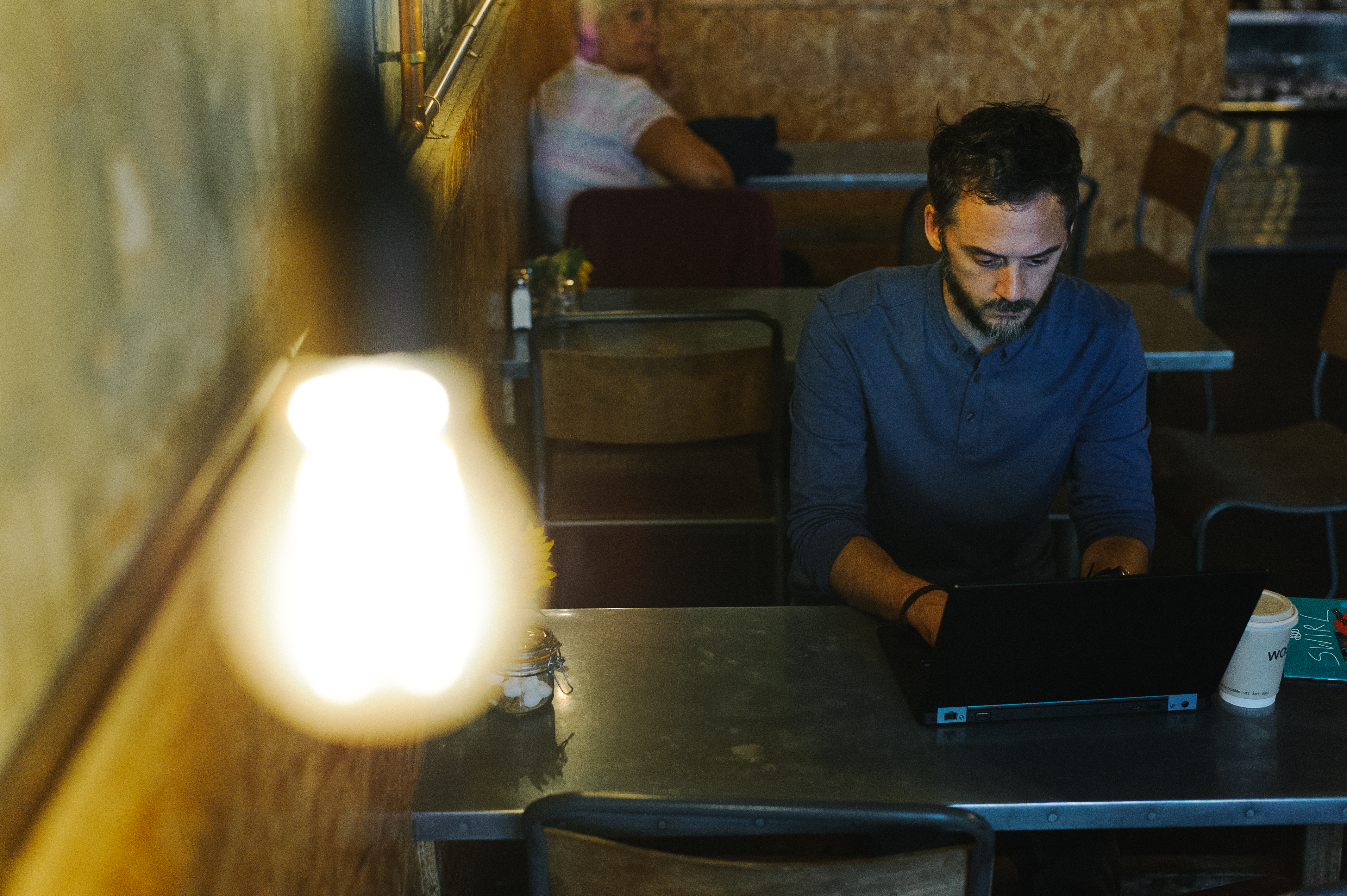 Having struggled with anxiety and overthinking for many years, Andy Walton has read and collected a lot of self-help literature. To his dismay, he found it not only long and boring, but difficult to get through as well - especially for people in an already vulnerable state.

“I felt there wasn’t that many mental health resources out there that were aesthetically pleasing,” says Andy, a community mental health nurse based in Newcastle, England, who works with military veterans. And so he started Swirl, an accessible guide to managing worry that’s vibrant enough to be a coffee table book. “Rumination is thoughts swirling around, so that’s why I thought of ‘Swirl,’” he explains of the name. “I wanted to strip away the everyday medical jargon and stereotypical words, and I wanted to make it engaging and use everyday language.”

“I want Swirl to help readers feel more empowered with regards to managing their mental health - to feel enthused by the zine and join a community more willing and open to share what is going on inside their heads,” Andy continues. “Using Mailchimp to build, develop, and hone a list of genuinely interested individuals to create this community has been integral.” 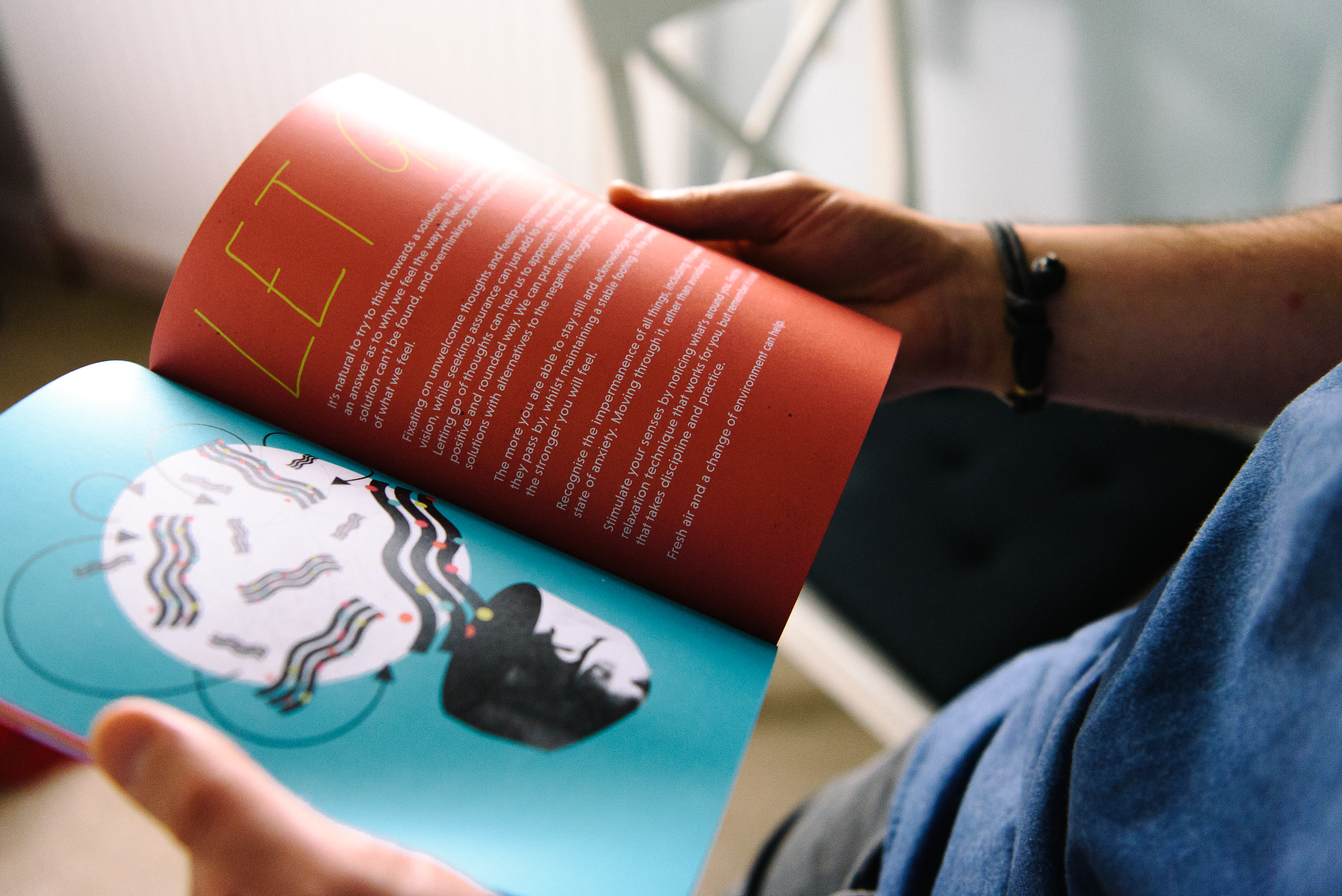 The 20-page publication is chock-full of digestible knowledge about overcoming overthinking that’s intended to relax the reader. It took Andy nine months to get Swirl as short and hard-hitting as possible. But to bring the zine to life, Andy needed some help, so he enlisted creative director Gina Yu, illustrator Nate Kitch, and design agency Studio Moross.

Gina has contributed to publications such as Cooking Light Magazine, Creative Loafing Atlanta, and Thought Catalog, while Nate’s work has appeared in The Guardian, The New York Times, and Harper’s Magazine. Studio Moross has created iconic work for MTV, Sam Smith, Ray-Ban, and One Direction.

“I didn’t know if it would come to fruition. I always thought the wheels would fall off at one point depending on who was able to do the illustrations and graphic design,” Andy says. “Eventually, it all came together.”

Prior to publishing, Andy gathered a lot of research and feedback from principal clinical psychologists, mental health nurses, occupational therapists, service users, and mental health advocates in the United States and United Kingdom.

“Some people said, ‘Why didn’t you use case studies and examples of people who have been putting these things into practice?’ But I always wanted it to be something you could pick up at three in the morning, again, and again, and again,” he explains. “I wanted it to be a guide - a narrative - that didn’t detract from the key messages.” Those messages include developing a toolkit of things that work for you, so that when you’re in distress, you can cope better than you were able to before.

As for next steps, Andy hopes to grow the brand and Swirl community. “We are driven by the goal of sharing what works to manage negative overthinking with as many people as possible,” he says. “We believe the Mailchimp and Big Cartel platforms allow us to achieve this in authentic and straightforward ways.”

Their email list has grown through the Mailchimp for Big Cartel integration, seamlessly allowing people to join the database through the zine purchase. “It’s worth its weight in gold that it’s made it so simple to send order confirmation emails to customers, create a landing page for our newsletter, sync our list and purchase date, and help us develop a list to build our Swirl community.”

Other avenues of growing their list is via their homepage, which displays a mobile-friendly newsletter signup and a concise signup page. “No information overload here,” Andy says. “Just a simple and hopefully intrigue-provoking access page to join our community communications.”

But because the zine is his side hustle, he’s very careful about not letting it encroach on his full-time job - or the time he spends with his family. 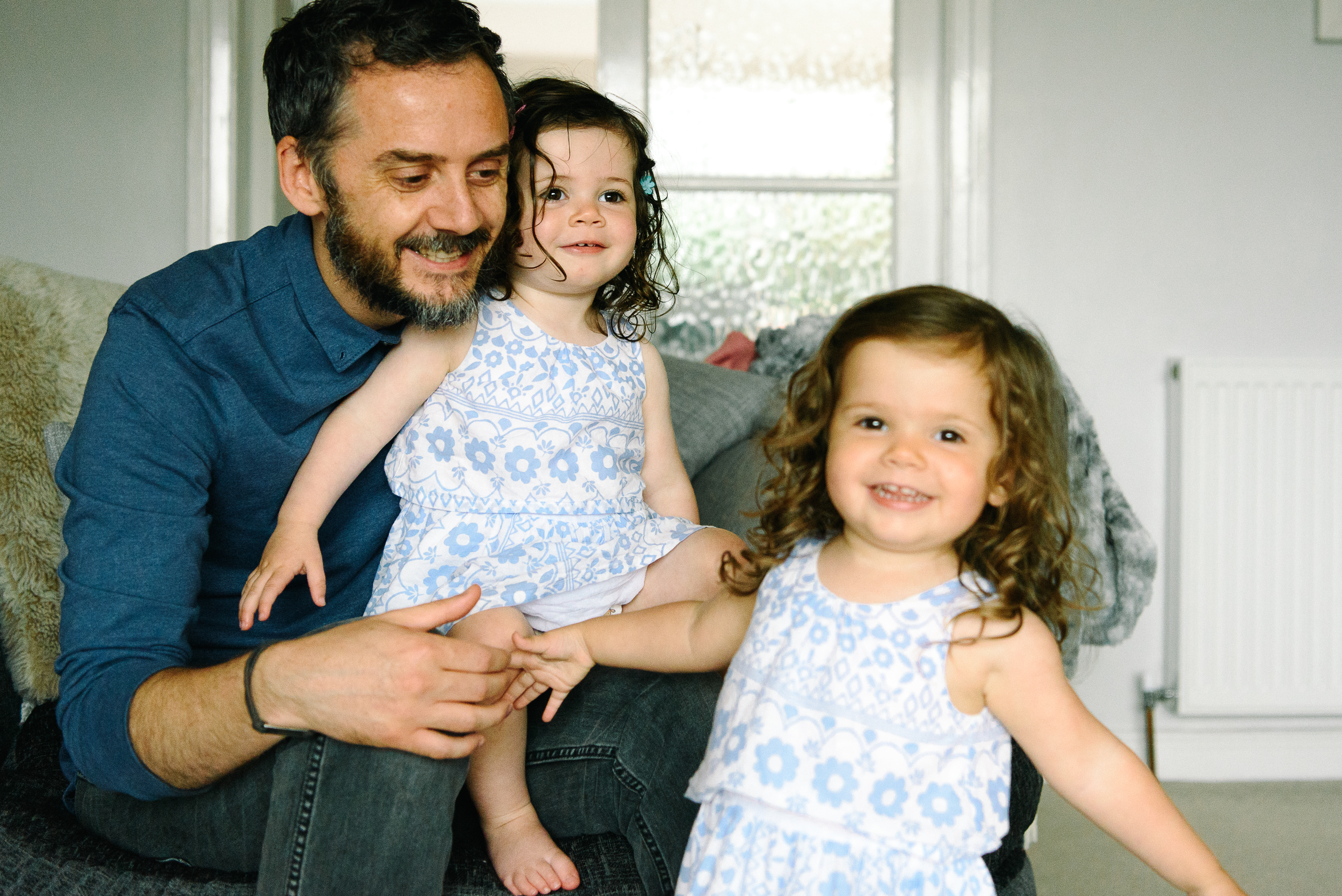 “Big Cartel has been fantastic as a way of selling the product,” he says. “The smartphone functionality is very impressive. Mainly, it’s made it accessible and stress-free.”

But building his brand is more than just about selling the zine.

“Mailchimp is going to allow me to continue that as well, in terms of keeping in touch with people who engage with Swirl,” he says. “Currently we are using Mailchimp to send newsletters monthly and a one-off email shot to those we feel might be interested in our first event based in London this September. This is done by location.”

Andy has already sent several newsletters, which ask readers what they envision Swirl events to look like in the future, as well as feedback from individuals who have found the zine helpful. 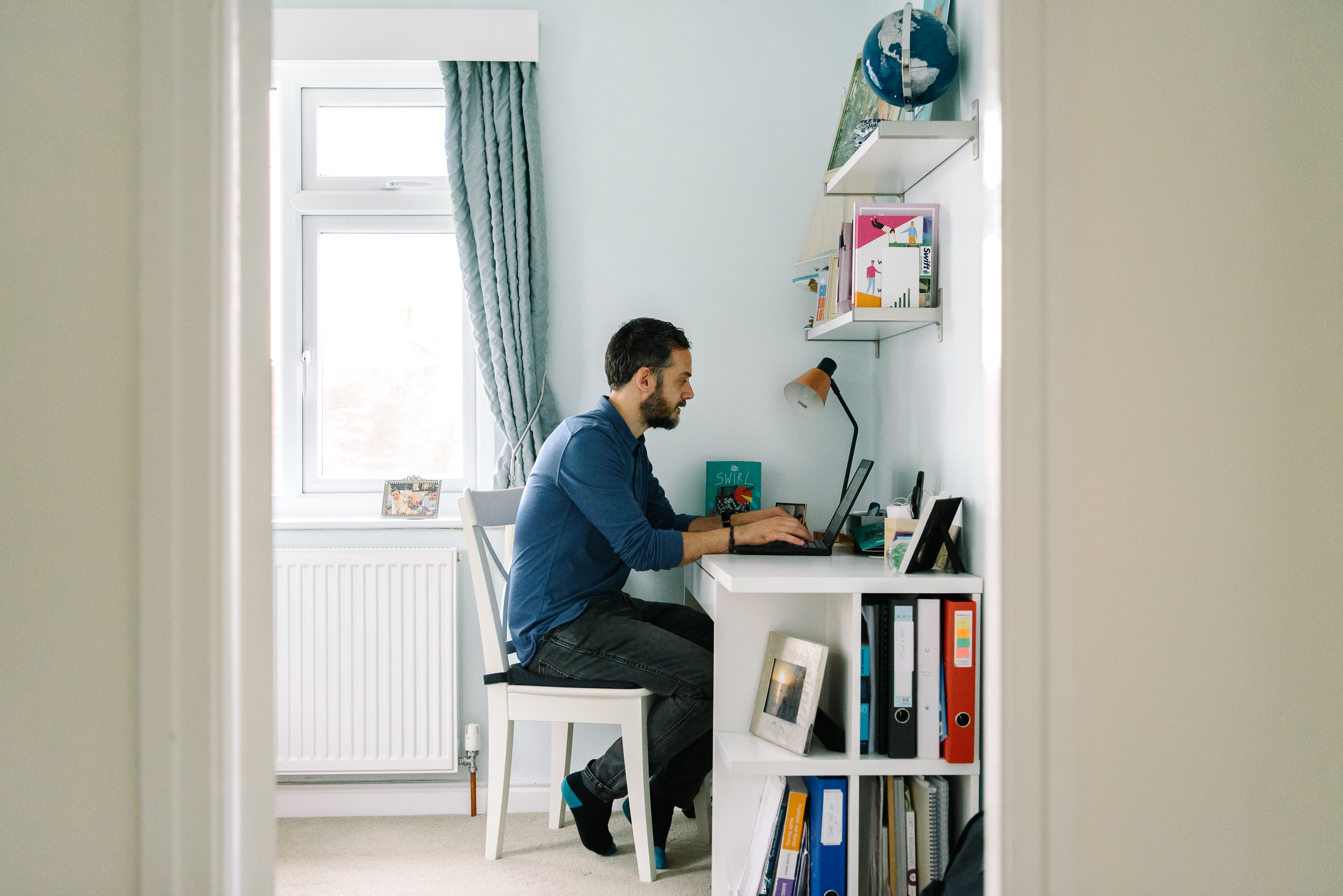 “I think the newsletter function and the store’s brand are going to help us stay in touch with people who’ve initially reached out for this zine,” Andy adds. “We have had some amazing feedback regarding Swirl from service users, mental health professionals, and the design industry, but we will be using the marketing automations feature to clean further feedback in the future from those who haven’t proactively got in touch with us for feedback.”

“With mental health recovery, I think it’s all about having a sense of empowerment,” he continues. “Anxiety and depression work against you having that. They try to keep a vicious cycle of not having a sense of control. You’ve got to really dig your feet in and grasp something that’s going to give you a sense of hope and then roll with it. When you feel that momentum, that’s when you start feeling a bit more relaxed and a bit more happy.”

You can find Swirl at swirlzine.com.

Kasia is a writer for Mailchimp’s marketing team. She likes space, brains, and music.