Claire Taylor Connects with the Cosmos and Keeps Moving Forward

Claire Taylor has come to terms with her humanity. As a child whose existence was not entirely planned, she felt unwanted and misplaced—as if some universal flub had made her human when her soul was meant to inhabit a different species. Her father was emotionally abusive and she found it easier to form safe connections with animals, including her beloved dog, Solomon, who became somewhat of a deity through the artwork she produced of him in grad school.

People still fondly recall the pup whose fanciful adventures Claire depicted with such humor and grace. He lives on through the images that keep his spirit intact, thanks to her ability to capture the raw essence of others—a talent she applies in her commissioned offering, A Study of a Creature of Your Affection. 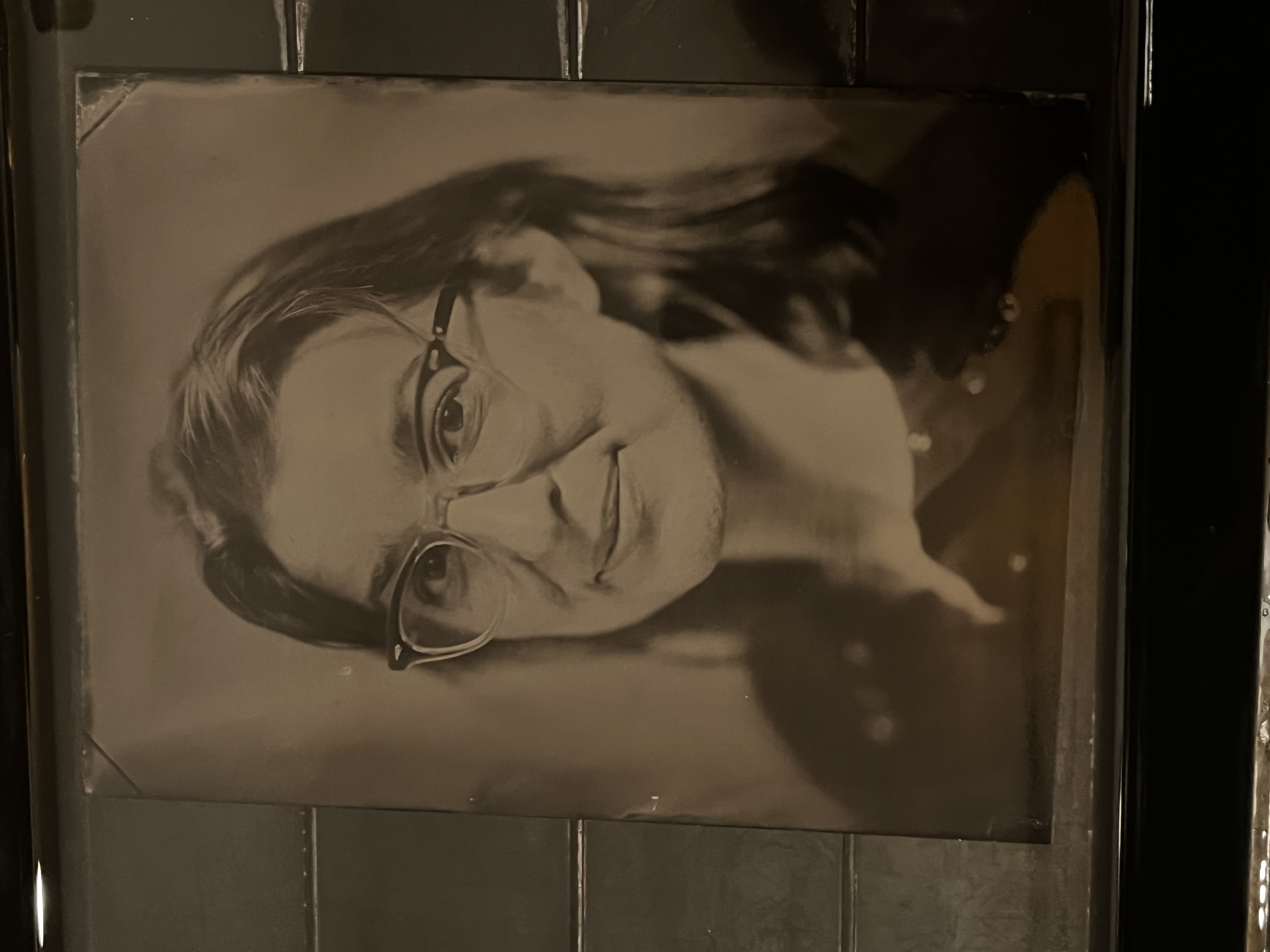 Claire developed the series during the pandemic, when most of her in-person interactions through art became infrequent or nonexistent. She had lost her main sources of income, including an artist residency at the Natural History Museum of Utah, a teaching residency at a local university, and several markets that she relied on to help pay the bills. When she finally received government unemployment assistance, Claire was able to pursue projects she previously hadn’t considered, or that she’d rejected outright. She used to think of art as strictly a solo endeavor, but after partnering with an author in Maine on a book, her take on joint efforts shifted.

“I just realized how much I enjoy working on something that feels like a community effort even if it’s just a community of two,” she says. “It provided a sense of connection that I really valued, and made me realize that even commissions are a collaboration.” 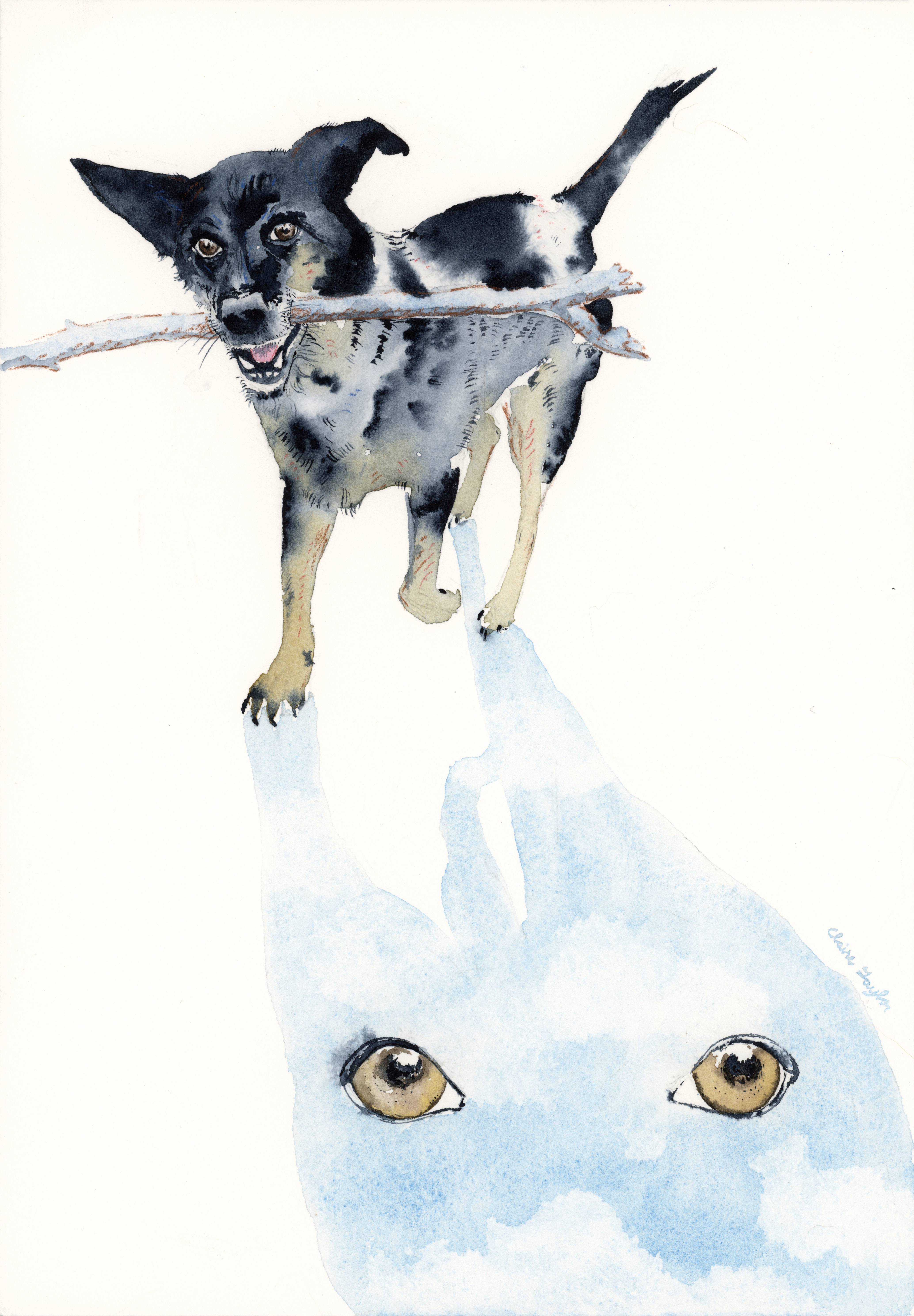 A Study of a Creature of Your Affection continues to facilitate connections with people who request paintings of their loved ones; people who receive so much more than basic renderings of their creature’s outward appearance. That’s because Claire has an uncanny way of understanding animals (human and non-human). She tunes into the world with a curious and playful vulnerability, analyzing her biases and perceptions of every species she encounters—whether it’s a photo of someone’s affection or a very-real snake on the trail, eating a bird; a snake crushed on the road; a snake with yellow eyes like those of her cat, Hazel.

“I like to challenge why I think certain species are cute, why I’m afraid of certain species, why I think some species are grotesque or why decay in an animal is so freaky to me,” she says, adding that she’s equally fascinated by landscapes, like the cemetery full of felled trees knocked down in a violent windstorm that swept through Utah in September 2020. “In some ways that was me processing existential angst. The world started to feel like it was burning, and it was.” 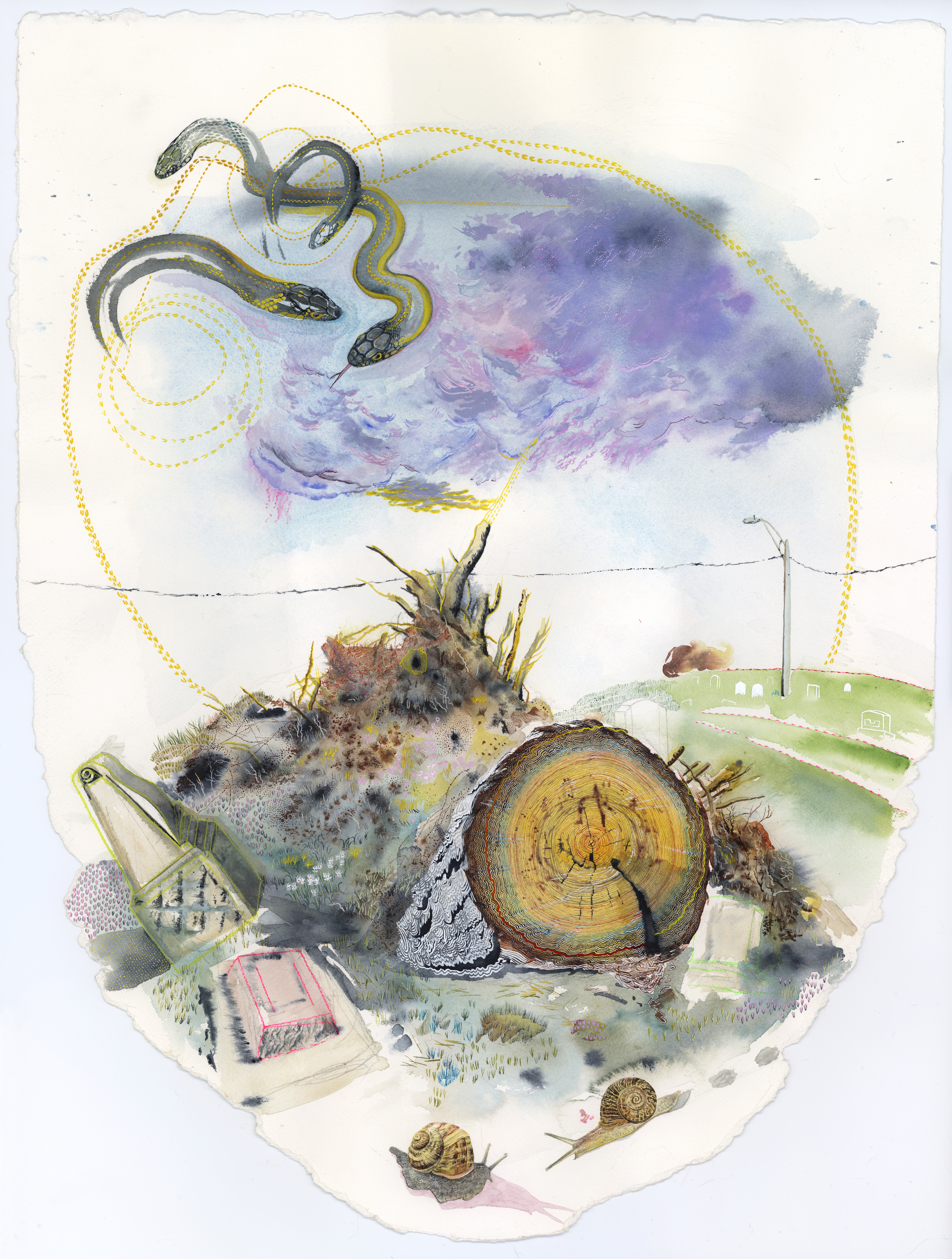 In early 2021, Claire learned that a close friend was diagnosed with cancer. They began taking long walks, and she gave him a shirt she designed of dogs dancing in the stars, which he wore to treatments until doctors made him switch to a button-down shirt. They had dated for four years before Claire ended things, amicably.

“I had this sense we wouldn’t be together long,” she says. “I figured it was because we weren’t a great match as a couple. Neither of us really wanted to, but I felt like we needed to. The future felt like stunted growth.”

When he died, the only artwork Claire made was portraits of him. She put together a ‘zine with contributions from his friends and family, to celebrate him and to process his death.

“I was able to paint him in a way where it was as though, in his expression, he was seeing and understanding something beyond me—that he was ok and content,” she says. “That was in part a process of evolving our connection, and beginning to let him go wherever he’s going. As time passed, I realized I’ll never see him again in the flesh, and that realization is scary. But in some ways it’s for the best, so I can move on like he would have wanted me to.” 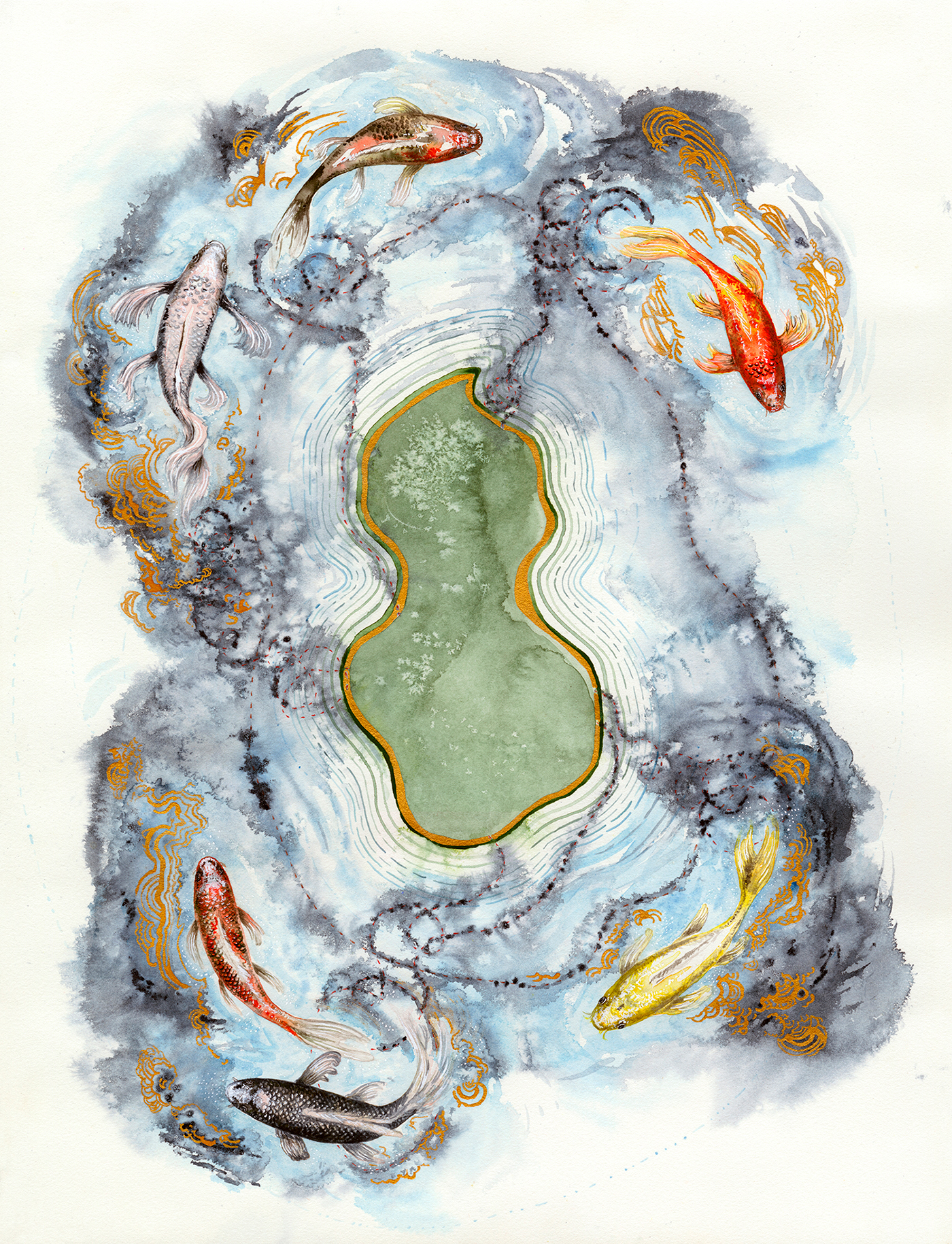 Today, Claire finds connection and meaning in the landscapes she runs and walks through daily; in the in-person interactions that most people will never take for granted again; and through the art she sells through her Big Cartel shop.

“When people are buying art they are supporting the artist. They’re interested in a connection to the artist—to that person or to what they’ve created,” she says. “Every time someone buys my art I feel so grateful. Through people purchasing my work, they’re telling me, ‘Yes, you should exist.’ The validation of my existence is invaluable.”