Building a Business With Smartphone Photography

Susanne Krieg remembers when her online business took off, thanks to her smartphone.

After building an audience of thousands online from sharing her insider photos of Hamburg on Instagram as Frau Elbville, demand grew from her followers to sell her photos. Krieg decided to launch a calendar in time for Christmas in 2017, and after promoting the calendar online, Kreig launched her Big Cartel shop under her Elbville name, and found it was successful enough to repeat again for the holiday season last year.

Once she knew the calendar was popular, Krieg thought further about how she could extend her product range, “I also wanted to produce smartphone based photo guides that you download on your phone and take with you,” Krieg told me over the phone from Hamburg. “I think it’s very practical to produce something you can download to your smartphone, because this is the one device you never leave home without,” Krieg says. 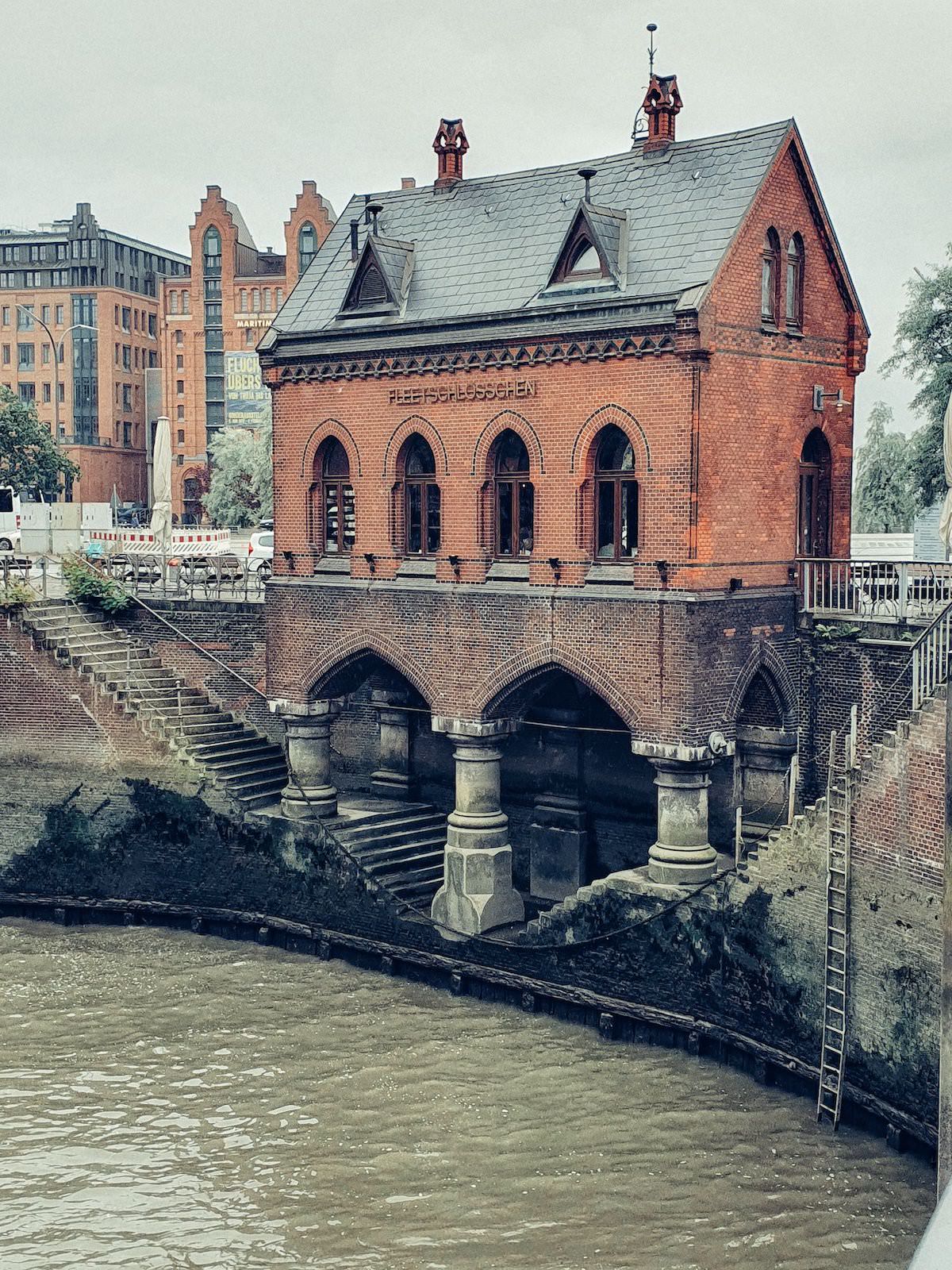 In each of the city guides, Krieg takes you around different areas of Hamburg, usually visiting about eighteen spots, letting you in on some of the best angles, architecture, history and coffee tips to be found in the city. Situated to the north, Hamburg is the second largest city in Germany, behind Berlin. “I take people on tour through the city and show them the best places to go, where to take shots like the one I share on my Instagram account,” Krieg told me.

The smartphone guides were a genius idea. Krieg not only recognized the way people use their smartphones, but how much people love to document their travel, and figured out how to tap into that. “I think it’s a whole new level of travelling, because people try to get inspired on Instagram before they go somewhere. Or they’ll go to Instagram first and try to find places they want to shoot themselves. That was the idea behind my photo guides,” Krieg says.

In addition to her popular calendars, now the Hamburg-grammer also sells the smartphone city guides, posters, and postcards of Hamburg, and recently started offering “photo safari” walking tours too. As a further extension of her skills, Krieg offers consulting to businesses on how to build their own Instagram strategy, as well as content creation, and advertorials on her blog.

Almost all the photos posted to her Instagram are taken with her smartphone, Krieg says. She also shares tips on her own site about the apps she uses to edit photos before publishing them. 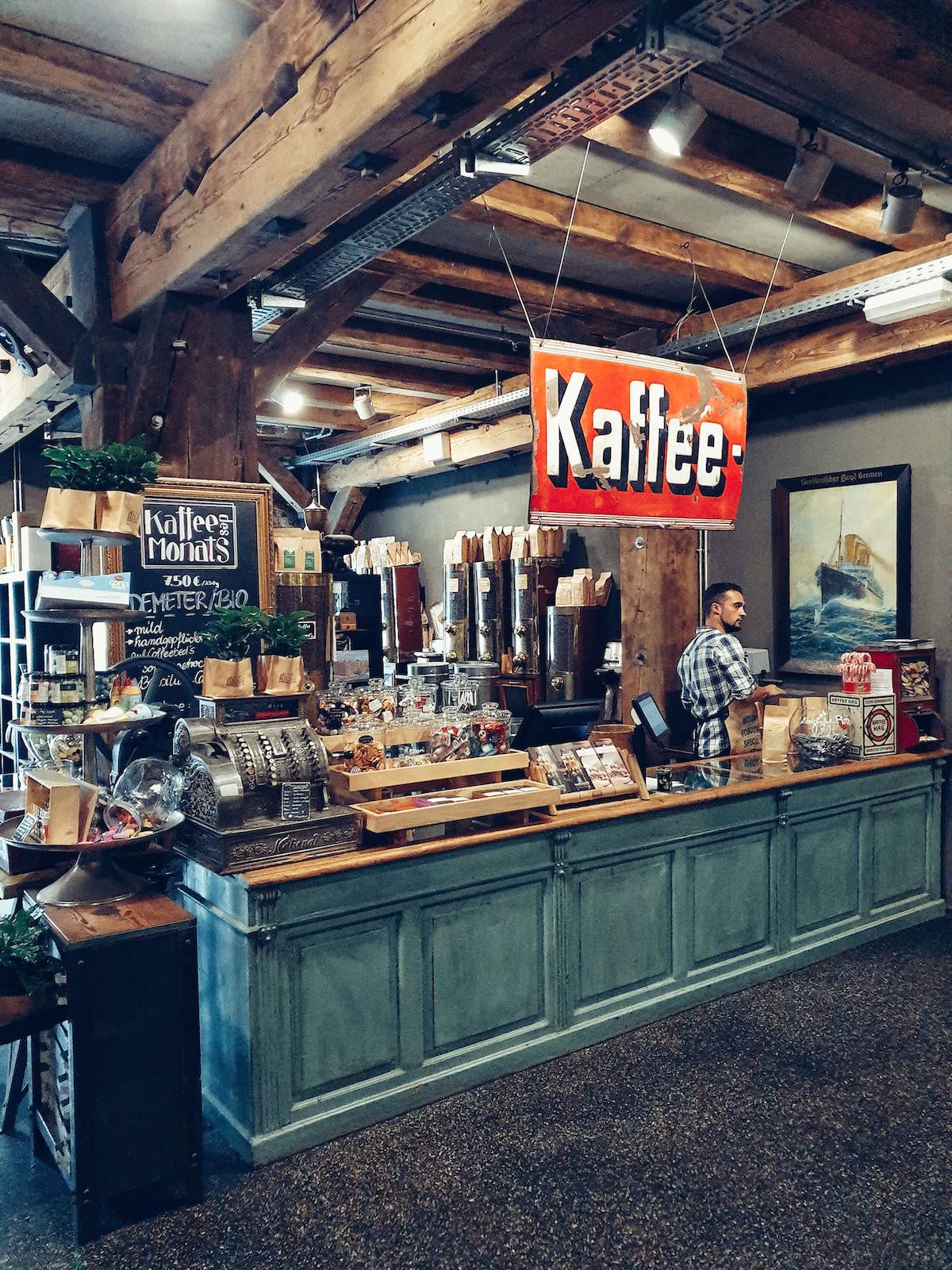 I visited Hamburg two weeks ago to follow the Frau Elbville guide to the Speicherstadt and Kontohausviertel, two areas of the city which were designated World Heritage Sites by UNESCO in 2015.

The Kontorhausviertel is one of Hamburg’s architectural highlights, built in the 1920s and 1930s, it is part of Hamburg’s old town. The area is known for the tall office buildings in the style of brick expressionism of the early twentieth century. The Speicherstadt is the largest warehouse district in the world, with Hamburg being the world’s third largest port.

This particular guide starts off within walking distance from the Hamburg main train station so it was easy to get started, and each stop on the tour was just a few minutes walk away from the next.

When I spoke to Krieg about how she established her following and then set up her shop, I asked her for some tips on running an online business. 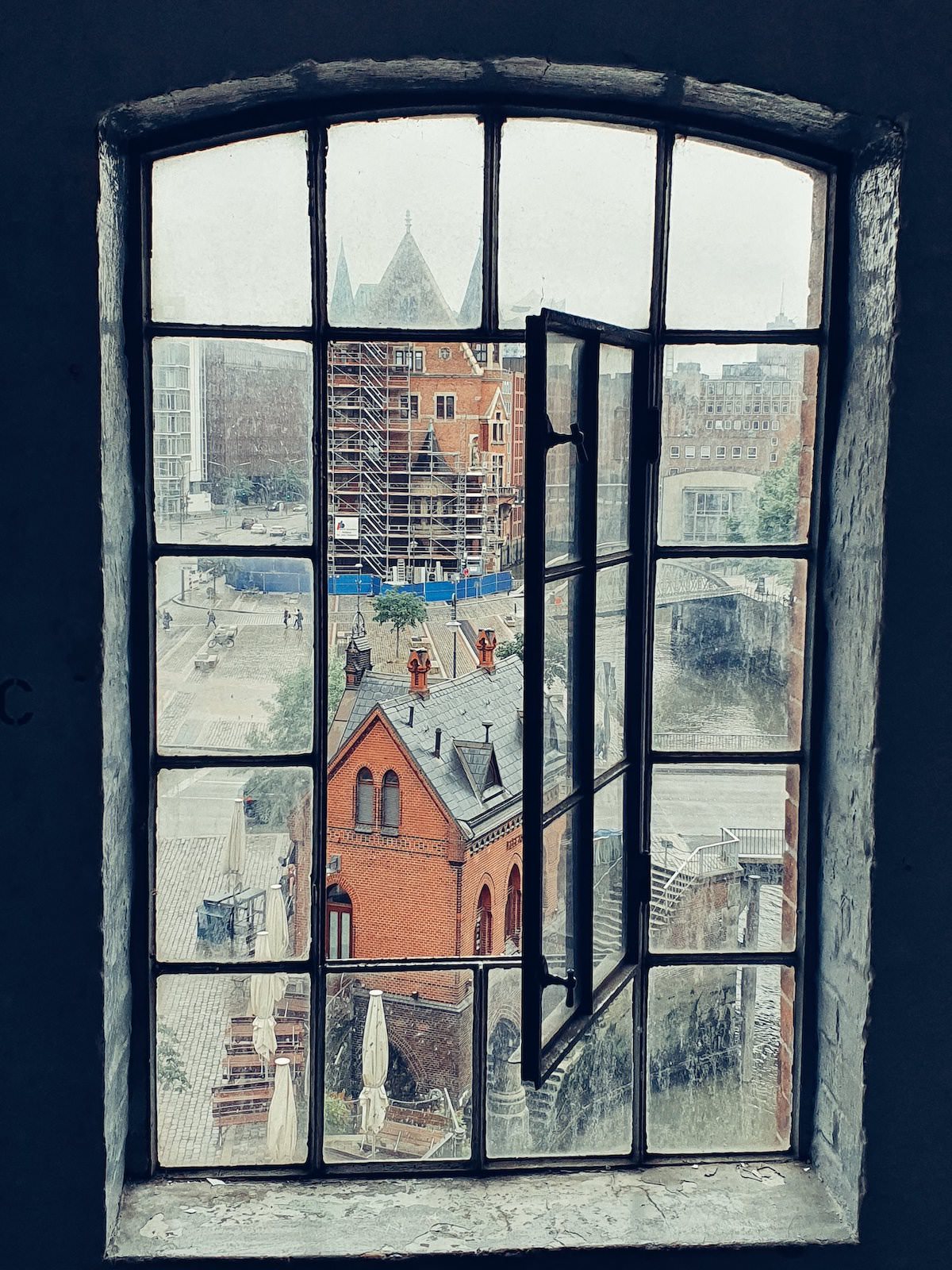 Don’t take your own neighborhood for granted.

Before Krieg had the idea for her online shop, she worked as a journalist for Geo, a German publication comparable to National Geographic. She travelled the world for ten years, “I saw everything but didn’t really pay attention to my own city. I thought I knew everything about Hamburg and that I didn’t need to go around and discover new places.” Krieg told me.

But when she left her job at Geo to work independently as a journalist, she decided a morning bike ride was the best way to start her day, and began discovering parts of Hamburg she hadn’t known before.

“It all began in part because of trying to do some sports - I’m not very keen on running or anything like that, I have to combine it with an aim. So I tried to look up some places I haven’t been to in Hamburg, and I took my bike and rode all over in the morning and took pictures - and this is how I started,” she says.

“I discovered so many new places in my own city that I was really amazed myself, I think it’s a nice thing to discover your own home. After I have seen so many places around the world, now it was the time to discover my own home, and show this to people from around the world.”

Check your statistics and be flexible enough to adapt your approach.

When you have a business account on Instagram, you have access to lots of nice data: metrics on how your promoted posts and stories are performing, and valuable insights into your followers and how they interact with your posts. (Setting up a business account is free).

“In the beginning I thought I’d run my Instagram in English and write texts in English as well, but I realized that a lot of my followers are from Germany, with maybe some expats who have been living here for a while, who can get along with a bit of German.”

Krieg found that her photos received more reactions if she wrote her captions in German. “I decided to switch from English to German after a while. I think it’s a little bit different in Berlin because you have much more stuff in English and only English, you have so many more blogs. That was my first idea, to create something like this here in Hamburg, but I think Hamburg is still not that international. it’s becoming more so, but Berlin is the international place, or the first place when it comes to international audiences. Hamburg is developing, since we have the Elbphilharmonie - it opened the city to the world a little bit more and it’s on the radar, but still right now it’s more wise to write in German.” 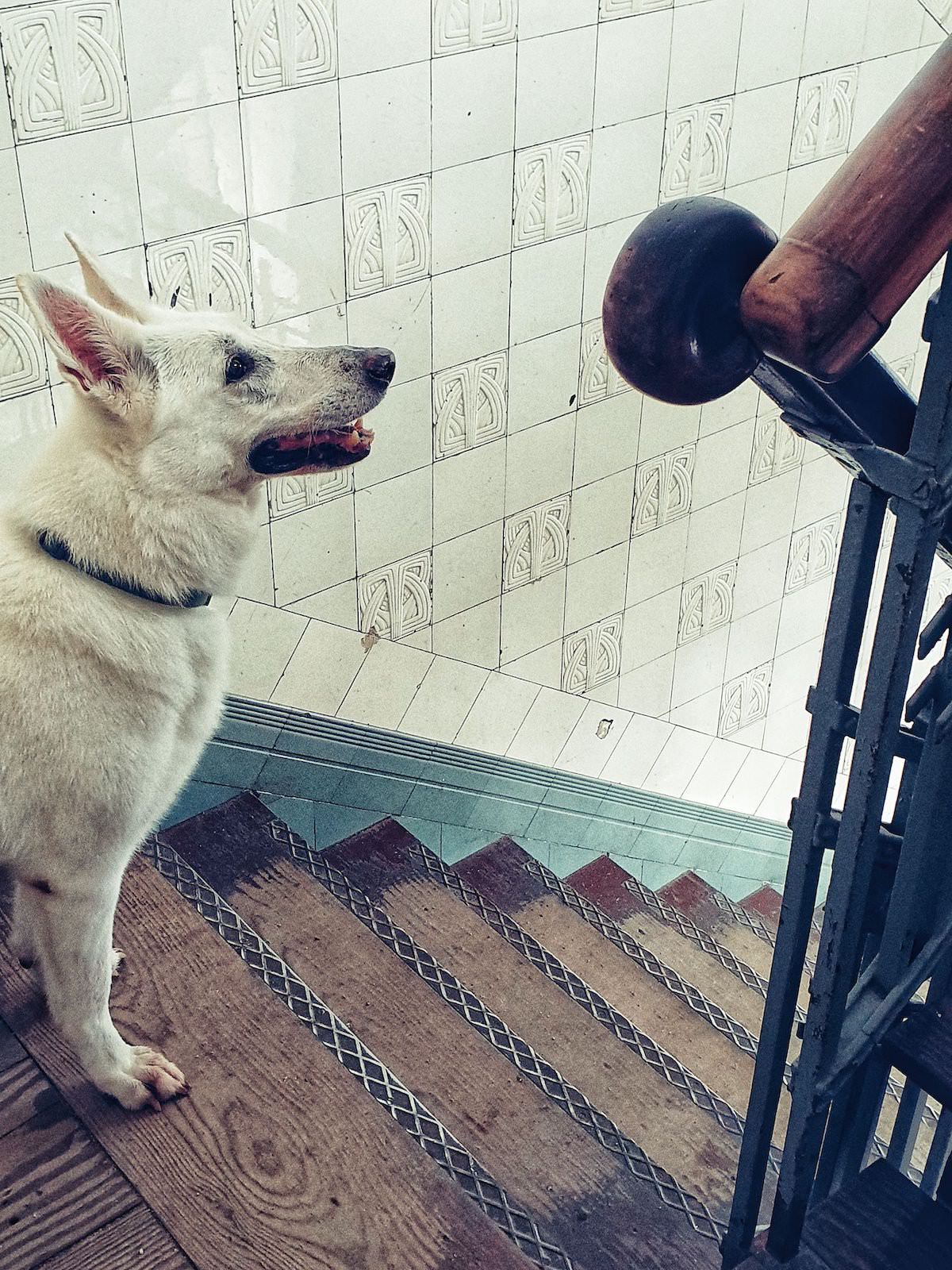 Run your own website, don’t rely on social media platforms.

“You never know what will happen to these social media platforms,” Krieg says, referring to the recent example of Myspace losing years of users data. “My advice is to not only use Instagram, but also run your own website, where you also share your work, so it’s not gone if Instagram decides to delete something of yours one day. Sometimes they have strange rules and get away with closing accounts down. Censorship is a problem, you never know if they are going to censor your stuff - and then it’s gone. But if you have your own website, it will still be there.”

Try to get your target audience from Instagram over to your shop, Krieg says, though it’s not as easy as you might think, she further explains. If people are scrolling on Instagram, they are reluctant to quit and go somewhere else, “You have to be really good and come up with some ideas to get them away from Instagram and get them into the shop,” Krieg says.

“I have discovered that as soon as you hit ten thousand followers, you can do the swipe up thing in the stories, which helps a lot to get people away, they just swipe up, and then they leave the platform. This helped me a lot, I think.”

Calendars, posters, and more beautiful photography of Hamburg are available in the Elbville shop on Big Cartel.

Freelance writer and radio host from Ireland, based in Berlin.

Why You Should Start Planning for the Holidays Now